First of all, wild move going down the steps to see what the bear is up to for a video - but I also very much respect it.

Two friends on vacation in Gatlinburg had a close encounter with a black bear when it forced its way into their rental cabin.

Michelle Eberhart came to Gatlinburg to enjoy a weekend with her husband and a group of their friends. Friday morning, while their husbands were out golfing, Michelle and her friend noticed an unexpected visitor leaning on the back door of the cabin.

“She just started pointing and I was like, ‘what?’ and so I turned and looked and there’s a bear just putting his full force on the door. And then the door opens,” Eberhart said.

Just that quickly, the bear broke right through the locked door and was inside the cabin. The ladies immediately went to a bedroom for safety.

If one bear inside the cabin wasn’t scary enough, there were three more bears lingering around the porch.

Alright that's neat and all but it's not that big a deal. I'm honestly not that impressed and I thi…..

“They got 5 pounds of Reese’s Peanut Butter Cups and a pound of M&M’s and two pounds of Sour Patch Kids and two bags of potato chips… two beers and two Diet Cokes and about 20 Zyrtecs.” Eberhart said.

That's it. I love this bear & its posse. Protect them at all costs.

..And putting myself in their paws: Imagine rolling back to the cave with FIVE POUNDS OF REECES CUPS. Everyone's just waking up from hibernation, they're that ravenous 'coming back from the bar at 3am hammered' type of recklessly hungry and here you come rolling in hot with your squad and the choicest snacks, not to mention about 20 Zyrtecs as allergy SZN kicks into high gear. Hero, legend.

Also - major points to that vacation group for hooking them up with a solid selection. You love to see it. 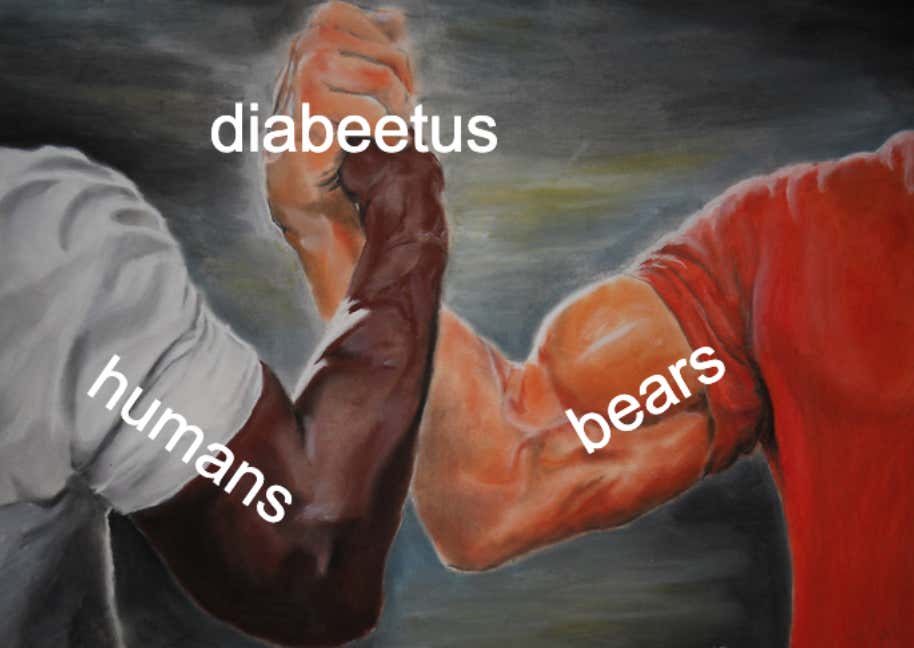