This is quite honestly the most adorable thing I've ever seen. It's like a kitten trying to slap at a puppy. It's like the newborn grabbing your face. You can't even be mad. Like I said it's just adorable. Jordan Watkins is about to be a freshman at Louisville (after he was originally committed to Kentucky).

Now he's clearly referring to the fact that Kentucky completely scrapped its offense for Lynn Bowden last year. But here's the thing. He's talking about it like it's a negative. Here's the slight problem with that. This is what happened last year when little brother played Kentucky.

Wait, hold on a quick second: 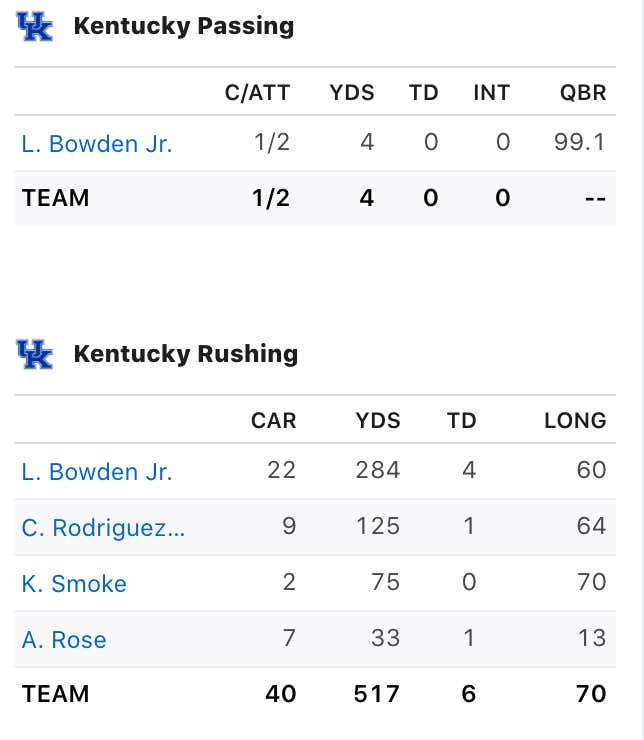 Oh that's right. A wide receiver ran for 284 yards against you. I don't know, maybe don't try and talk shit when you gave up a school record in rushing yards or when you're losing the series against Kentucky. But I expect nothing less from Louisville. They simply don't know how to win - and when they do their banners get taken down. Let's check in on what big brother thinks

PS: Always hilarious when Nebraska chimes in. Blackshirts! Let me know when you finally finish over .500 any time soon.