Maybe I'm being dramatic, maybe not. All we have in front of us are the facts and the facts say that on this day 20 years ago, Glenallen Hill hit a baseball farther and harder than anyone in recorded history. So much so that it landed on a rooftop across the street and some 7+ stories in the air, instantly rendering the cute little foul pole 460 feet away significantly more practical than anyone had once thought 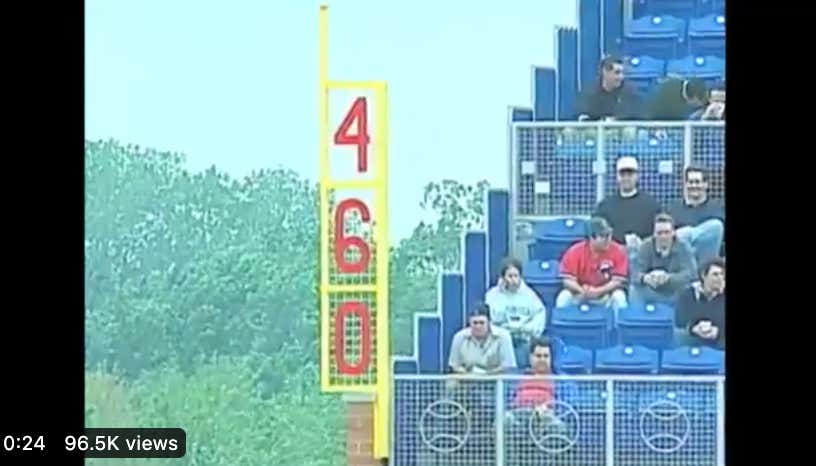 And again - maybe I'm being over the top when I say this almost ignited WW3 but at the same time maybe there's truth to Russia's interest in our robust Performance Enhancing Drug program. If everything I know about Russia is true (read: Rock IV, sitting next to Chief in studio) then I'm left to believe feats of this strength register on their radar. Stuff like this happens and instantly Russia wants a piece of the action with or without any actual damage to Sputnik. The mere threat alone is enough to spark global tensions, it's just a question of whether or not you knew the stakes were raised like this 20 years ago.

Fortunately cooler heads prevailed, continuing a reconstruction period of stable relations between the two global super powers deep into the 2010's. Obviously that all came crashing down in 2014 but at least we got the Oshie shootout.