It was back in early spring of 1974. I was a high school senior and lookin' to have some fun on a Saturday night. My friend's parents were gone for the weekend and he decided to have a house party. It didn't get any better than that. 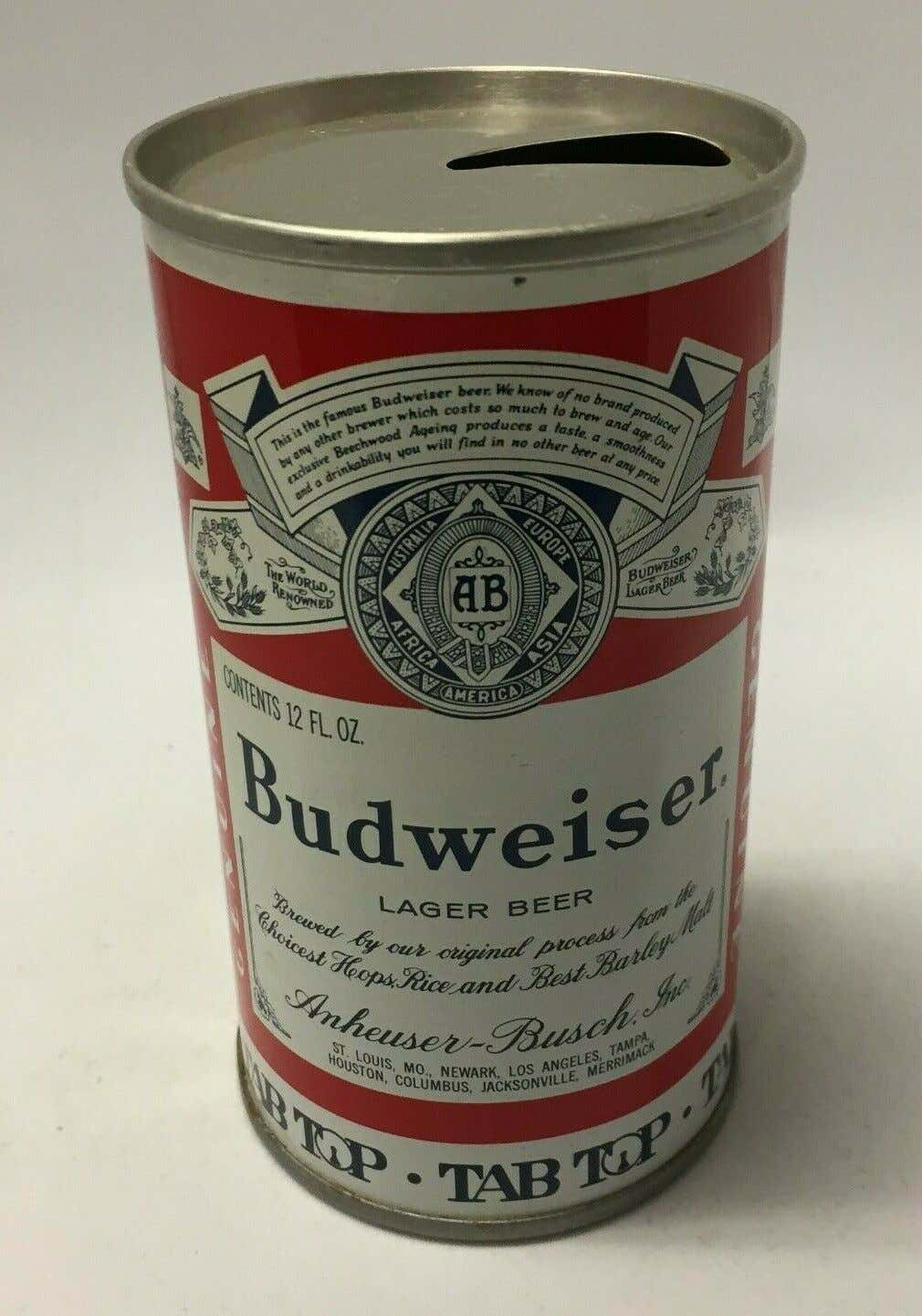 There was plenty of cold beer, loud music, and girls, but we wanted more. We decided to have a séance. A friend of mine and myself attended several séances and told stories of the goings-on, and for lack of better things to do and for pure shits 'n giggles, everyone was pushing us to have one. 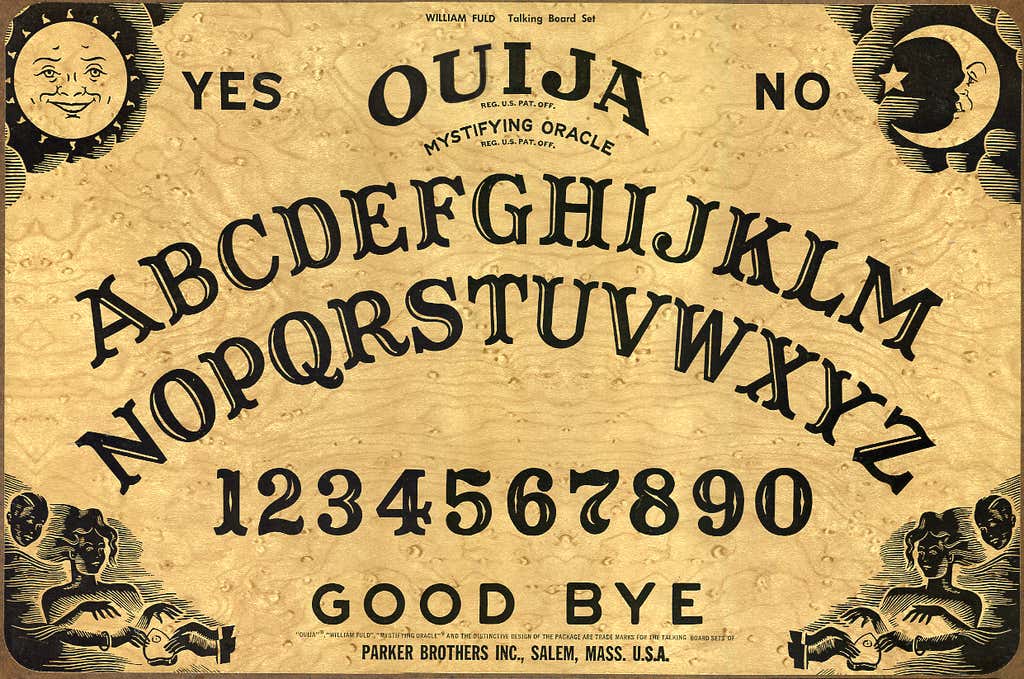 We weren't very formal, no Parker Brothers' store-bought Ouija board for us, we made our own using scraps of paper. The least intoxicated individual cut the alphabet A-Z, numbers 0-9, a "Yes" and a "No", a "Good Bye", and arranged them in a one-foot circle on the dining room table we waxed with furniture polish. Next, we flipped a long stem wine glass on its rim, put it in the middle of the circle, and three people put the tips of their index fingers on the edge of the glass. My friend kept repeating, "If there's a spirit in the room, please indicate so by going to the letter yes". I was one of the three on the glass. 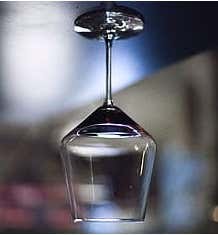 We continued consuming our favorite beverages and after an hour with no results, the glass suddenly zoomed across the table and over to "Yes". That got everyone's attention. People partying in the living room and kitchen crowded around the dining room table where spirits were being summoned, large quantities of beer were being consumed, and since the Surgeon General's warning had done little to change our habits, smoke filled the room.

We agreed that I should come off the glass, to remove any doubts, and so I became a spectator. I gave my buddy some specific questions, ones only I knew the answers to, and the spirit answered them all correctly. At that point, I knew no one was fucking around, we had made contact with the dead, and that I needed another beer!

At one point my grandfather got tired, as spirits often do, and said he had to go. We asked him if there were any other spirits, celebrities, that wanted to talk to us and he said yes. We got all kinds of spirits, even one that claimed he was Adolf Hitler, but when we jumped all over him, saying "We hate Nazis!", he left in a hurry. Then, suddenly, the wine glass went crazy again. We kept our eyes on the letters and someone called them out as the glass zoomed around the table: B-A-B-E-R-U-T-H. Babe Ruth was in the house!

We asked him about all the home runs, specifically the shot he called. Speaking through the make-shift Ouija board, Ruth told us the Cubs bench pissed him off and he pointed towards centerfield, where he eventually hit the ball over 440 feet, past the flagpole. When we told him we were all Red Sox fans he said he valued his time pitching in Boston. And when we offered him a beer and a cigar, he joked about how much he enjoyed relaxing with a beer and a fine cigar, but he didn't take us up on our offer... 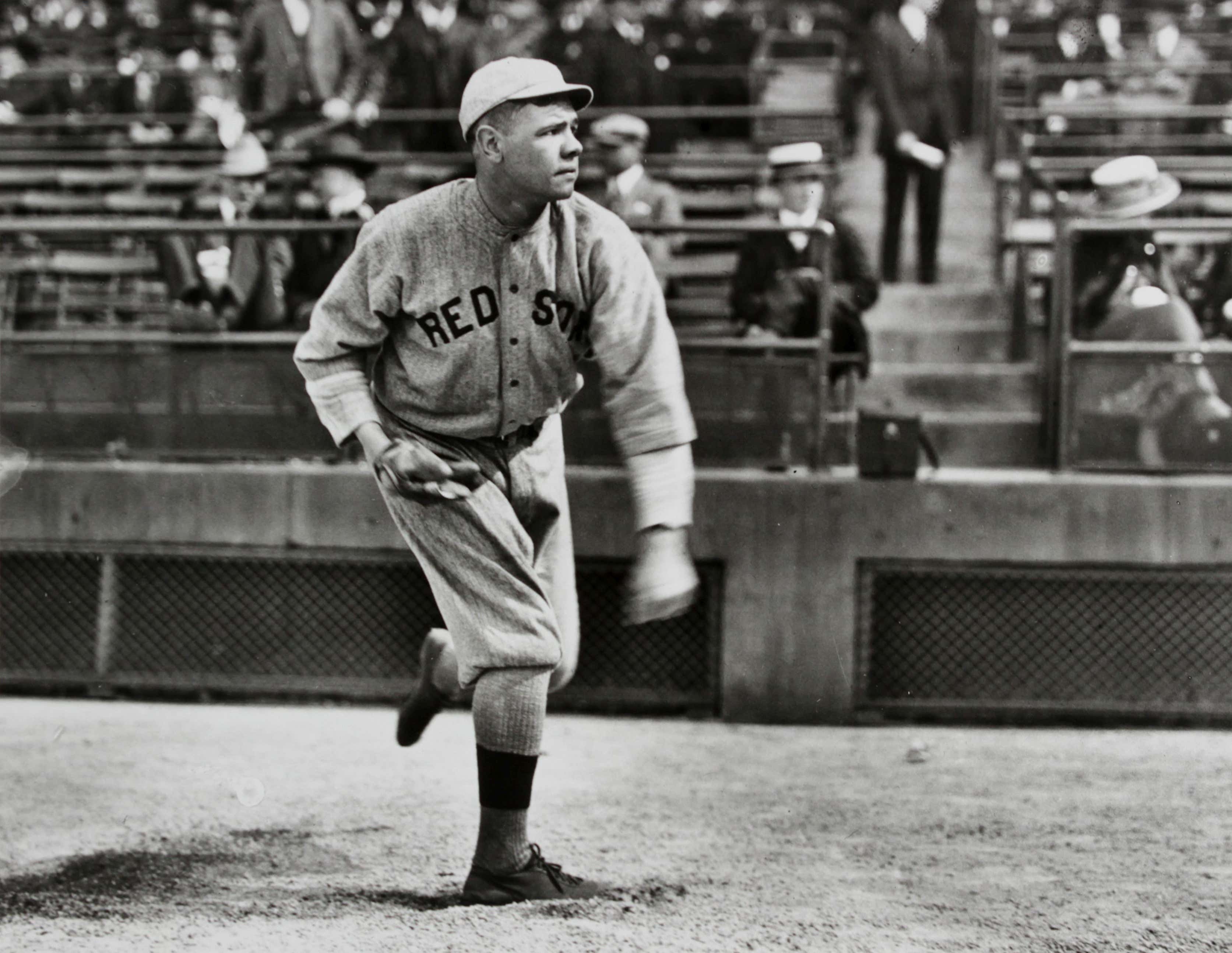 In the morning, we awoke on a floor full of empties right where we crashed, wondering what actually happened the night before. No Mimosas for us, just a couple of cold breakfast Buds to help us sort it all out...