Over the last few days, people have been asking me about my feelings on Michael Flynn. I understand that I’ve built a reputation around the ole blogging factory as being a straight shooter and that’s not just because I qualified expert 8 times on the Marine Corps rifle range. I tell it like it is, at least how I see it, without reservation or hesitation.

That’s why it gives me no pleasure to say that I think Michael Flynn deserves any criticism he is receiving. 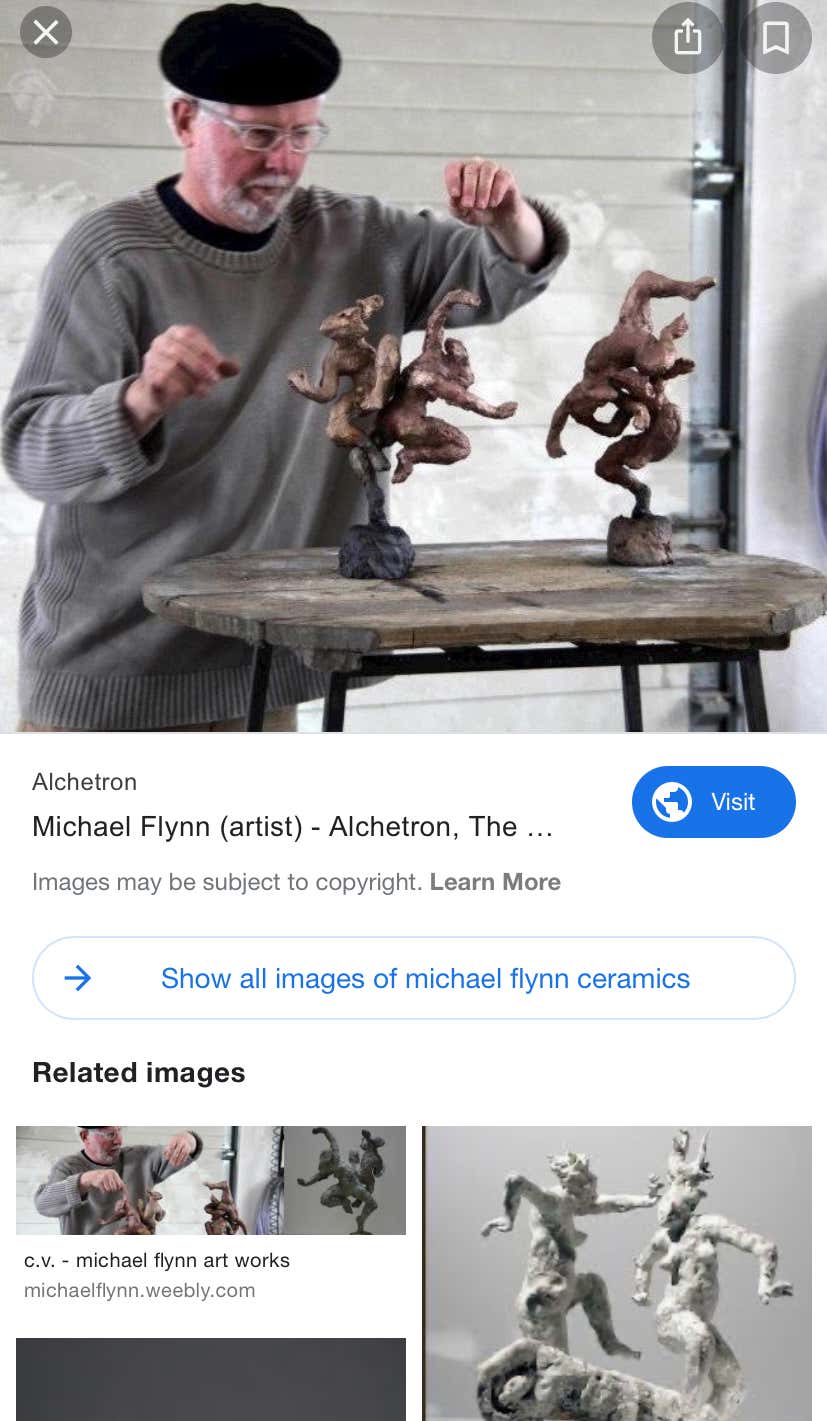 I love sculptures as much as the next stud muffin but I honestly don’t get why there’s critical ballyhoo about these. They looks like paper machete. They look like an 11th grade art project that gets a B- because the student put in the thought for a good idea but the execution was far below standard. We use the term abstract to describe a project that is existing in thought or as an idea but not having a physical or concrete existence. Despite being concrete or stone, the existence here is certainly there but, like an Olive Garden in Milwaukee, it’s nothing to write home about.

Now, for those uneducated few, Michael Flynn, lest we forget, is an Irish artist currently living in Cardiff, Wales and working frequently in Poland, Germany or Austria. He was included in the evolution of ceramics by The Fitzwilliam Museum, Cambridge. He curated several exhibitions, including, ceramics from Wales, Sydney, Australia in 1998.

But, and this is a big but, what has he done to reenter the public minds’ eye to the level which would warrant being a trending topic over the weekend? I have no idea, much like I have no idea what I’m supposed to be inspired by when I look at Flynn’s averagely average sculptures of the last 20 years. My thought on the matter are therefore that I have no thoughts on the matter. Fortune favors the bold so call me chili lime seasoning on white flakey fish.

Pervert. Tits out with a horse head? Why? Unbecoming.