With the news of Jerry Stiller passing today, I felt like the one acceptable way to get the week rolling was with highlights of the one that got away: Jay Buhner. Anybody who has a dad that is a baseball fan can relate to Frank Costanza using his face time with George Steinbrenner to rip a trade instead of discussing the passing of his son.

Now to be fair to Frank Costanza, trading a guy that averaged a 32/100/.260 during his prime with a rocket for an arm for essentially one full season of Ken fucking Phelps is a fireable offense and worthy of a grudge that is brought up every December 23rd. But something tells me those Yankees teams made out just fine with Paul O'Neill patrolling right field instead of Jay Buhner.

Back to Jerry, you know a TV character is great when he can cause someone who he merely mentioned in an episode on a show with a zillion classic moments to trend on Twitter, which is happening right now with Jay Buhner: 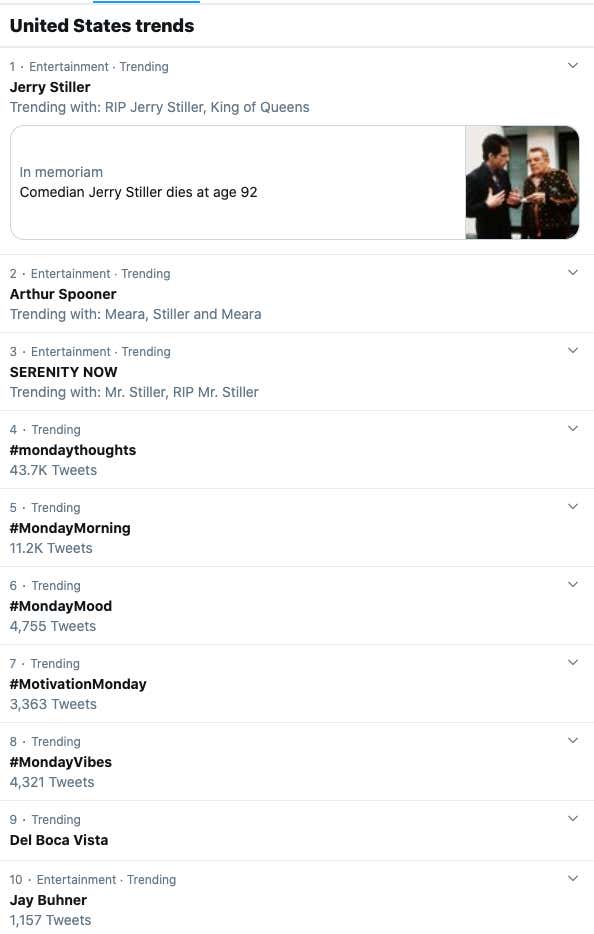 Shit, the entire list of trends is either Jerry Stiller or Monday related, which everyone knows is pretty much the Festivus of days of the week.

RIP Jerry Stiller, an absolute legend of the game.