I feel like we may actually get a taste of football this week now that players have reported to training camp and taken their covid tests, so I am kicking off the NFL coverage with the best kickoff returns from last year. What a concept! I apologize that this is essentially a 2 click blog since the NFL blocks their highlights from appearing on sites like Barstool. Add that to the laundry list of shit Portnoy can scream at Roger The Dodger when he inevitably corners that clown for an interview interrogation.

Anyway, I have had different high points as a Madden player. There were a few seasons where I had better pocket presence than Peyton Manning and others where I could run the ball at will like Lombardi's Packers. But nothing made me feel more invincible than when I was able to return kickoffs almost at will around 2008. There is nothing like changing the entire outlook and feeling of a game by going 100+ yards for 6 points either after a score or the beginning of the half. Shout out to a young Jamaal Charles for being an absolute WEAPON on special teams for me that season.

As for the video above, I forgot all about it until this morning, but Cordarrelle Patterson's kickoff vs. the Saints that most of America watched together because the Bears were on TV wayyyyyyy too much last year was definitely the best Bears highlight of the year, probably the most exciting kickoff of the year and maybe the coolest play of the year as that camera scrolled along with Patterson like that one shot scene from True Detective or Boogie Nights. 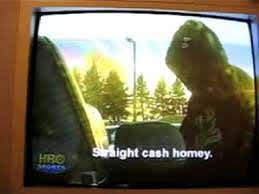