I'm sure many of you are asking "Who, or what the fuck is Doja Cat?"

She's a singer/rapper who hit the scene in 2018 thanks to a viral music video on youtube titled "Mooo!"

Feel free to subject yourself to it below. (There are anime boobs jiggling the whole time in the background if you're into that sort of thing)

She's 24 years old. Government name is Amalaratna Zandile Dlamini. Born in LA, raised in the Bronx, returned to LA to pursue music and social media success. Which she has to an extent already.

She signed a recording contract with RCA Records in 2014, subsequently releasing her debut extended play, Purrr!, as well as the singles "Go to Town" and "So High". Doja Cat released her debut studio album, Amala, in 2018 and a deluxe repackage in 2019, which included the singles "Tia Tamera" and "Juicy". Her second studio album, Hot Pink (2019), entered the chart in over 10 countries including the US, Canada, Australia, the UK, Ireland and New Zealand. The album included the song "Say So", which became popular on TikTok, causing it to peak at number 5 in the US and at number 2 the UK as of May 2020.

She popped overseas before catching on here which is unique.

She was also almost "canceled" by the PC police for past tweets that got dug up from her high school days.

In September 2018, Doja Cat sparked controversy on social media when her Twitter account history revealed the usage of homophobic slurs. In a tweet dating back to 2015, Doja Cat used the word "faggot" to describe hip hop artists Tyler, the Creator and Earl Sweatshirt, members of the musical collective Odd Future. Doja Cat initially defended her past remarks. She stated, "I called a couple people faggots when I was in high school in 2015 does this mean I don't deserve support? I've said faggot roughly like 15 thousand times in my life. Does saying faggot mean you hate gay people? I don't think I hate gay people. Gay is ok." Her response was met by even more backlash, including a critical tweet from Will and Grace actress Debra Messing. In her statement, Messing expressed disappointment with Doja for defending past ignorance and implored her to use her fame and platform for good. Doja Cat has since issued a series of apologies for her derogatory words and deleted her tweets. The controversy generated much discourse regarding the limits of "cancel culture", the growing trend of outcry on social media resulting in celebrities being deserted and careers abruptly derailed following publicized misconduct.

Her newest single "Say So" kind of bops. Pop Music obviously but it's catchy, with a great instrumental produced by the one and only Dr. Luke.

(Fun Facts about Dr. Luke) - He used to be the lead guitarist for the Saturday Night Live Band from 1997-2007 before focusing solely on production. He's responsible for such smash hits as Kelly Clakson - Since U Been Gone, Miley Cyrus - Wrecking Ball, Britney Spears - Circus, Pitbull - Timber, Maroon 5 - Sugar, Avril Lavigne - Girlfriend, Miley Cyrus - Party In The U.S.A., Flo Rida - Good Feeling, just to name a few.

Guy is a hit machine. But he was also involved in a pretty messy court battle with Kesha. She filed a civil suit against Dr. Luke in October 2014 "for infliction of emotional distress, gender-based hate crimes and employment discrimination.  Dr. Luke filed a lawsuit in New York Supreme Court in which he sued Kesha and her mother, Rosemary Patricia "Pebe" Sebert, for defamation and breach of contract."

Anyway, Doja Cat originally released "Say So" back in late December, early January. It peaked at #5 on Billboard. It blew up thanks to Tik Toker Haley Sharpe posting herself dancing to it and everybody following suite.

The tricky thing about the music business is that you can throw another artist on the track, dub it a "remix", and re-issue it to the masses as a new release.

So on May 1st that's exactly what RCA did, adding Nicky Minaj to the remix. And it's pretty good.

Rolling Stone - The new spin on the retro-grooving pop song features Minaj taking on a verse and also closing out the remix, which wraps around Doja Cat’s original hook and rap verse. “Every time I take a break, the game be so boring/Pretty like Naomi, Cassie, plus Lauryn,” Minaj raps on her verse. “They don’t understand the back talk, I’m foreign/When they think they top the queen, they start fallin’.” The hashtag #SaySoRMX was trending high for hours after the release, as quarantined fans of the hip-hop artists tuned in and gorged themselves of the new tune.

In less than a minute Nicki kicked two verses with 5 different flows packed full of metaphors and punchlines. Dunno if Wayne is writing for her again or what but no clue where this Nicki Minaj has been for the last couple years.

So now to get down to brass tacks.

To help ensure the single goes number one Doja Cat proclaimed on the twitter that she'd show the goods.

Don't really know what dumping them out really hard means but I guess we're soon to find out.

The song is currently battling it out for the number one spot against Megan the Stallion's "Savage Remix" featuring Beyonce.

(Which is a banger).

For those of you unfamiliar with Megan's work -

Anyway, it looks like the marketing tactic has worked.

After some extensive research, I discovered the term "Simp" means an extremely thirsty gentleman. 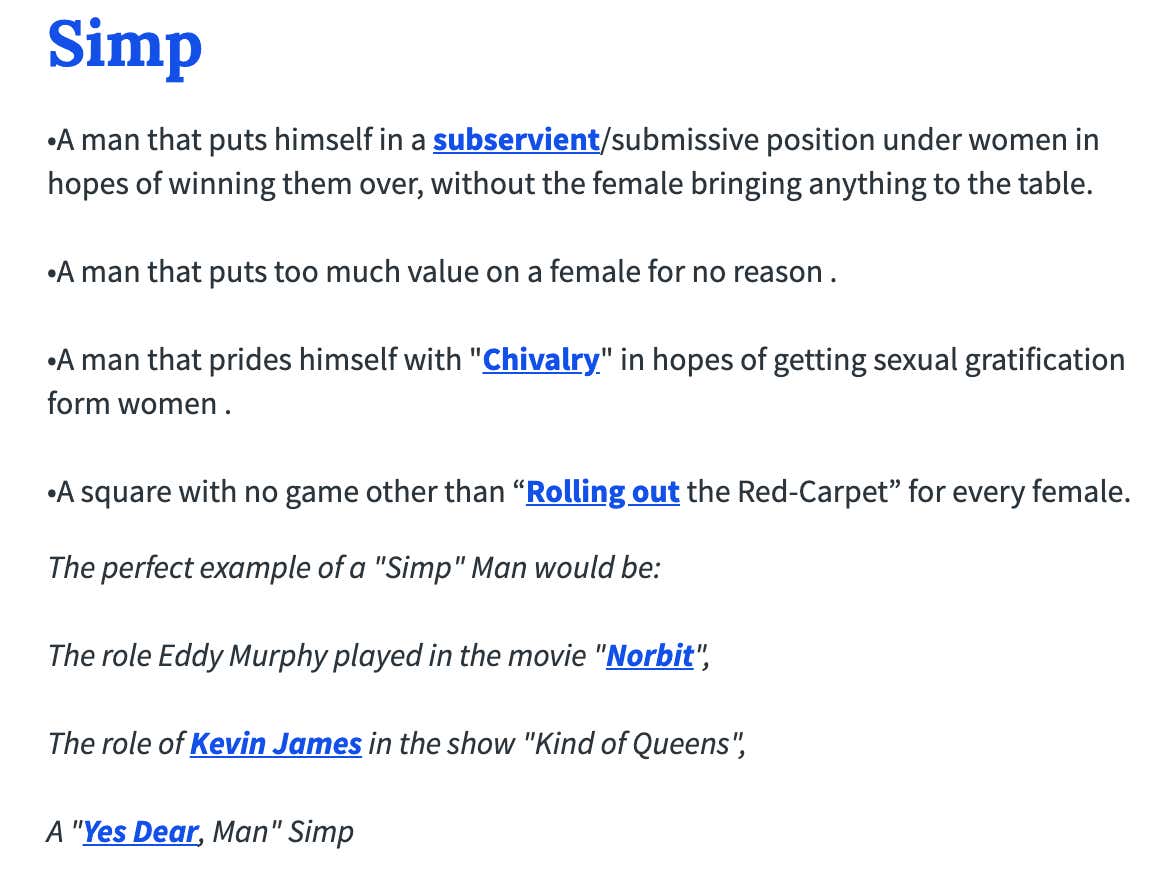 So if you're looking to help Doja Cat out in her quest, give the song a few streams this weekend or buy the track.

As a Billboard reporter, I myself will do my part.

Even though I'm a happily engaged man, I know other's need more documentation to form their opinion. So here you go.