Not to get too nerdy on you guys, but that headline is pretty much the Pythagorean Theorem of smut blogging. You can tweak the variables as much as you want. But as long as you have an ageless smokeshow in her underwear playing with a dog, you are going to get a zillion clicks. That's not an opinion either, it's simple math. And science. And history. And probably English too. But most of all it's just a fact of life. In fact, this blog is probably number 1 in the Top 5 on the Barstool homepage even though it hasn't even published yet. That's just the power of the pussy and the pooch.

And that was our Blogger School lesson of the day (on a Saturday no less!) 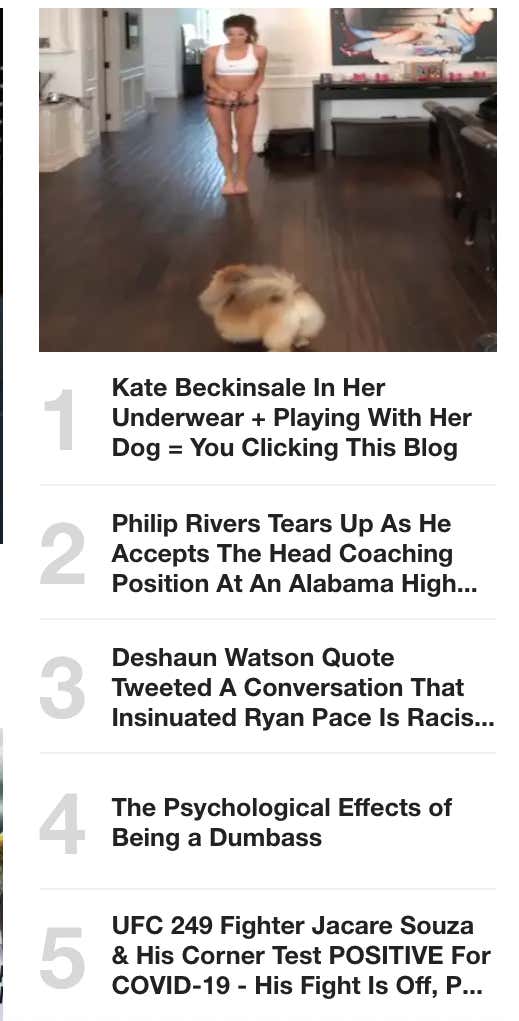