It all started with Pardon My Take. They interviewed their good friend, and number-one overall pick, Joe Burrow and he talked about still having a Star Wars-themed bedroom...

With the story of Burrow living in a Star Wars bedroom making its way around the internet, using photos of my Star Wars-themed home office to dupe people was pretty smart on Quigs part...

There's a decent combination of things involved with this tweet that make it believable: tweeted by a Barstool person, Cavs hat, Ohio imagery, "sweet tech," etc.

But there are also far too many fucking obvious hints as to why this is in no way Joe Burrow's bedroom. 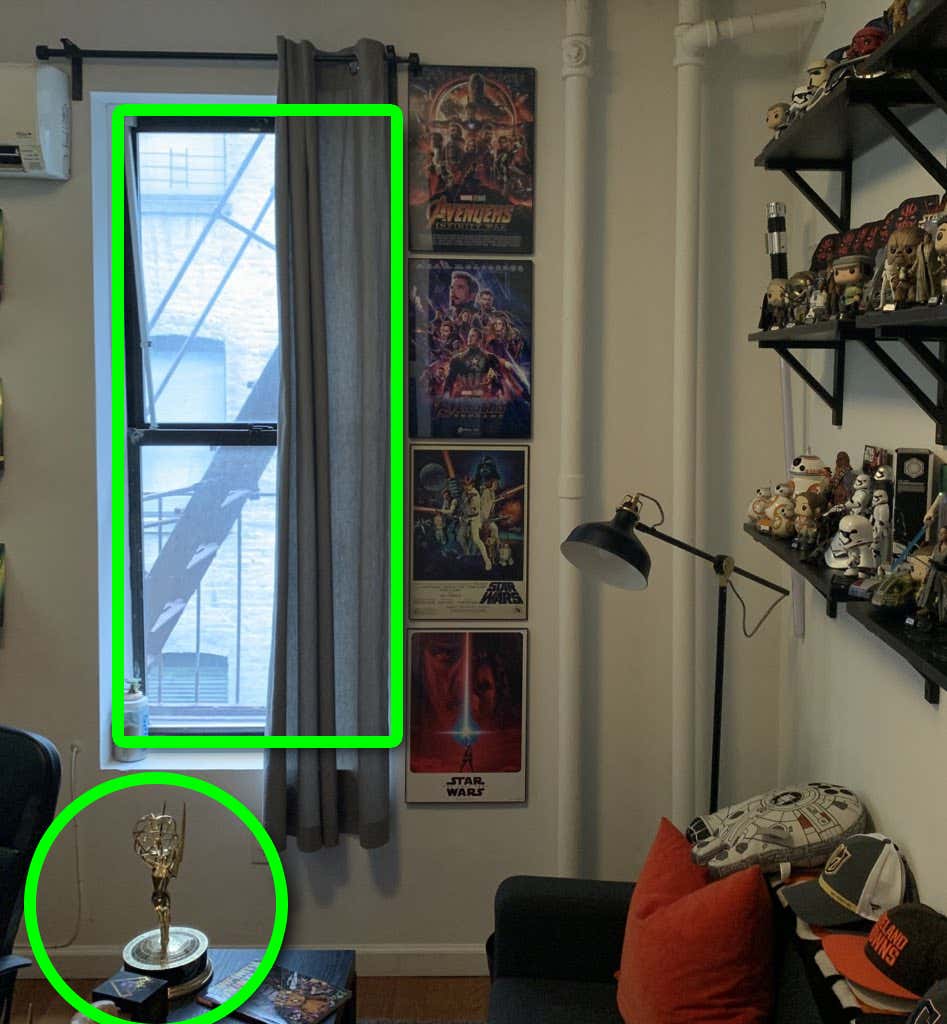 1. Fire Escape and Apartment Buildings: This should be the biggest dead giveaway without question. Joe Burrow, Athens, Ohio kid, was not living in a bedroom (in a house) with a fire escape a few stories above the ground next to an apartment building alley. A lot of sleuths caught this right away. Good on them.

2. The Emmy: Honestly, Joe Burrow deserves the Emmy as much as I do. The work I put into the show was fun and good work, in my opinion, but the particular broadcast we won that Emmy for at Good Morning America had absolutely nothing to do with me. This one should have raised some red flags. 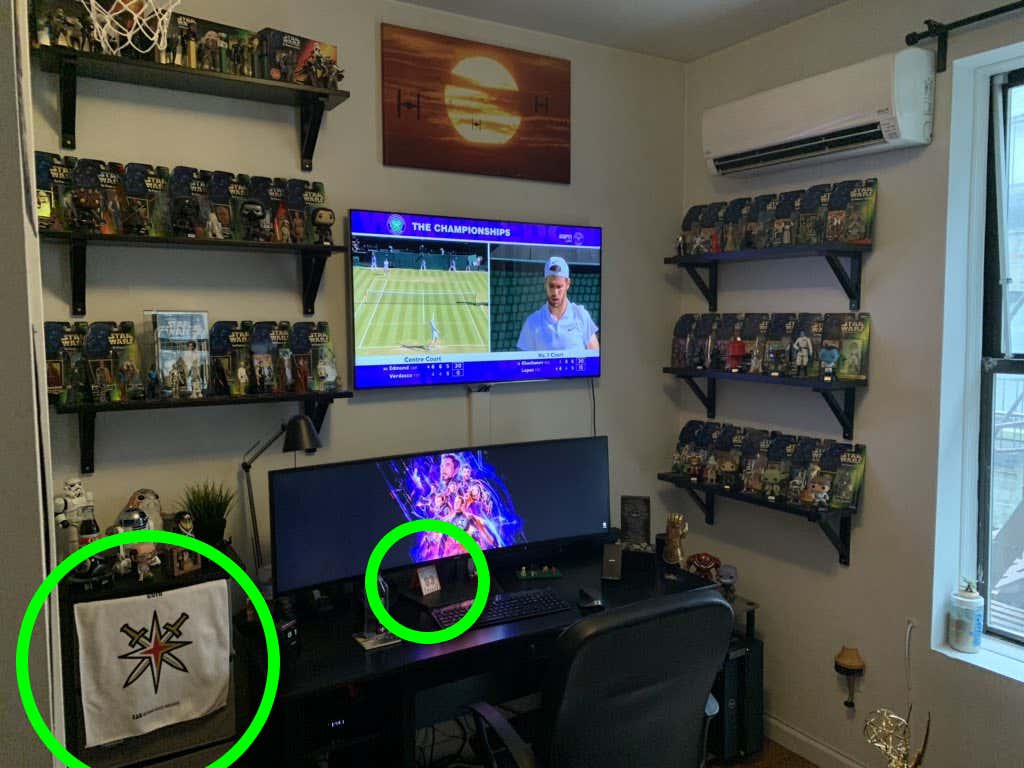 4. Whataburger Number: Joe played football in the SEC, it's very possible he has encountered a Whataburger and stolen a number (like all cool kids do), but the Texas flair just doesn't totally add up here. 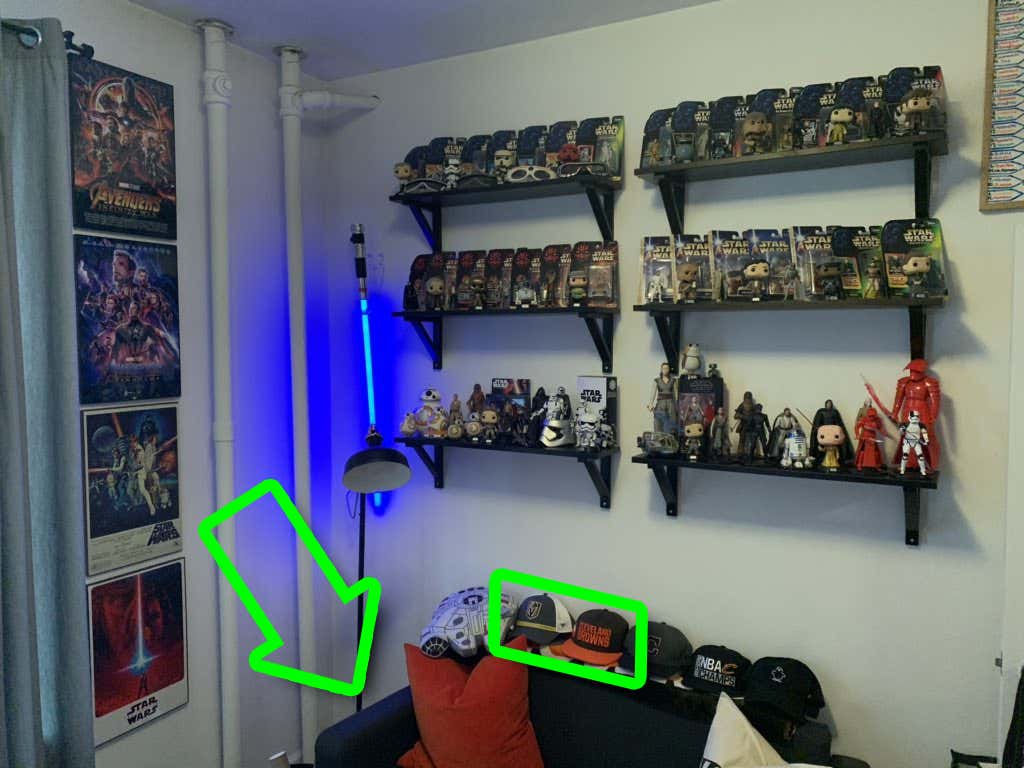 5. Couch Instead of Bed: Were Joe Burrow's parents demons? Was he not allowed to have a bed in his room? Just a very small couch?

6. Cleveland Browns and Las Vegas Knights hat: The Las Vegas hat isn't that crazy, honestly, but for such a public figure you'd think people might know that bizarre fact. I am a Cleveland sports fan who adopted the Knights, it's very possible that Burrow was never a Blue Jackets guy. The Browns hat, however, should be another big dead giveaway, right? You'd have to think that after being drafted by the Bengals, he wouldn't deck his room out with a few pieces of Browns merch.

A lot of people figured it out, but a whole lot more didn't…

Then you had the Browns and Bengals crowd…

…and the crowd who just cares about my computer monitor.

…and the people who figured it out immediately because they listen to the podcast.

There were also some people who were fucking furious with Quiggs and replied to everyone in the mentions making sure they knew it wasn't real. One guy even dropped the fake news hammer on him…

Anyway, yeah, that's my office. It has a solid TV, great computer, terrible cable line running through my wall, a wild Ultrawide monitor (amazing purchase, by the way), some cool collectibles, Emmys, a fake Cavs championship ring, a massive NCAA Tournament whiteboard bracket out of frame, and some more stuff I enjoy. I don't sleep in there, because that would suck ass, but it is my home office and not in-fact Joe Burrow's bedroom.

Joe Burrow has a standing invite to talk Star Wars, cartoons, and more on Lights Camera Barstool. I wish him the best with the Bengals except for when he plays the Browns.