I guess the only hoops I've seen recently has been old highlights of the greatest (human) basketball player of all-time. But I stand by my statement. At least MJ has competition for the throne with people constantly deciding to #embracedebate about Jordan vs. LeBron, no matter how little we want to hear it. But who do you consider to be even close to this dog's level considering he learned to fly using his tail like Tails from Sonic? Air Bud? That's just some elitist Hollywood actor that I heard doesn't even do his own stunts. This very good boy not only can dogskywalk but he also gets his own rebounds, even on makes! 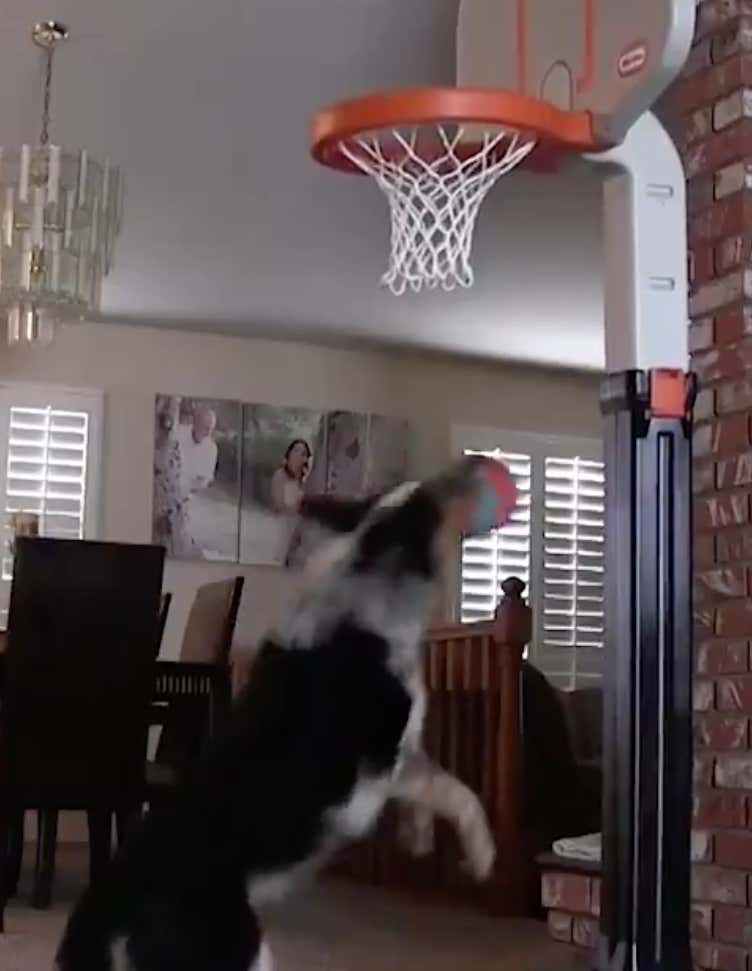 That dog can fly like Jordan, clean up the boards like Rodman, and gets paid in dog food like Pippen. He's the Big 3 of the legendary 96 Bulls in a four-legged creatures' body. If Leon Rose is serious about turning the Knicks around, he will sign this dog to a 10-day contract right this second since he'd instantly be the best point guard the franchise has had since Linsanity turned Jeremy Lin into a superhuman for a few weeks and I'm pretty sure coronavirus doesn't fuck with doggie DNA like it does with humans. See you bitches in the Finals, whenever they actually take place.