Going to be doing these every Saturday morning now until quarantine ends at least. But every Friday night, Clem and I are joined by other Barstool guests, people from the 90s, etc to talk about 90s things on Barstool TGIF. Last night we decided to go with the namesake and talk about the glory that was a Friday night as a child watching TV. We were joined by Eddie, Carl and Capt. Cons to talk about the ideal lineup, finding out Clem's biggest flaw as a human in not liking Boy Meets World, Carl hating Eric Matthews and what was the best theme song. You can watch last night's show here:

The one thing we realized during this is just how absurd the theme songs were. Just an absolutely loaded list of shows with bangers for theme songs. Now this list is going to stick to just TGIF because we could get into TNBC (City Guys and Hang Time both would be on the list for theme songs) or SNICK, but that would be a daunting task. Here's the list of TGIF shows specifically to the 90s. We're not going to look at the 80s or the bullshit list in the 2000s: 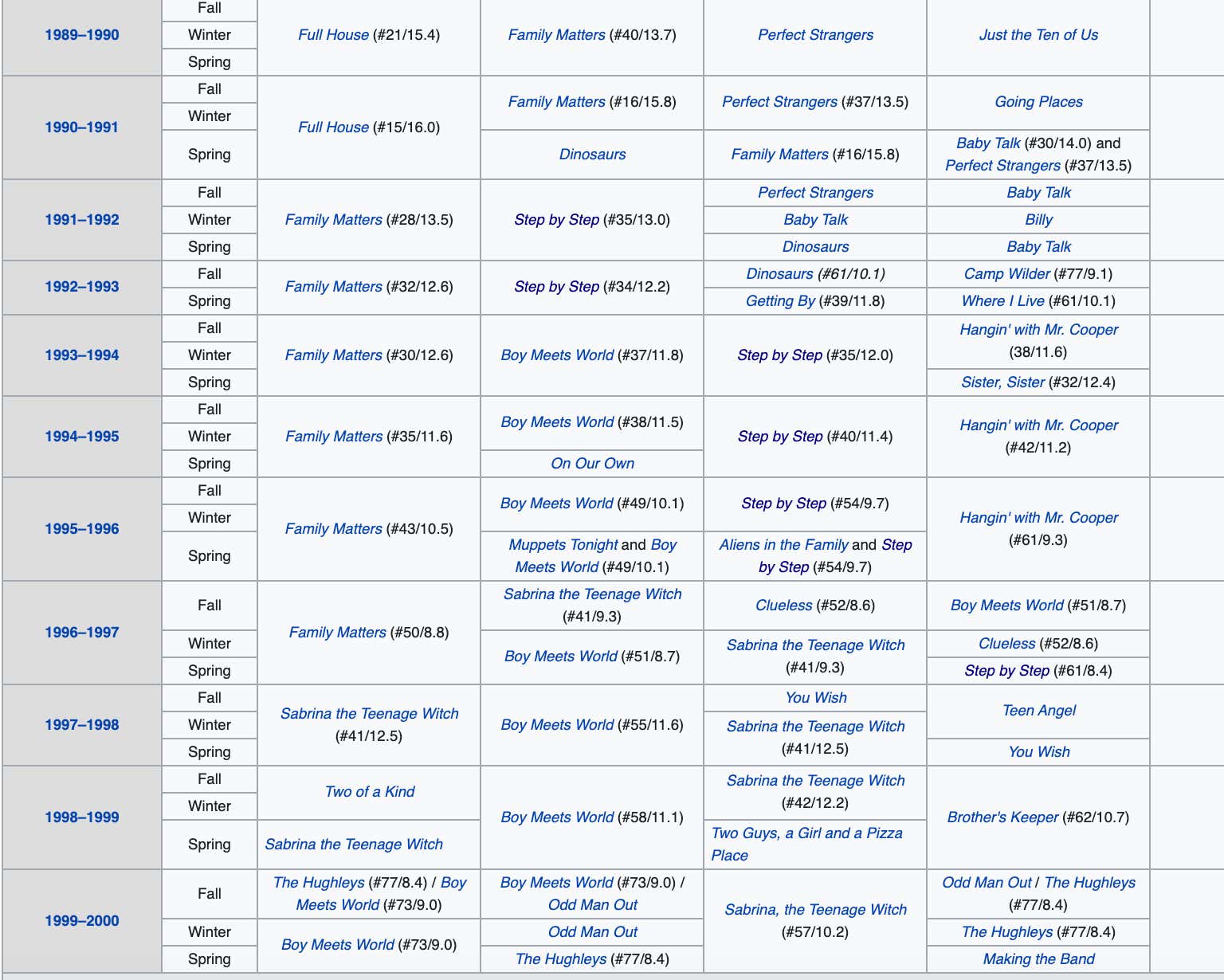 Now I should note we're talking about only the best version of the theme song, which you could debate alone. Let's do it. Going to go with 6 because I want to include Perfect Strangers in there.

I had to include Perfect Strangers strictly because Carl and Eddie are talking about wanting to recreate this and that image would be better than the theme song. But it had everything you want in a 90s theme song. You had the instrument sticking out, especially at the end. You had the change of voice. Exactly what should lead us off.

The COOPER, COOPER really sells it. This is the only 'new' theme song on the list because this is the shift. This is when we get from the true like 1:30 song from the early-mid 90s to the quicker, upbeat songs. Still a jam though. No doubt about it.

This is where we get into the top-4. You have to have these 4 here, but I'm willing to listen to any order. This was the lead off spot on TGIF forever and this is the song that really let you get in as you had some pizza and soda. The piano just slaps right on this. Reginald VelJohnson is a top-1 name of all time.

There was some serious contention on this one. I personally like this one vs the later one where they are sitting on the stoop and you have words. Why? There's something about the quickness of this intro. The fact you have Cory and Topanga sitting on the back of the car. The memories in the car mirror and ending with Cory and Topanga in Florida really sell it. I thought about having this one higher but it's tough here.

But back to the song. Just fire. Everyone knows the 'step by step, day by day' and the moment you hear one of those words can play it in your head.

Come on a clear No. 1 for me. It's still played all the time by teams and other shows on Twitter. It has Aunt Becky (#FreeAuntBecky). Nobody was cooler than John Stamos.