I get called a wide variety of offensive slurs, from “soft” to “pussy” and everything in between. But there’s no denying that I‘m often stuck between a rock and a hard place. As a kid, it seemed like I could never win with my teachers, parents, and step parents, no matter what I did. I was told to “make friends” but wasn’t allowed to have any pets. They asked me to memorize the capitals but then said, “no, not that well.” I was “too small and underdeveloped” for tackle football and “too big and developed” for altar serving. The only “catch” I played was catch 22. And the only time I wasn’t behind my peers was when I was winning geography competitions for extraordinarily pale and traumatized child captives.

Even when I found success in the sport of wrestling, they accused me of being “elite at touching sweaty boys” and competing in “Make-A-Wish weight classes.” My life has always been a long-running series of Ls. And those problems only continued to get worse as I got older.

Take this man for example. 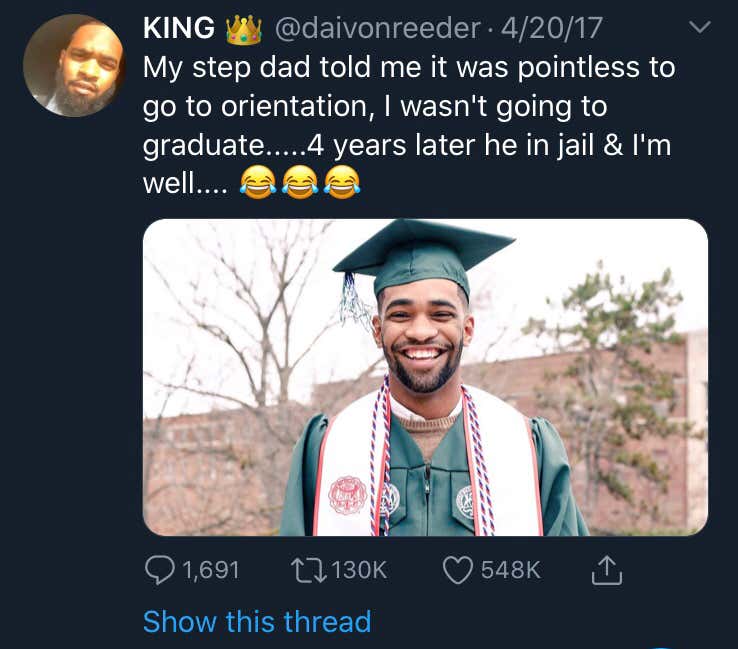 Because he’s so fucking tall and handsome, he went mega viral and got showered with praise and media attention just for recounting his step father’s unsavory proclamations. 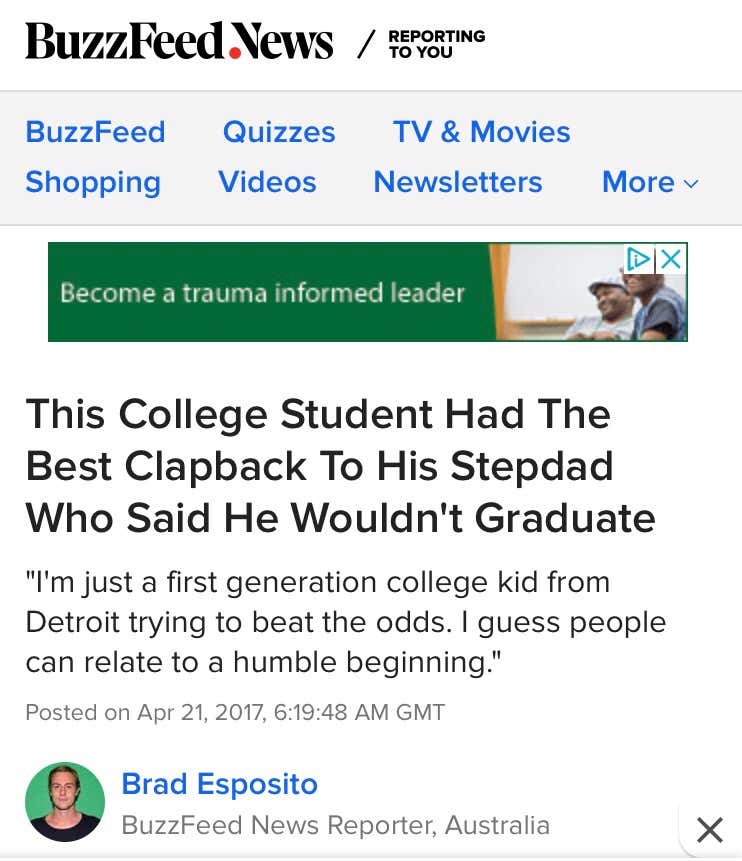 But since I’m so short and trollish looking, I got ruthlessly accused of incest and idiocy when I tweeted about the exact same thing. 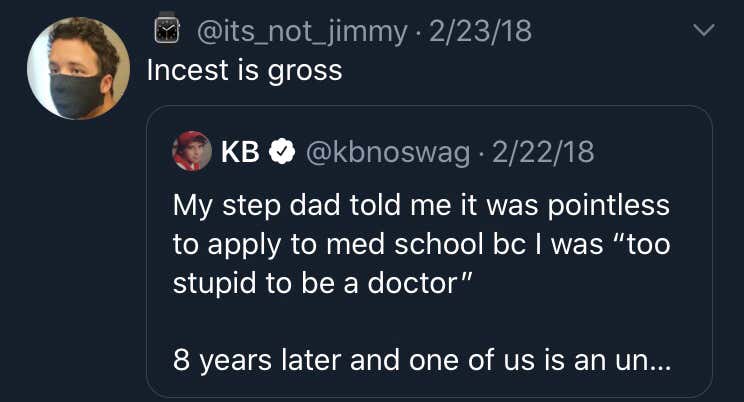 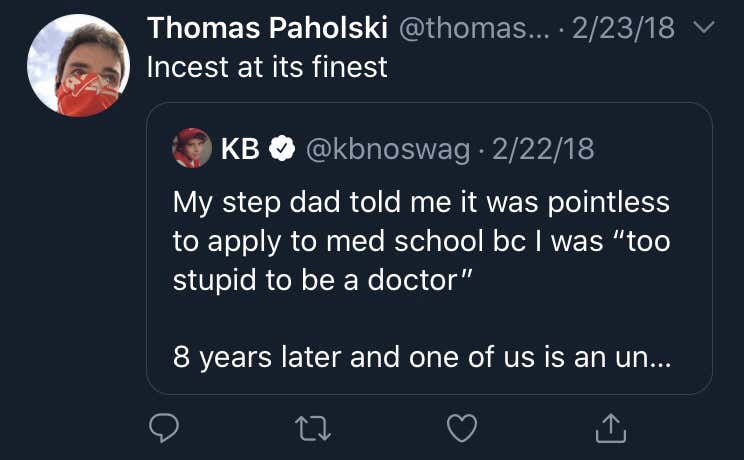 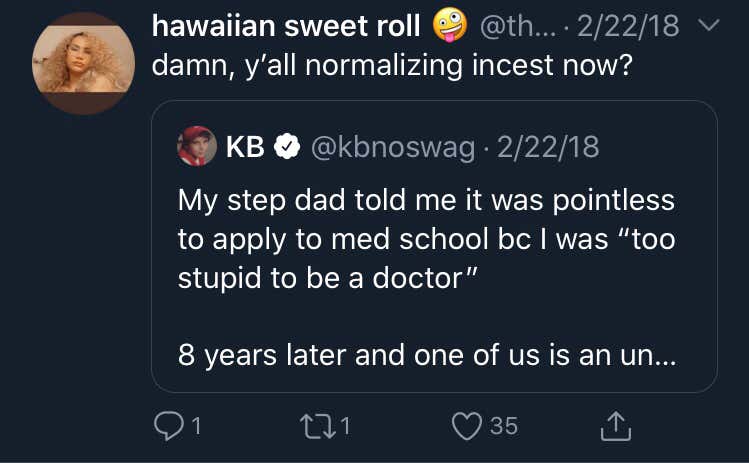 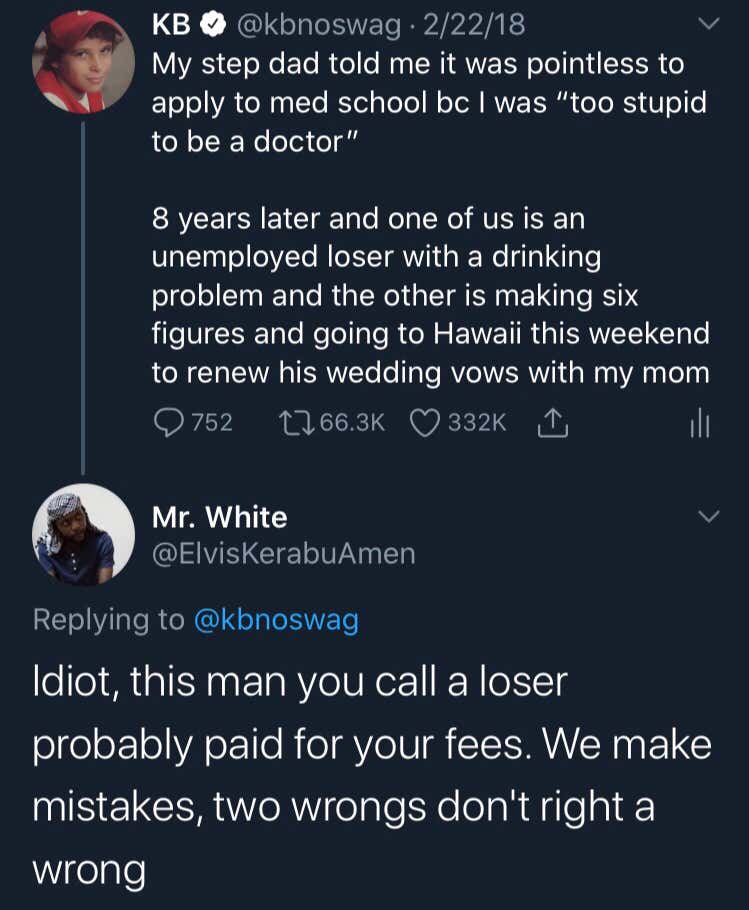 When sexy and popular people post online about their luxury vacations, they get positively reinforced with heart eyes and flame emojis. But when I do it, I get told to “shut the fuck up.” 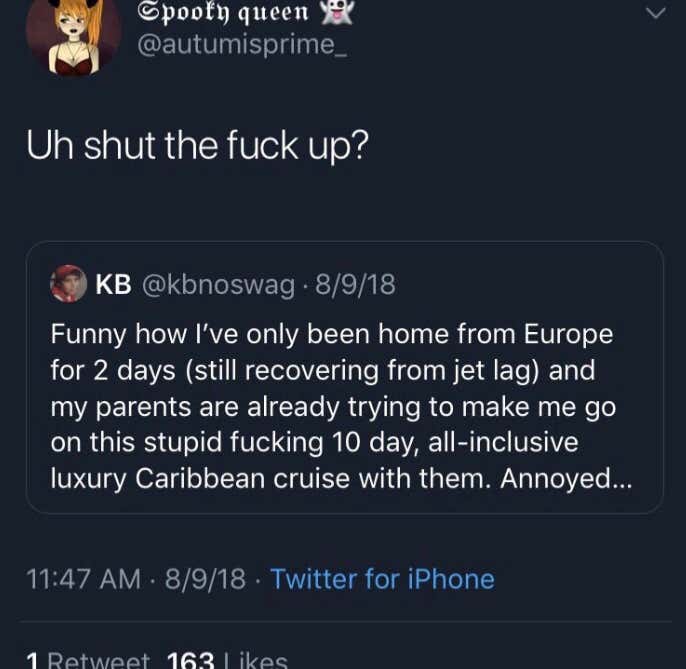 When beautiful girls post relatable tweets about dating etiquette, they get commended and cash apped. 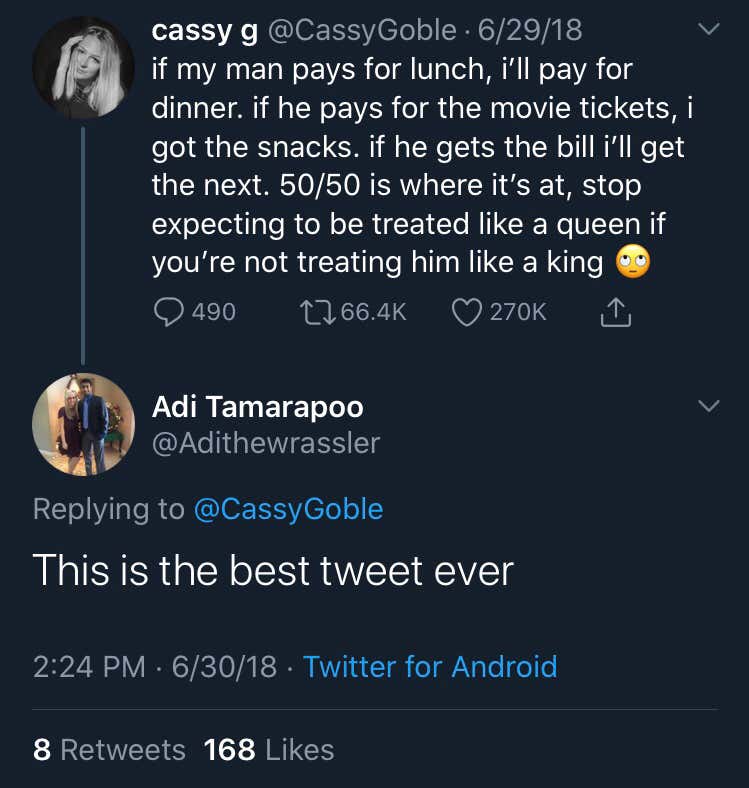 But when I do it, I get called a “broke bitch” by the same Boston-based Brady bros who are supposed to be my brethren. 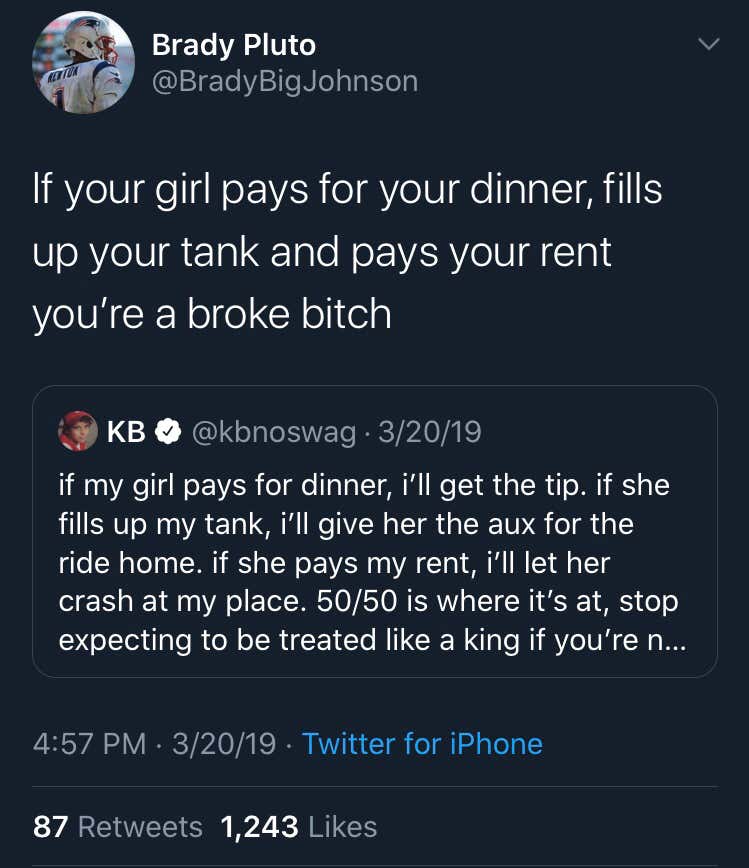 But perhaps the most jarring example of these double standards revolve around the ubiquitous NBC sitcom The Office. It’s been steadily climbing the popularity hierarchy since the Bush administration and it seems to have officially achieved an “untouchable” status that can only be rivaled by the modern canine. 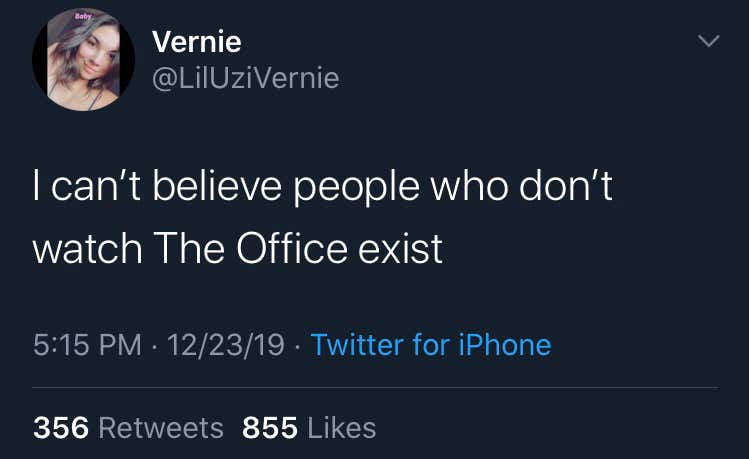 You can’t swipe through 3 profiles on Tinder or Hinge without seeing an Office quote or some type of snarky relationship requirement that involves worshipping the show. For millennials and young adults, it’s been engrained in our heads for nearly a decade that its absolutely imperative to be a fan of the series and post about it on social media. 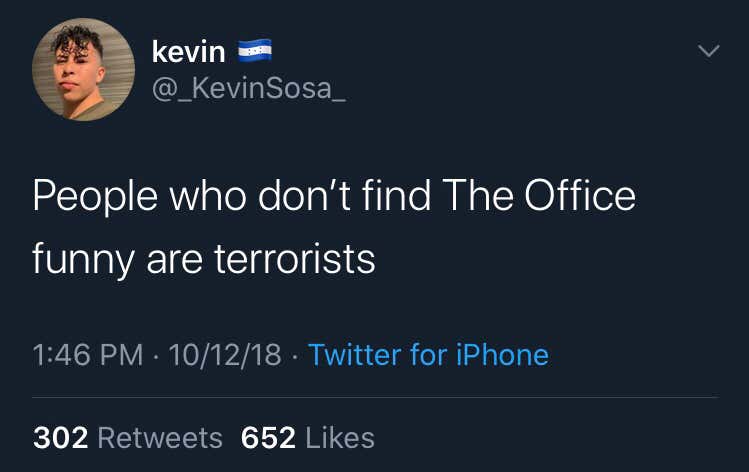 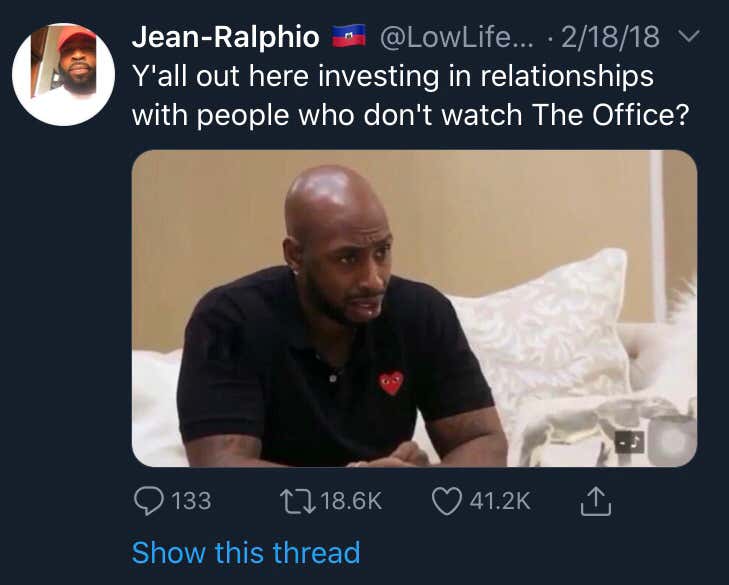 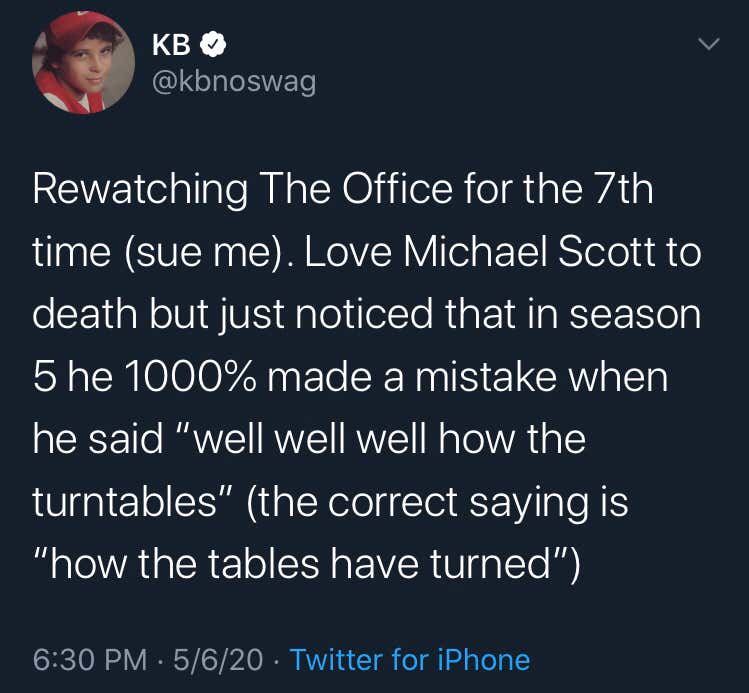 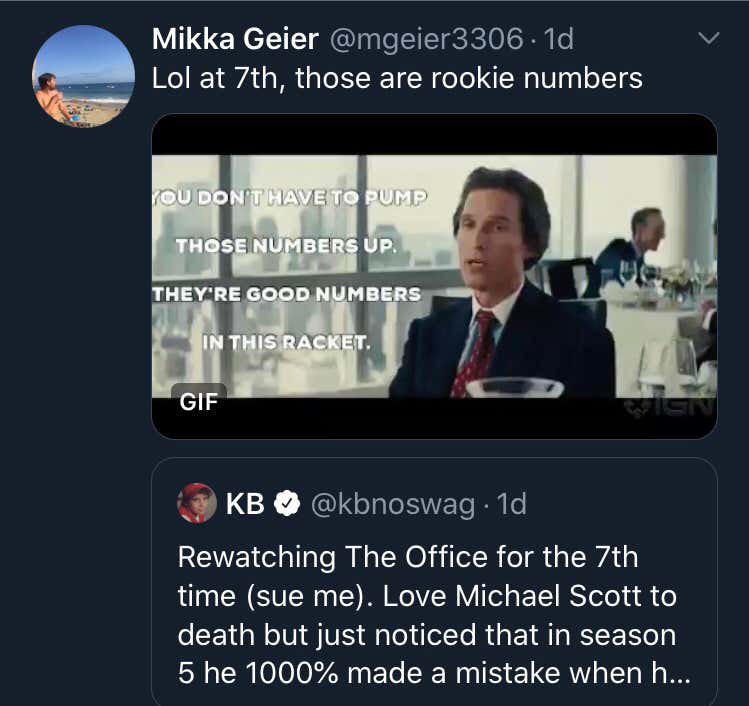 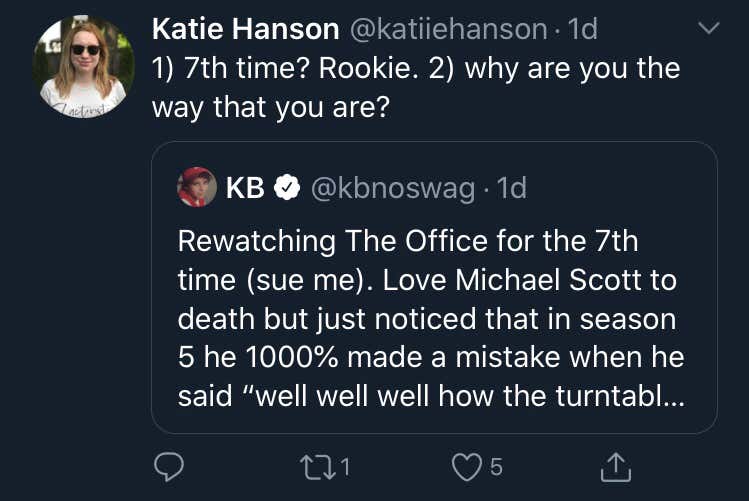 But that still wasn’t enough for them. 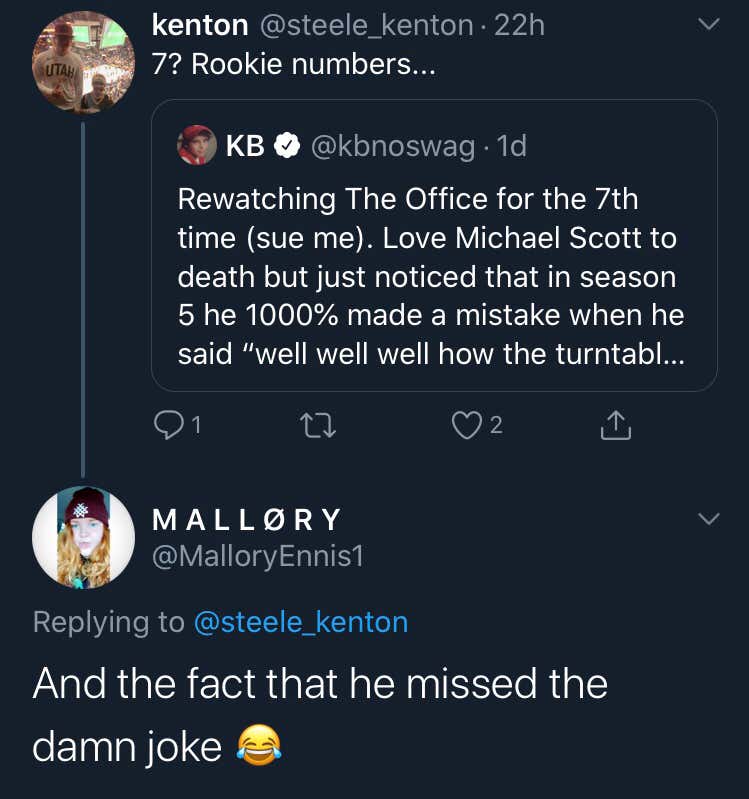 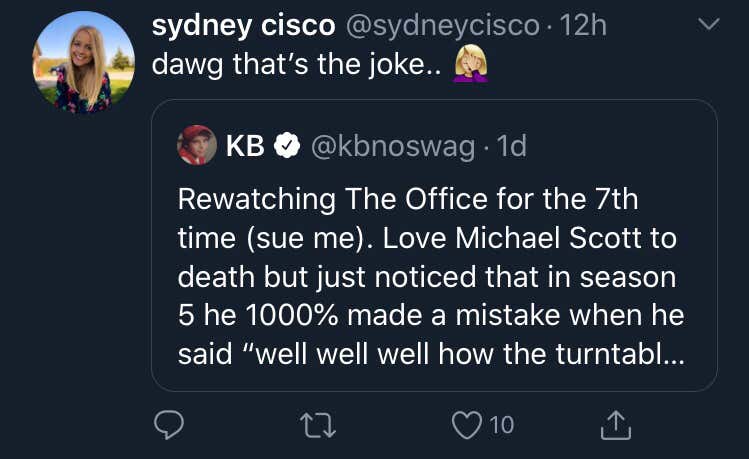 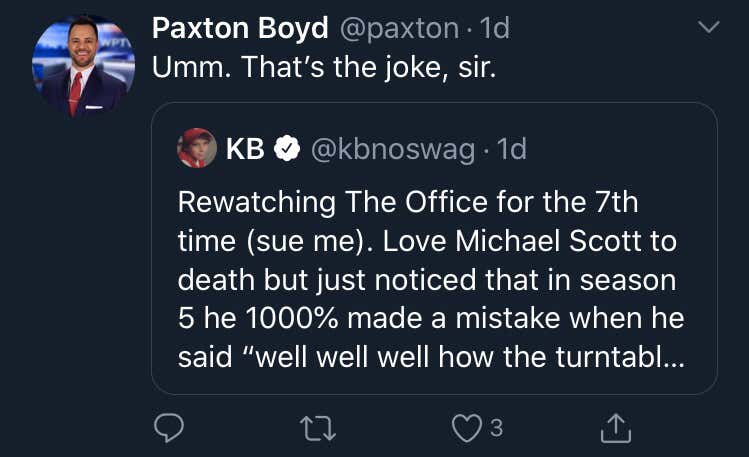 Umm. Ok whatever, Mr. TV man. I managed to miss one measly joke. Sue me to smithereens. What do you expect out of me? Some type of superhuman, evolved sense of humor and intellect? 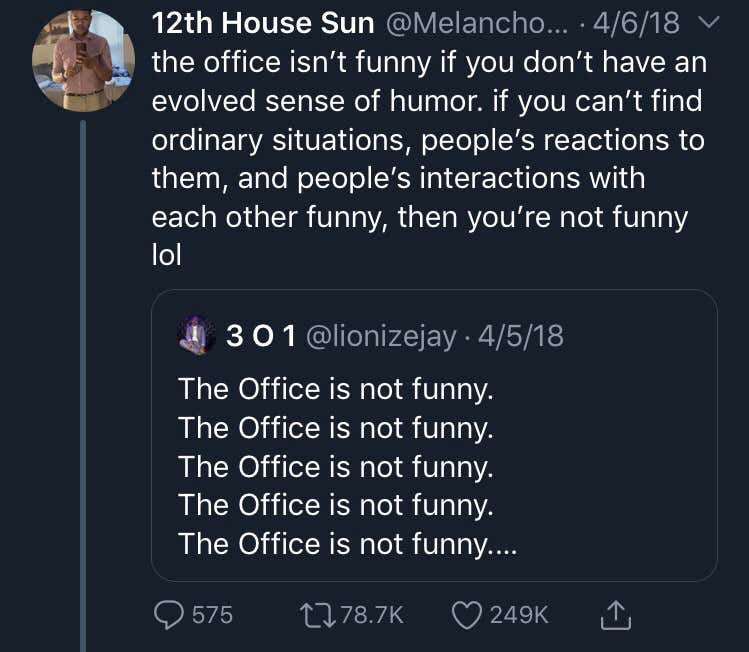 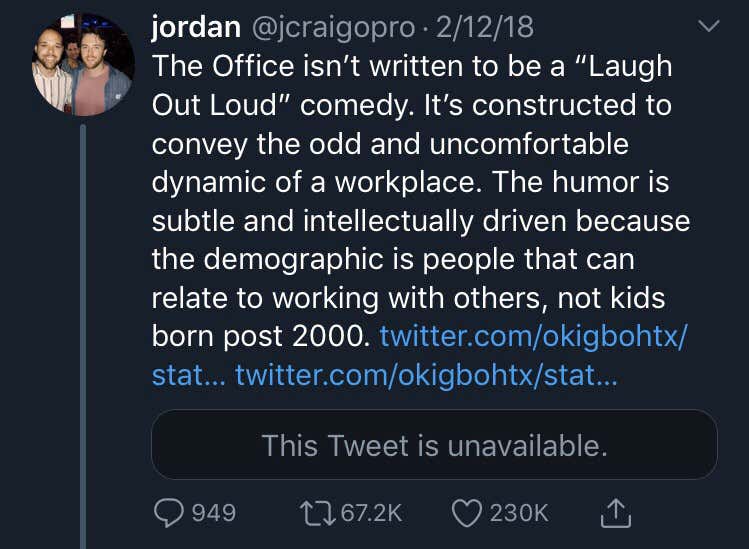 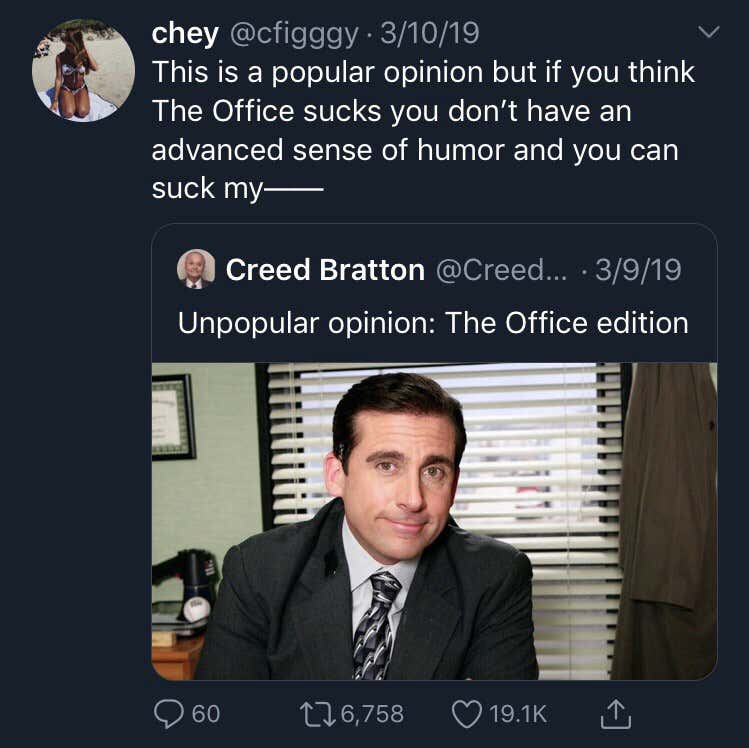 Oh. Well then what freaking gives? So you have to be a genius to understand the comedy in The Office, but you’re also a despicable dumbass if you miss one of its extremely subtle and intellectually driven jokes? 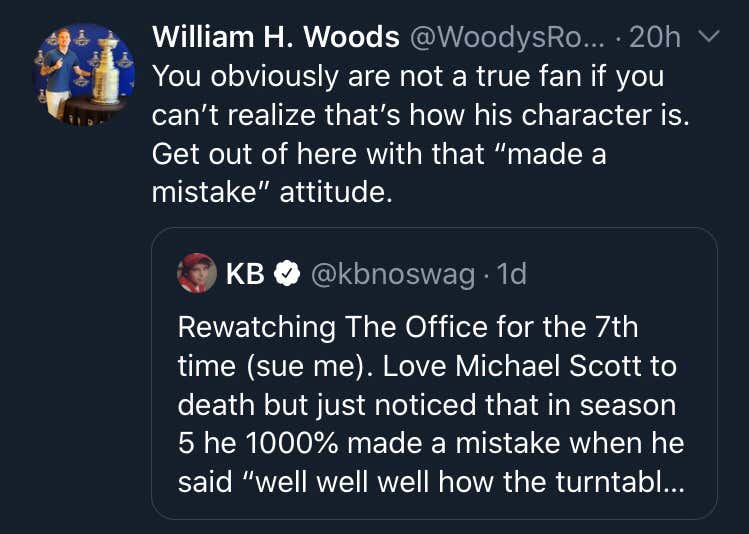 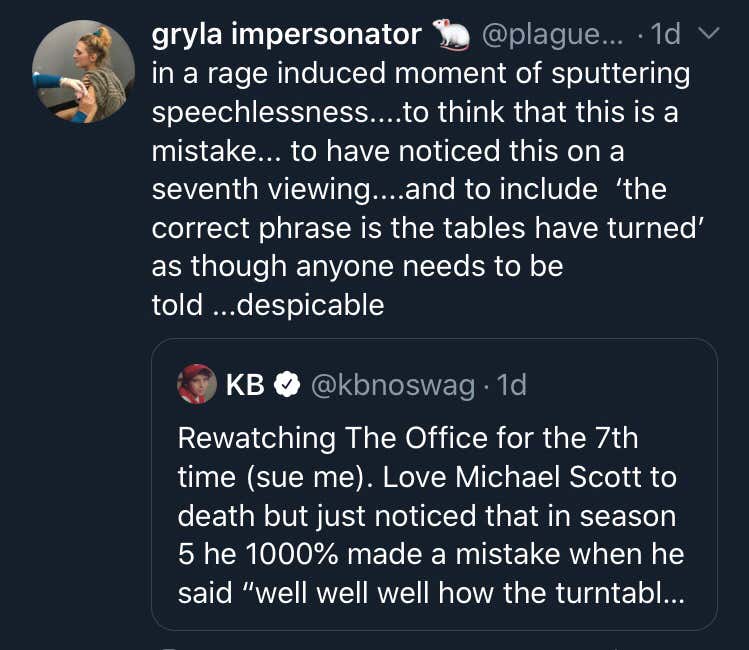 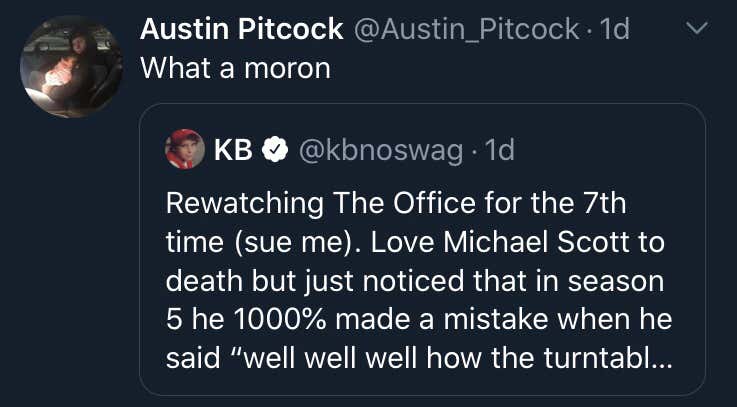 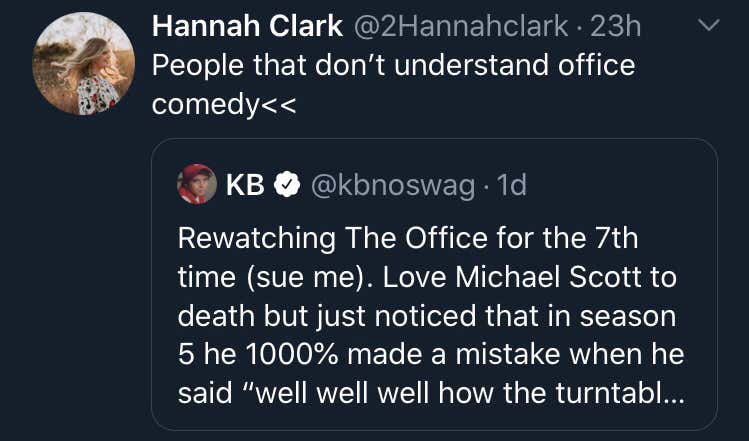 Shouldn’t there be some type of middle ground? 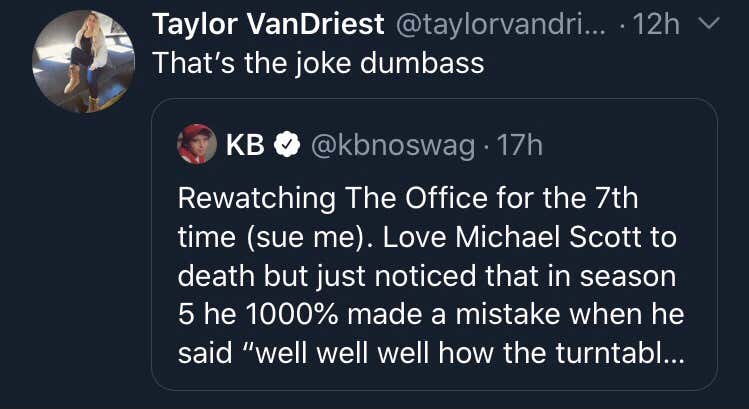 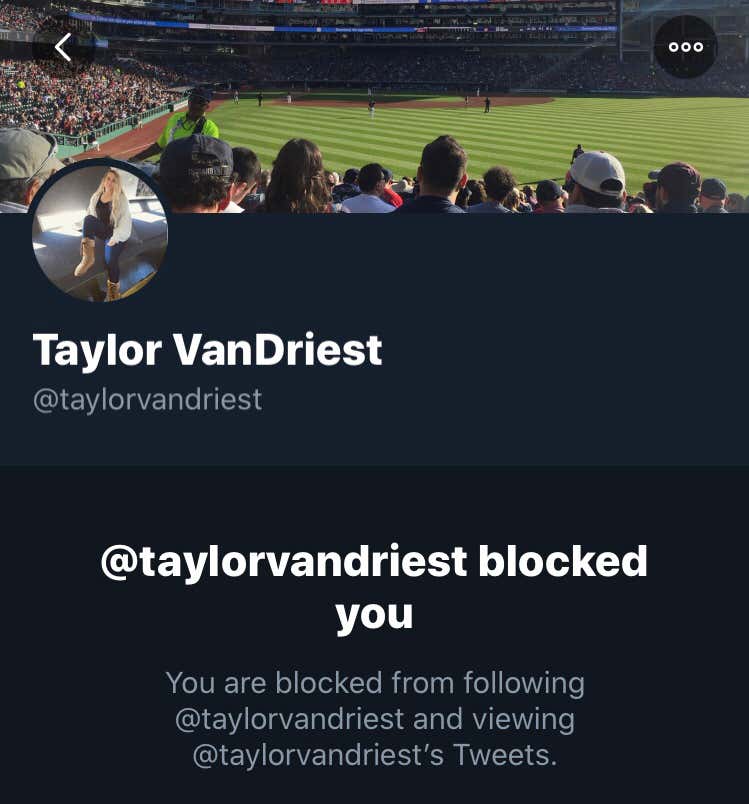