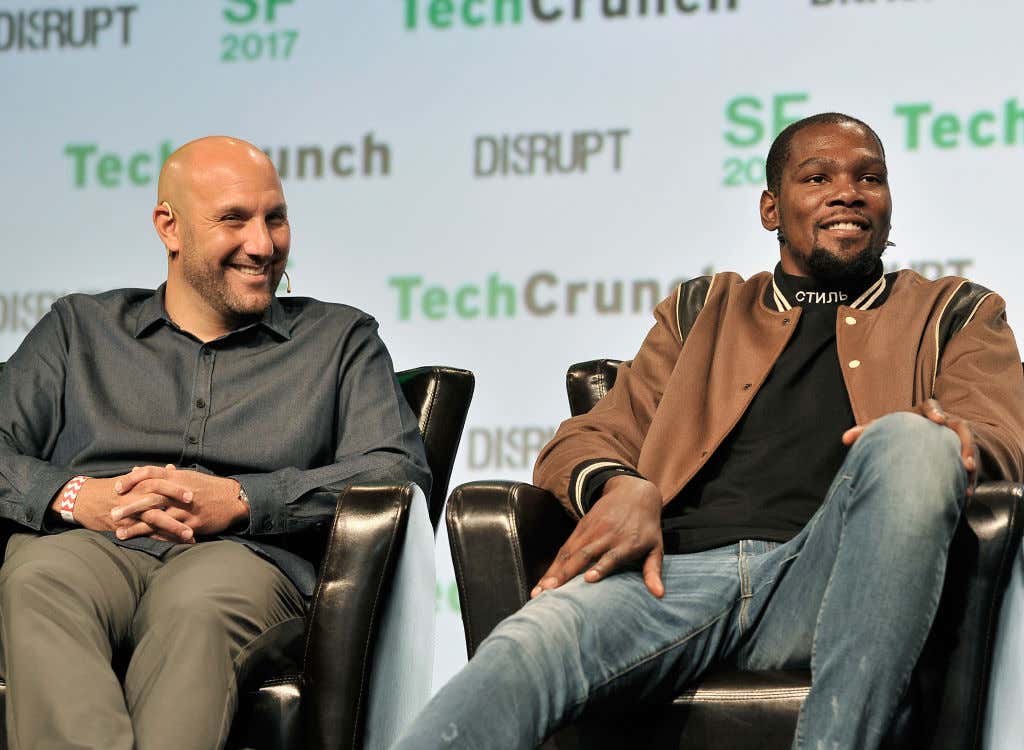 One of the few positives of the NBA's hiatus is every team in the league is going to have multiple months to get their rosters healthy. It's not always the case that by the time you get to the postseason that guys are all 100% healthy, and health can be a huge factor in terms of who makes their way to the top of the mountain when it's all said and done. Just ask any Warriors fan. It doesn't matter if you're a team that was filled with small nagging injuries or a team that has been able to use this time for a main guy to get to 100%, having everyone healthy for the postseason is going to make a difference.

Which brings us to the Nets. They are obviously the biggest wild card in the Eastern Conference and perhaps the entire NBA when it comes to this topic. We saw what they looked like with only a healthy Kyrie for 20 games. It....wasn't exactly great when it came to their record (8-12). His on/off splits also weren't  all that spectacular either

But there's no denying that a fully healthy Kyrie in a playoff series can very much be a problem for opposing defenses as long as it's not MIL in the second round. From the sounds of it, he's itching to get back

Which brings us to the million dollar question in Kevin Durant. The team has been very careful when it comes to his potential return, not exactly ruling it out, but also not really committing to much either. That's obviously the smart play with so much still unknown, but I'm of the camp that the more they deny it, the more likely it is that we see Durant whenever games start back up. He'll be a year out from his achilles surgery, there are quotes out there how he looks like the same old Durant in workouts before the hiatus, so it makes you wonder how real could it be that he comes back later this summer.

If you listen to his business partner Rich Kleiman, he's still saying it's unrealistic

Why is it still so unrealistic? Compare that to what the Nets GM said only a few days ago

“When you’ve got enough invested in a player like Kevin, we’re never going to push him to come back,” Marks said. “When the timing is right, he’ll be 100% when he gets on the court.

“I can tell you this though — before the pandemic, he looked like Kevin Durant and that’s a good thing.”

Marks had completely shut down the idea every other time he was asked about it. That wasn't exactly a yes, but it wasn't a definitive no either. That's why I feel like they are doing the right and smart thing by setting the expectation that he won't come back while not ruling it out. That tells me he's closer than ever before.

I really think if Kyrie is 100% by the time basketball comes back, Durants chances of playing skyrocket. If things stay the way they are and the playoffs start with how things are seeded now, the Nets match up with the defending champs in TOR to open things up. You don't think Durant wants a little revenge from last season? That may be a small piece to the puzzle of his return, but I think it matters when you're the type of competitor Durant is.

I know people hate on him for going to GS and how triggered he can get online, but the fact is the NBA and the playoffs are better with a healthy Kevin Durant playing. He's one of the best players on the planet and has the ability to completely change the ceiling of this Nets team in a playoff series. That's why I want him to come back. I want everyone in the field at their very best so these playoffs can be fucking awesome. That would be an insane 7 seed from a talent perspective and would make for one hell of a series as the Raptors begin their quest to repeat.

I get why his team both on and off the floor are being cautious. I just hope it's all a smoke screen and in a few months we actually do get to see Durant back. I miss watching him do shit like this