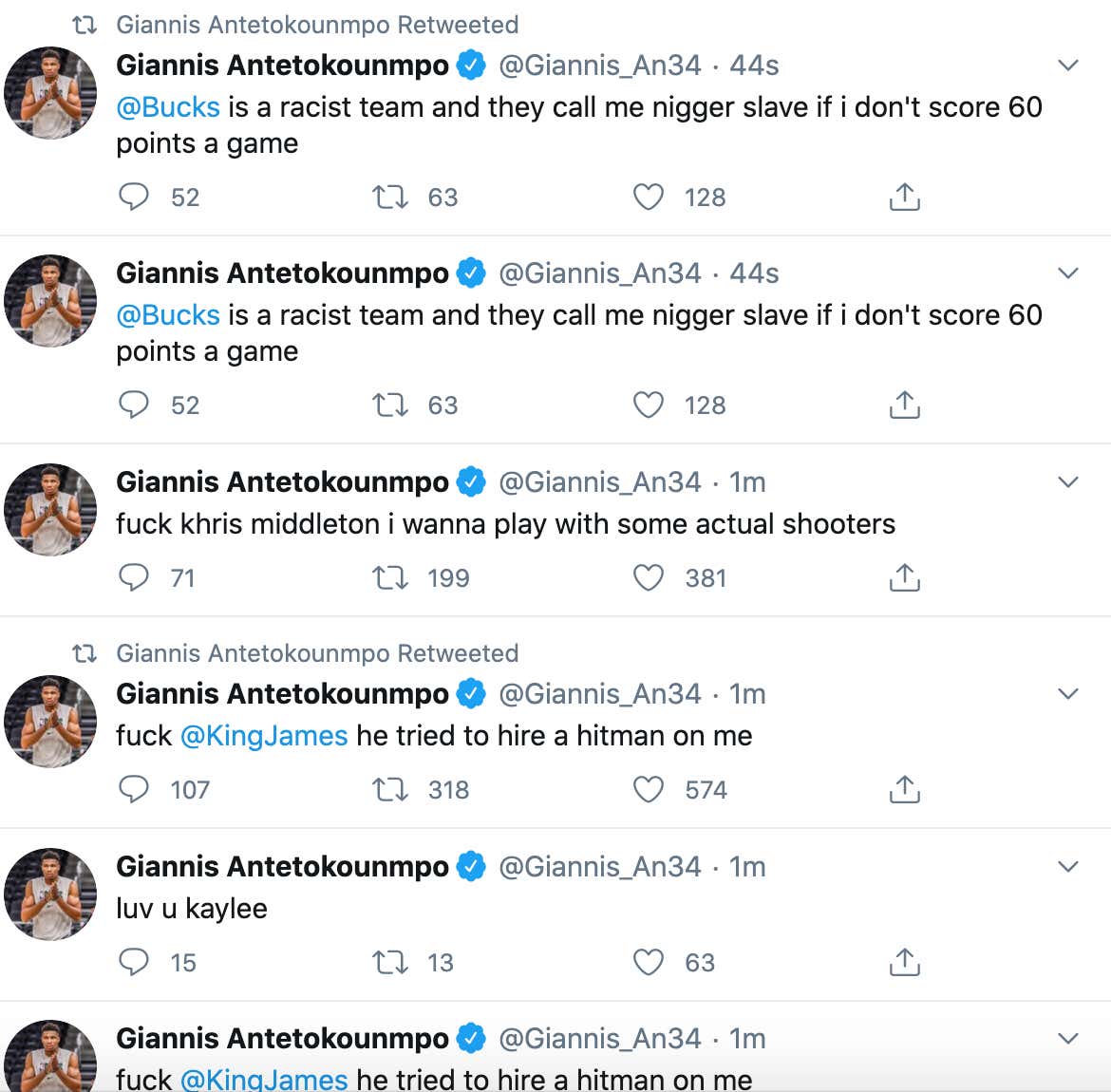 Call it a hunch but it appears Giannis got hacked on Twitter. Obviously we have some big time red flag tweets there if not, but let's not be crazy. Now the one tweet you won't see in there is what the hacker threw in during the middle of this tweet spree:

Wait, what the fuck is this? How do you toss out n-bombs, accusations of LeBron hiring hitmen and then toss in he's going to the Warriors with prayer hand emojis. Luckily his brother got to the bottom it for us

I know the old 'I got hacked' tends to be the easiest worst excuse in Twitter history. But, Giannis actually got hacked here! I just need to know who the hacker was and why did he go after Giannis. Like I said, I could understand going after Durant, even Steph. But to go after Giannis before he leaves Milwaukee? Well, that's just mean.

Just seems pretty rude to toss out the Warriors thing as there are already a million rumors of him leaving for the Warriors out there. You can't be doing that during quarantine.