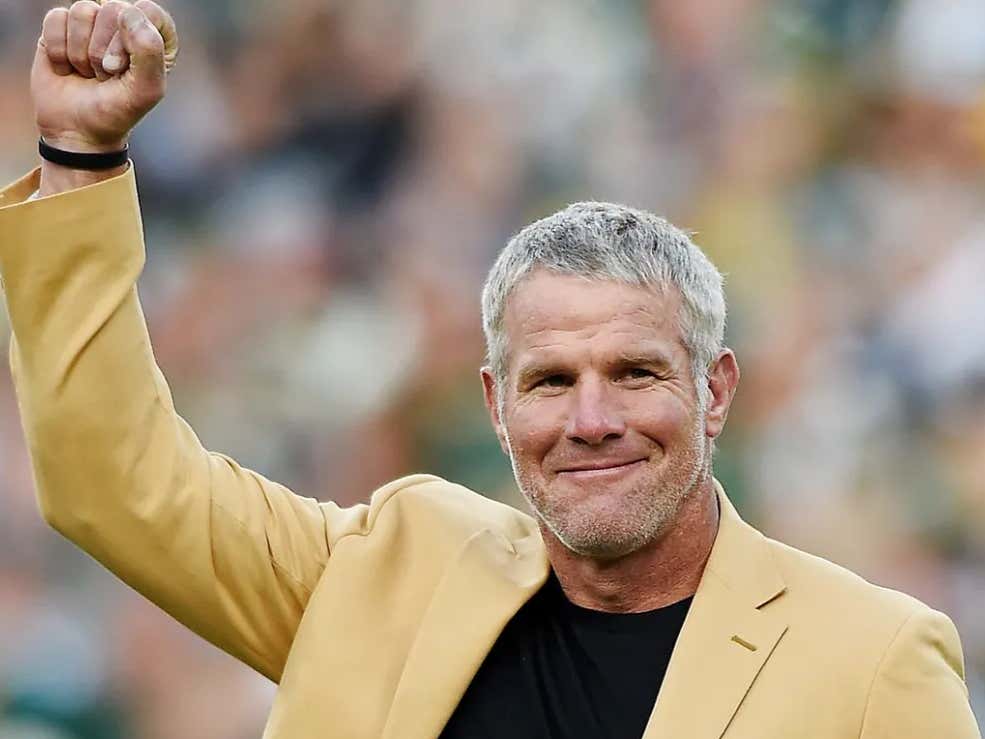 Riddle me this. An auditor looking into the wretched hive of scum and villainy that is the Mississippi state kleptocracy finds out that Brett Favre was paid $500,000 and then $600,000 in welfare funds to deliver speeches that he never made.

He then agrees to pay back the $1.1 million. While defiantly insisting he did nothing wrong.

Given back the money is a noble gesture and the fastest way to distance himself from what is going to be a major scandal and result in a lot of people booking time at the tennis court in Club Fed where Jordan Belfort played. And as the lawyers in the courthouse I worked in were fond of saying, looking at it in the light most favorable to Brett Favre, maybe he didn't know this money came from a fund that was supposed to feed and house the poorest families in the nation. It's very possible he thought it came from the advertising budget or tourism board dollars or some other victimless part of the budget no one would ever get worked up about.

So my question is, did he do anything for the money or not? I mean, isn't what this all comes down to? He was hired to give two speeches. Did he? If so, that's a pretty simple fix. Someone would've been there. There'd a program and probably video. Witnesses for sure. I've done literally hundreds of comedy shows in my career and maybe another hundred book talks and no one ever claimed I didn't do them. Isn't that the crux of the issue? Whether he got the money for something or for nothing? You can argue paying him a million bucks is a terrible allocation of public resources, but it doesn't mean he did anything wrong. Take that up with your state rep. In my state we've paid athletes dump trucks filled with cash to advertise the lottery, and no one's suggesting they should be led away with their hands ziptied.

Brett Favre says he "did numerous ads for Families First." Did he? Is that what they paid him for? Because no one is saying that. Not even Brett Favre. He's just kinda sorta suggesting it. I checked YouTube and can't find any such thing, but that doesn't mean they don't exist. But just producing some evidence that he did the things he says they paid him to do would make this all go away. Take a bunch of public funds for doing very little, you're in no trouble. Take a bunch of public funds for simply being existing as Brett Favre, and that's probably a federal crime. Until that's cleared up, this shouldn't go away with writing a check and posting four Tweets.