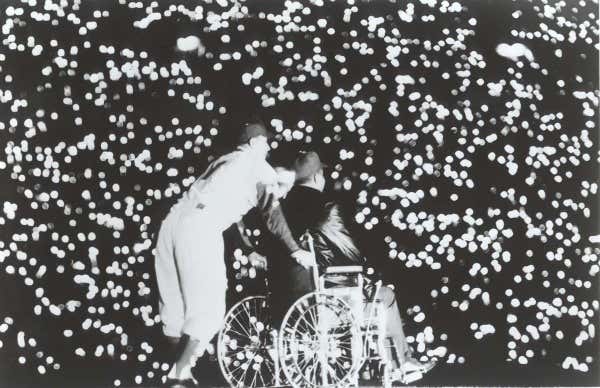 A record crowd of 93,103 fans come to the Los Angeles Memorial Coliseum to see an exhibition game between the Los Angeles Dodgers and the New York Yankees. The game is held as a benefit for former Dodgers catcher Roy Campanella who was paralyzed in a car crash before the 1958 season. The Yankees would win the game 6-2 as the money was raised to help Campanella’s medical expenses.

Roy Campanella was born on November 19, 1921, in Philadelphia. Born a mixed-race family, Campanella had an Italian father and black mother. Campanella was often teased for his mixed-race but grew to gain his peers’ respect as he became captain of his baseball team in Germantown, a suburb of Philadelphia. When he was 16, Roy Campanella dropped out of high school and played in the Negro Leagues, as he fell on the wrong side of the color barrier, despite his mixed heritage.

After playing with the Baltimore Elite Giants of the Negro National League, Roy Campanella went south of the border to play in the Mexican Leagues. While Branch Rickey was looking to break the color barrier, Campanella was among the players he scouted. However, he was viewed as too sensitive to handle the scrutiny of being the first black man in the major leagues. Rickey kept the catcher in mind and signed him in 1946. After two seasons in the minors, Roy Campanella joined Jackie Robinson on the Brooklyn Dodgers in 1948.

In his second season with the Dodgers, Roy Campanella became an All-Star for the first time. Campy would make the All-Star team for the next eight seasons. In 1951, Roy Campanella hit .325 with 33 home runs and 108 RBI to win the first of three MVP awards. His second MVP came in 1953 when he hit 41 home runs than a record for catchers at the time.  Roy Campanella won his third MVP in 1955, the year the Brooklyn Dodgers won the World Series.

The 1957 season was a tough one for Roy Campanella and the Dodgers as he, like many of his teammates, put down roots in New York and were unhappy with the pending move to Los Angeles. Campanella played in just 103 games and failed to make the All-Star team for the first time since his rookie season. In the off-season, Campanella operated a Liquor Store in Harlem. On the night of January 28, 1958, after closing his store, Campanella crashed his car into a telephone on the way to his home in Glenn Clove on Long Island when his vehicle hit a patch of ice. Just weeks before he was to head to Vero Beach for Spring Training, Roy Campanella was in a hospital with a crushed spine, unable to ever walk again.

While the Dodgers were playing the first season in Los Angeles, Roy Campanella spent a lonely year in rehab trying to regain some use of his body. Initially paralyzed from the shoulders down, Campanella was able to recover the use of his arms. By the time 1959 began, Roy Campanella was back with the Dodgers working as an East Coast scout. The team looked to honor him and help at the same time and arraigned for the benefit game against the Yankees. As Pee Wee Reese led Campanella to the field in his wheelchair, many of the 93,103 fans raised cigarette lighters in the air as a shining tribute. The Yankees would beat the Dodgers with Sandy Koufax on the mound 6-2, as the game raised $60,000 for Roy Campanella.

The record crowd of 93,103 would be topped months later when the Dodgers played the first World Series games in Los Angeles.