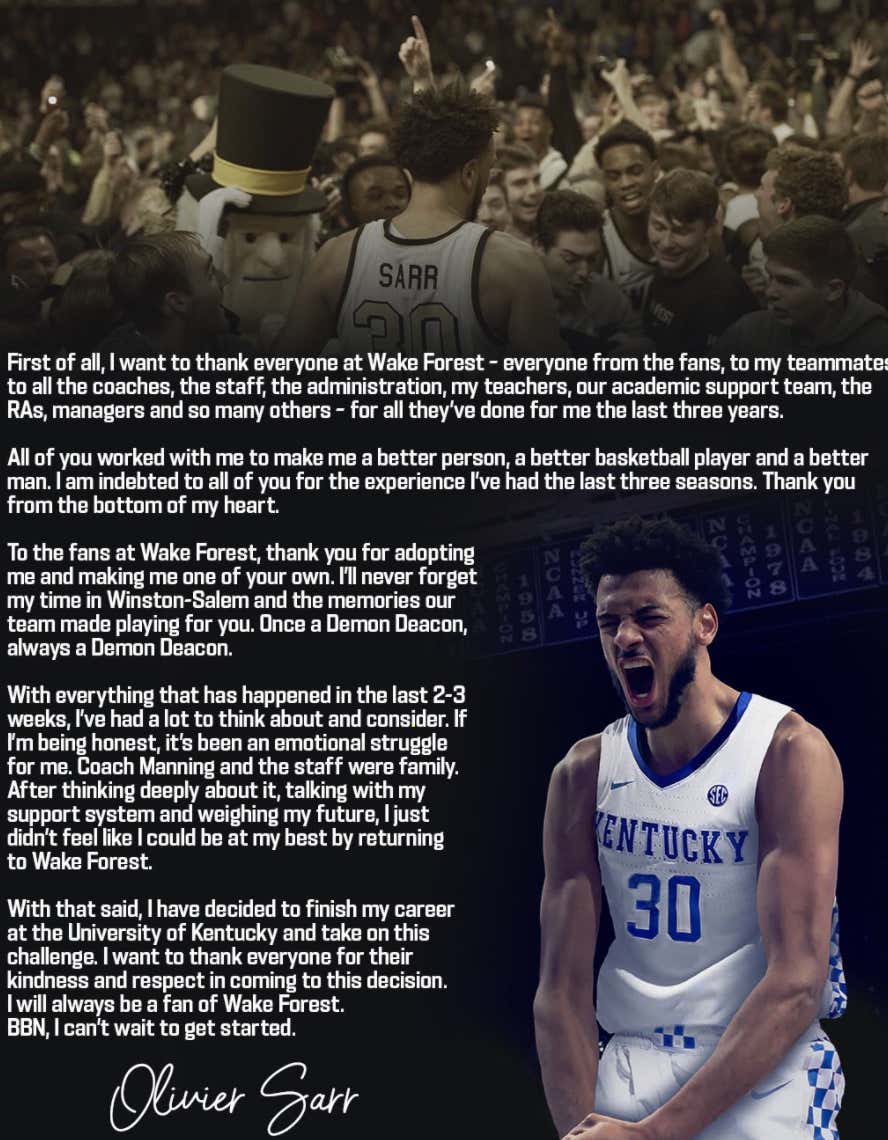 And just like that John Calipari reminds everyone that he's John Calipari and he's going to get what he wants. Olivier Sarr became the best big transfer when he announced his decision to transfer from Wake Forest. Shit, even Steve Forbes tried to keep him by talking shit about UK's education.

You know what's better than an education when you're a basketball player looking to play pro? Finishing above 13th in the ACC. Competing for a national title. Playing for the premier program in America. Playing for a coach that gets his players billions of dollars in contract money. Not some program that hasn't been relevant since Chris Paul lost in the Round of 32.

Pretty simple decision. You could play for Wake a team that their alumni barely watch or you could play for a team that everyone in the country watches. Just know that Coach Cal is going to come and kick your ass if you talk shit about Kentucky too. Nothing better than seeing this less than a day after Forbes comments.

Now we wait to see if the NCAA approves the waiver for him to be eligible right away. It'd be a pretty dumb decision for them not to. He's transferring because of a coaching change. But that's the NCAA. Just a dumbass organization. But assuming he's eligible right away, Kentucky found its big man depth.

Goddamn it's another great day to be a Wildcat.