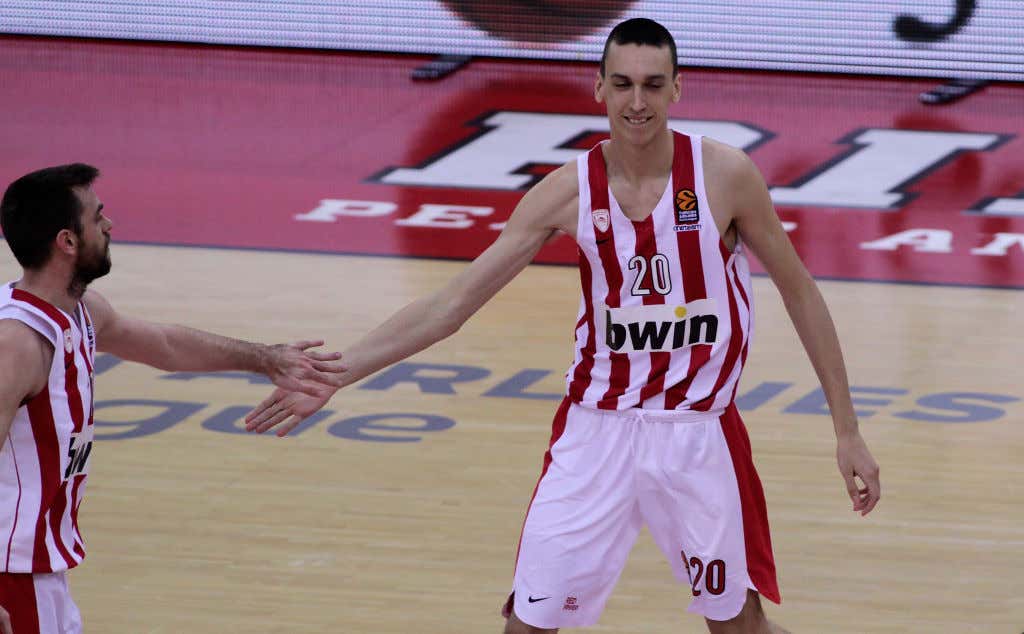 We're back with another deep dive into a potential Celts draft pick through nothing but their YouTube highlights and we have ourselves a doozy. Today is a unique prospect because in theory he might fill two areas of need but might just be the biggest question mark in the draft. Before we dive in, quick reminder that you can catch up on all the prospects we've done so far by clicking here.

So who are we looking at today?

OK, Aaron got me here. I had been avoiding this dude for this entire exercise, but that ends today. Every time I do a quick mock search I see his name as the guy slated to the Celts at 17, so eventually I had to see what he was all about. I am almost certain most of you have no idea who Aleksej Pokuševski is because why the fuck would you. Unless you're a die hard Olympiacos B fan or maybe a big fan of the Serbian National Team there's no chance you watched this dude play. So let's start with the stats

First things first. What a name. I don't speak Serbian but Google tells me it's pronounced A-Lek-Say Poke-Ooh-Sev-Ski. That plays. I can envision Eddie Palladino letting that rip in the Garden, so that's the first box we had to check. Close your eyes and try it, you'll see it. The next thing you immediately notice is this dude is skinny as shit. They say he's 200lbs and I say bullshit. While that's obviously somewhat of a concern in terms of his ability to hang in the physical NBA, it's also not the end of the word. He's 19 years old, you get him in an NBA program and he can fill out. Look at what happened with Giannis. Now even if you think that's not fair because Giannis is an alien, look at what happened with our very own Jayson Tatum. This is Tatum as a rookie 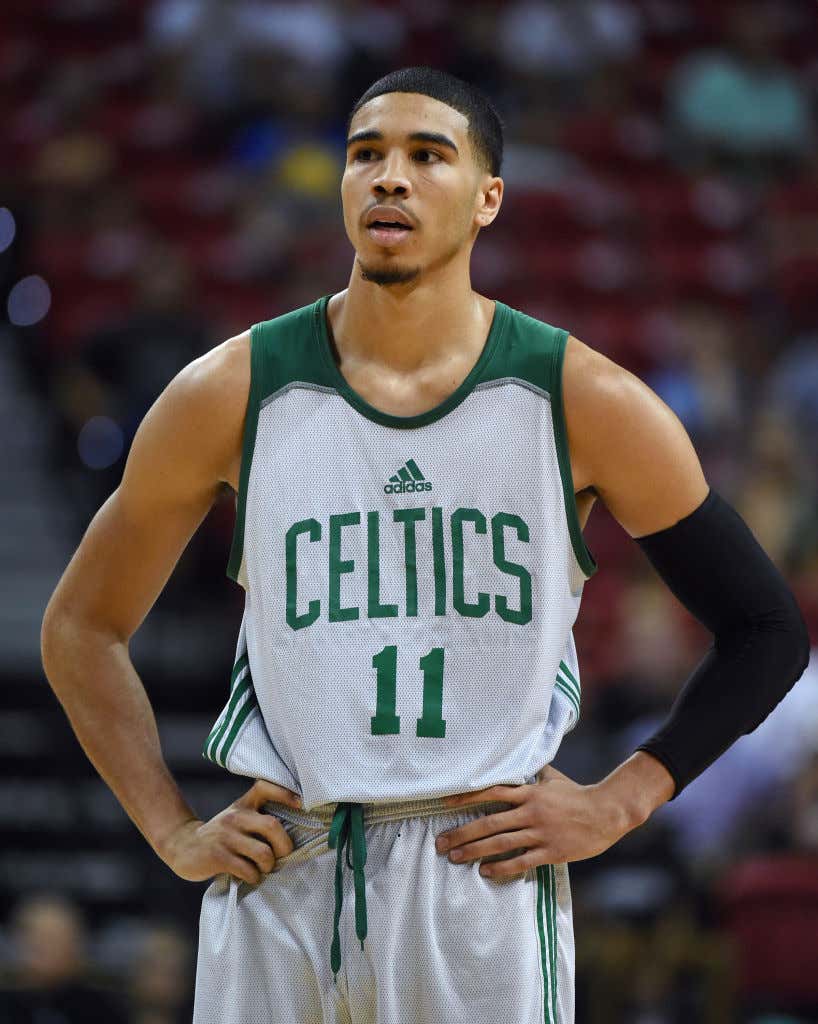 and this is Jayson Tatum now, after he got into the Celts program 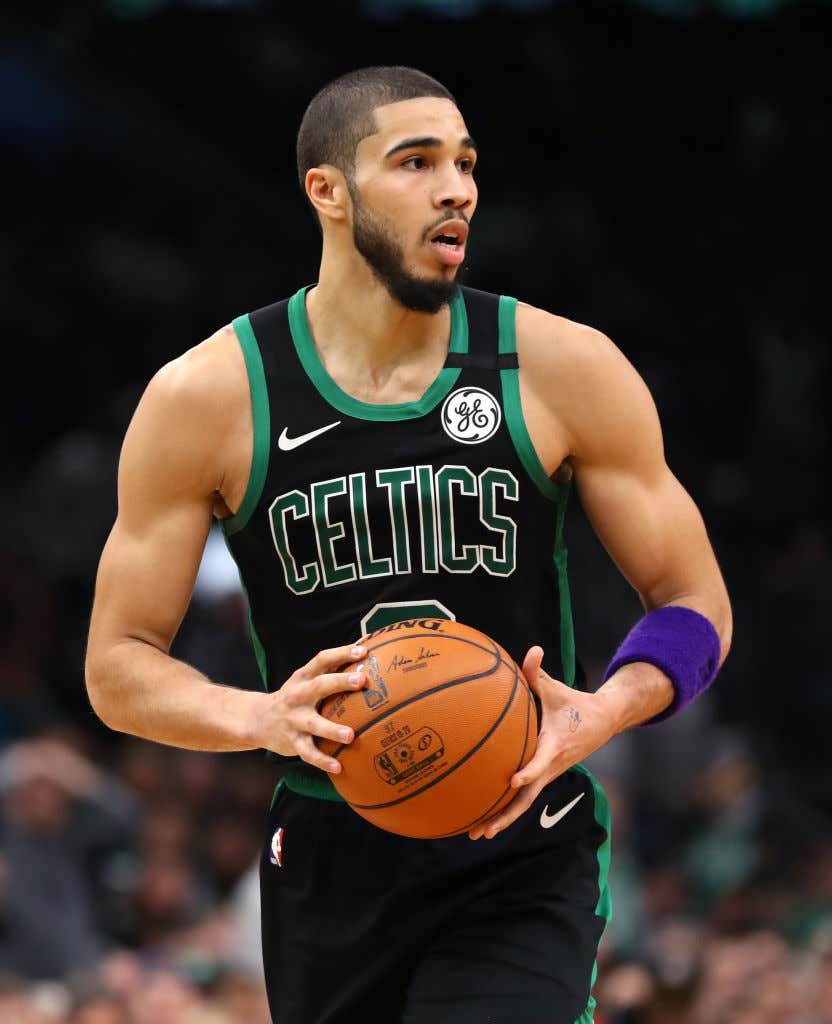 Just looking at him in 2020, he's filled out exactly how you would hope. My thought process is the same could be true for 19 year old Pokuševski once he gets into the NBA.

So what else do those videos show us. Well he's a 7 footer who can shoot, which is a big time Danny Ainge weakness. He loves those guys. He seems like he could be your prototypical floor spacing big that you can use in catch and shoot situations, coming off screens, with a nice compact shot. As impressive as that may look, what intrigues me most is his passing. Call me crazy, but his handle/passing/vision looks pretty damn good for a 19 year old 7 footer. Running PnR, attacking off closeouts and finding the open man, admit it, if this dude played at like Duke I'm sure a lot more people would love him.

When you think of the type of players that Ainge wants to bring in to play in Brad's system, this kid does theoretically check a lot of those boxes. This team needs shooters and playmakers as well as people who are 7ft. Like what if this guy is Kelly Olynyk only with better playmaking ability. That's not so bad right? He doesn't look all that fast or quick so that's a big concerning, but I'm seeing more and more highlights of him being able to create off the dribble and maybe it's just me but I have a soft spot for passing big men.

It's tricky when you have to rely on YouTube highlights of international guys, but it brings me back to Daniel Theis. None of us had any fucking clue who that guy was, but his YouTube highlights told me he was a legit defender, blocked everything, and could stretch the floor. Fast forward to today and I'd say that's all true. Sometimes YouTube doesn't lie. Theis does every one of those things exceptionally well at the NBA level. But the fear is that this dude will be more like Dragan Bender. Remember, he was the tall skinny 7ft shooter who was an unknown but could be a guy that thrived in today's NBA. Yeah, that didn't happen. He's a career 39/32% shooter and is already on his 3rd team after getting drafted in 2016.

The difference here is that Pokuševski looks to be a much better playmaker. Whether you want to admit it or not, the second unit could use another one of those. If you draft this kid, you aren't taking someone who you expect to play pretty much at all right away. He's a project that has a good amount of risk but a high reward if it pans out. I went into this blog with no bias and I have to admit his skillset is intriguing. I thought I would hate him by the time I was done watching his highlights, and that's just not the case.

I'm just not sure I like him at 17. I'm sort of in the camp of anyone the Celts take at that spot is someone I want to be able to play right away if needed on the second unit. I just don't think he's sliding to you at 26 if you pass on him. So could this be a situation where Ainge takes someone else at 17 and then packages picks/players to move up? That wouldn't be the worst thing in the world if they truly see something in this kid.

If I know the Celts draft history like I think I do, chances are he's the guy they take at 17, he gets killed by the media/fans during the draft party/coverage, and then if he fills out and shows real signs, we'll love him sort of like how we did Olynyk.