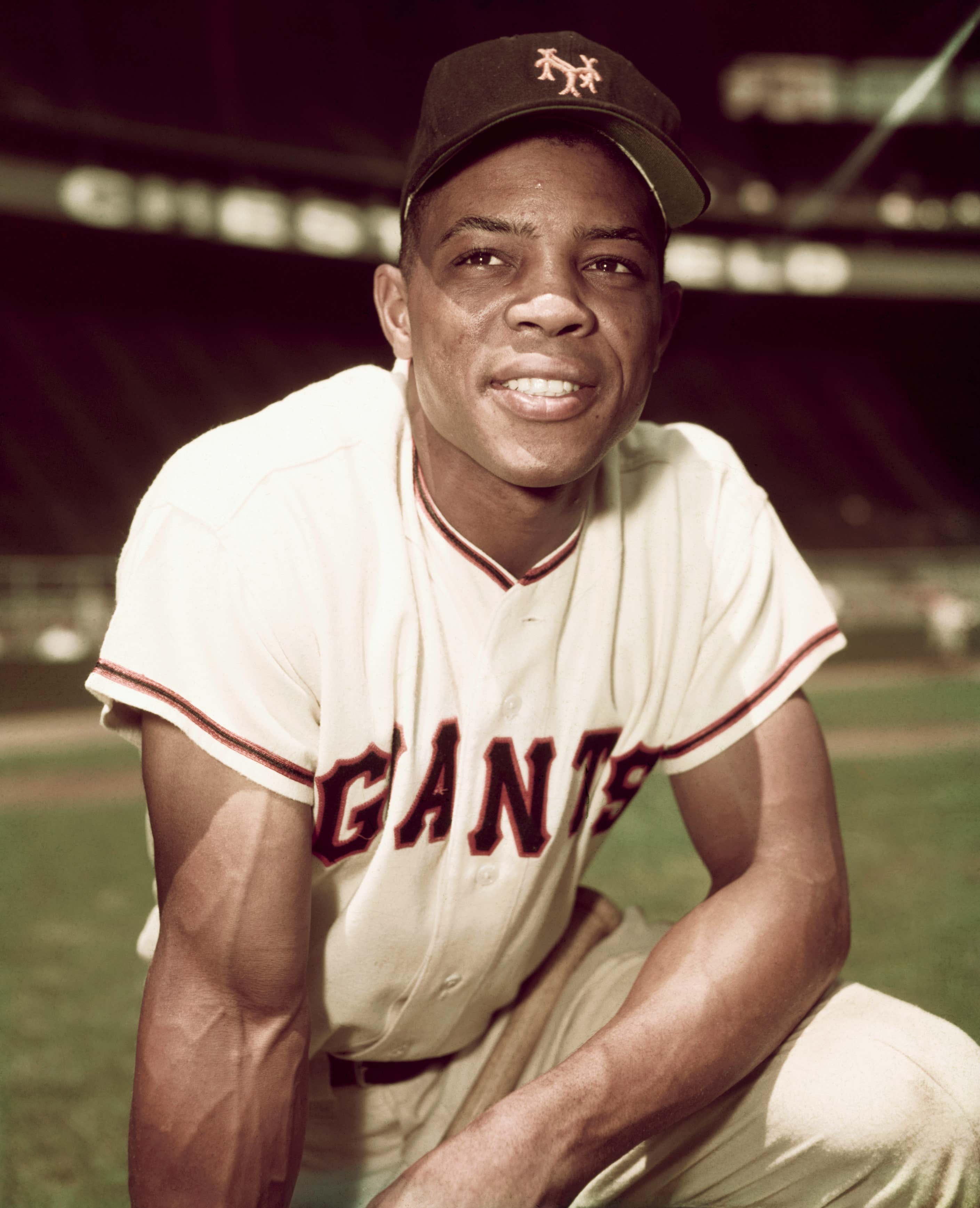 Willie Mays played his first game in the big leagues for the New York Giants on May 25th, 1951. After starting 0-12, in his 13th at-bat, facing Boston Brave's ace Warren Spahn, the twenty-year-old hit one over the left-field roof at the Polo Grounds. He went on to hit 19 more, bat .274, and along with his fielding excellence, was named National League Rookie of the Year.

It was in his rookie year when he greeted people he would say "Hey". If he forgot someone's name, it went unnoticed when he just said "Hey". As a result, New York sportswriter Barney Kremenko began calling Willie the "Say Hey Kid" in his column and it stuck. The nickname personified Willie's easy-going, friendly nature.

After winning a thrilling 3-game playoff against the Brooklyn Dodgers, one that ended with Bobby Thomson's "Shot Heard 'Round the World", the New York Giants made it to the World Series where they would face the Yankees. In Game 1 of the "Subway Series", with regular right fielder Don Mueller unable to play due to injury, along with Hank Thompson (RF) and Monte Irvin (LF), Mays (CF) became part of the first all-African American outfield.

Joe DiMaggio was Willie's childhood hero and Joe had already announced this was his last season. In the fifth inning of Game 2 at Yankee Stadium, Mays hit a fly ball to deep right-center, and DiMaggio and rookie Mickey Mantle were both converging on the ball when DiMaggio called Mantle off. Mantle stutter-stepped, caught a cleat in a drain cover, hit the ground, and wrenched his knee. DiMaggio made the catch, but Mantle was done for this Series. The Yankees went on to win the World Series in six games and DiMaggio retired a champion.

Mays was drafted into the U.S. Army during the Korean War in 1952 after playing in only 34 games, and then missed all of 1953. He played baseball while in the Army and that was where he developed his trademark "basket catch". 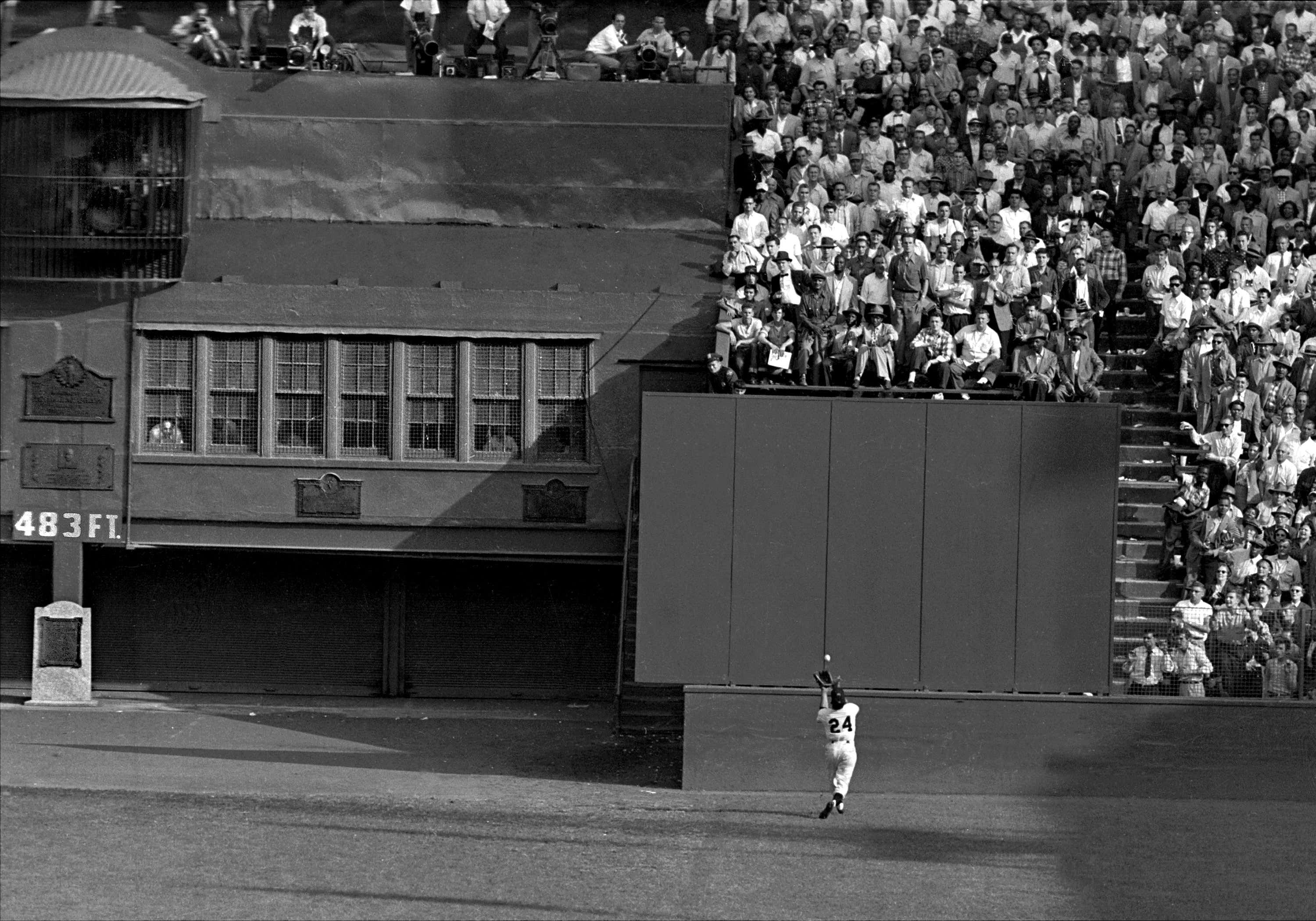 His return to baseball in 1954 was nothing short of spectacular. He hit 41 home runs, drove in 110 runs, batted .345, and was named National League MVP. The Giants won the World Series, sweeping the Cleveland Indians in four games. It was in Game 1 of the series that Vic Wertz hit a drive to deep centerfield that Mays tracked down and made an over the shoulder catch that's been called "the greatest catch in baseball history".

Over his 22 year Hall of Fame career, Mays hit 660 home runs, drove in 1,903 runs, had 3,283 hits, and had a  lifetime .302 average. Those numbers aside, Willie Mays established himself as a 5-tool player. He could hit for average, hit with power, field, throw, and run. On anybody's list of 5-tool players, Mays is number one without question.

Willie made 20 All-Star appearances in a row, spanning 3 decades from 1954-1973, prompting Ted Williams to say "They invented the All-Star game for Willie Mays". Mays also won 12 Gold Gloves in a row from 1957 -1968, and those in-the-know consider him the greatest center fielder in MLB history. In 1970 the Sporting News named him the 1960s Player of the Decade. 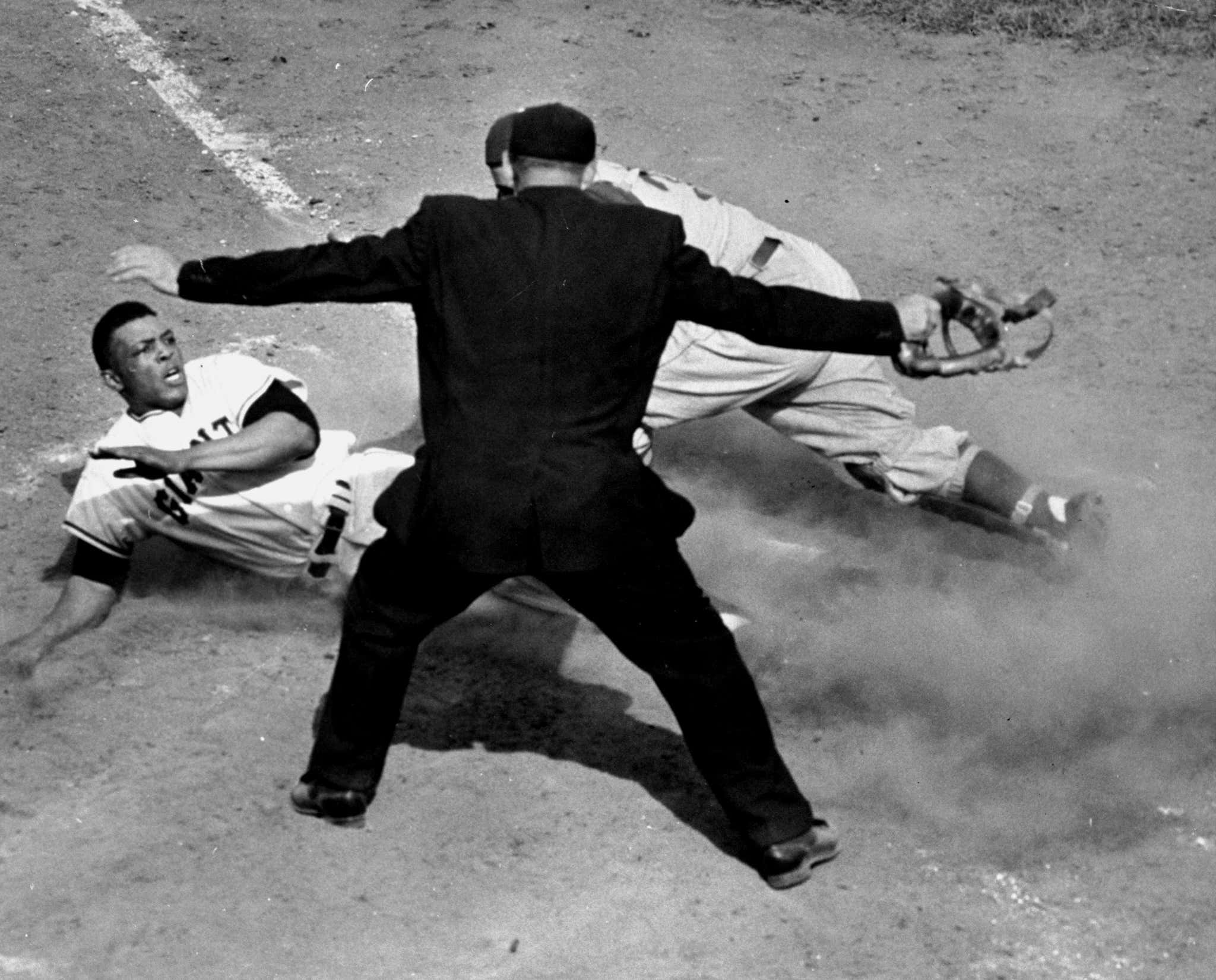 Ten years after Willie hit 51 home runs in 1955, he bettered that by hitting 52 in '65, the most in his career, and won his second National League MVP, eleven years after winning his first.

What's even more amazing is when Mays was producing these incredible numbers, the pitching rubbers were as high as 20" above home plate. It wasn't until 1969, the year after Carl Yastrzemski won the American League batting title with a .301 average, that MLB mandated pitching rubbers be no more than 10" above home plate, an attempt to minimize the pitcher's longtime advantage.

In a series in Houston on May 6, 1968, Astro owner Roy Hofheinz presented Mays with a 569-pound birthday cake for his 37th birthday, each pound representing one home run of his then-current total. After sharing it with his teammates, Mays sent the rest to the Texas Children's Hospital. 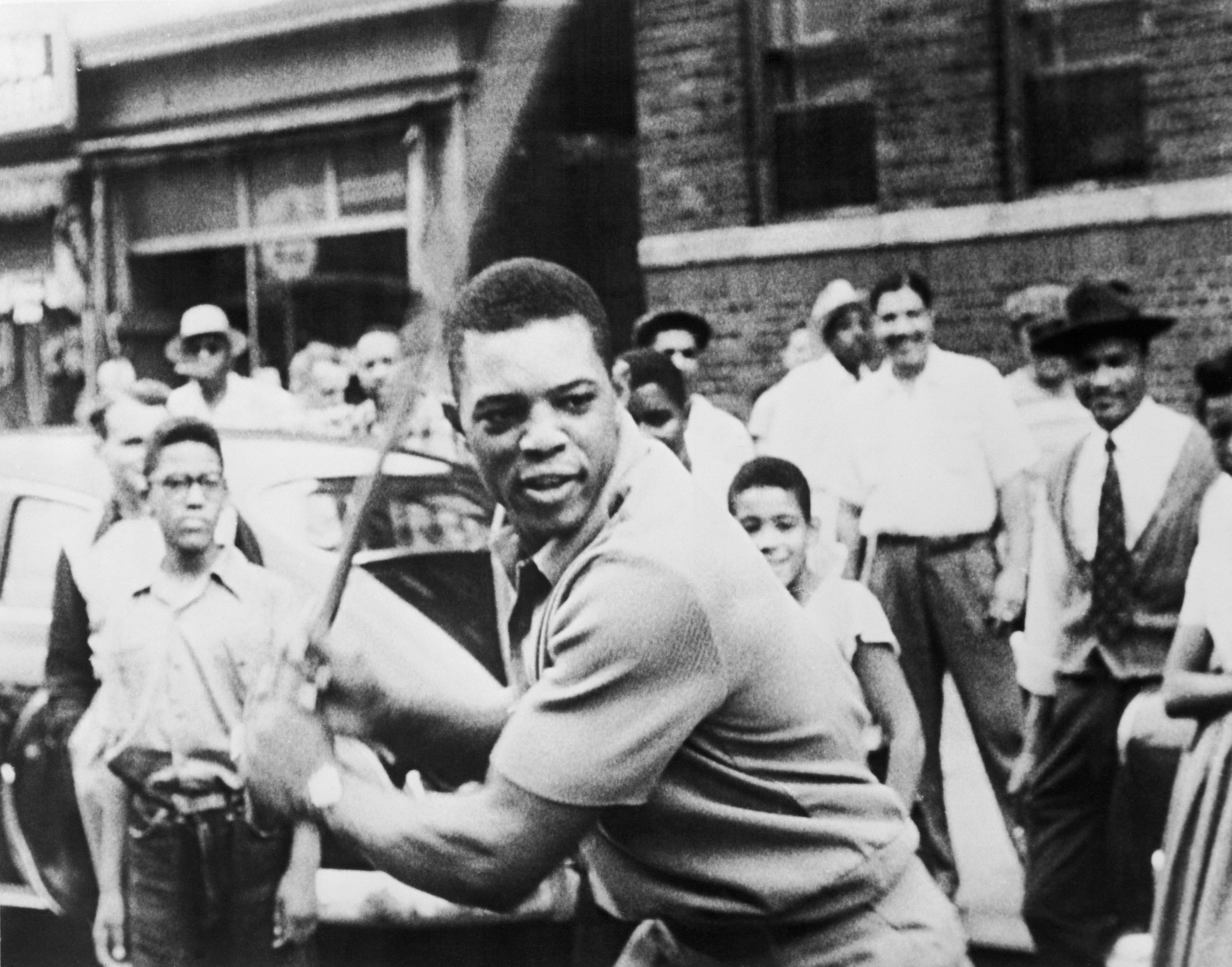 In 1972, Willie formed the Say Hey Foundation to help underprivileged children through education and community support. He was traded to the New York Mets in May of 1972 and in his first game he hit a go-ahead solo home run against the Giants. He retired in 1973 at the age of 42 after becoming the oldest player to play in a World Series. He went 2-7 with an RBI and a run scored in the seven-game series loss to Oakland.

Willie Mays was inducted into the Hall of Fame in 1979 on the first ballot, receiving 94.7% of the vote. The baseball writers all loved him and said of Mays “There are 499 Major League ballplayers. Then there is Willie Mays.”