First things first, this drawing is unbelievable. Let's break that down first. Pretty bold move to give Ross top billing from Friends. Why he's defending Michael Scott here? Figure that should be Joey or Rachel - those are the two characters people think of Friends first. Guess you can make the case that Ross is a fundamental type player though.

There's so much going on in the background though. We have to start with the obvious. There's a 100% chance Pam hooks up with Joey. Remember, Pam is a cheater at heart. She's just the worst. If she really didn't want to marry Roy she would have broken up with him. Instead she kisses Jim at the Dundies and then makes out with him in the office on Casino Night. No doubt Joey's pickup lines work as she's in a cheerleader outfit 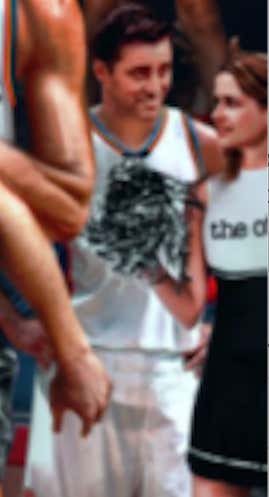 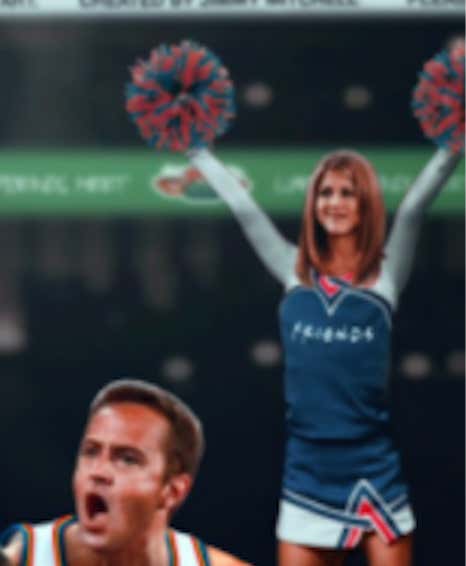 How about Jim turning into Jack Ryan here? The man looks like he has Kawhi's body and is even rocking the number 2. I'm sorry, but we saw Jim play basketball. A fine player, sure. But he's build like Kevin Durant. He weighs 150 pounds soaking wet. He's not yoked bodying up Phoebe in the paint. 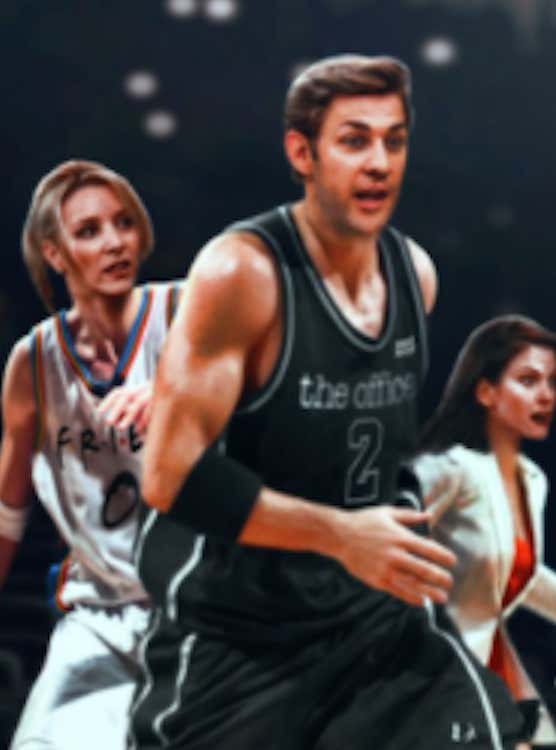 My favorite touch of the painting though is the Dunder Mifflin ad in the background. What a great episode of Michael getting pissed about creative control.

Now why is the question dumb? Who the hell is comparing The Office to Friends? Friends is a fine show. Watched it while it was live and is one of the original re-run shows to have on. That said, we're talking about The Office. The debate is The Office vs Seinfeld or The Office vs Parks and Rec. I've never once heard Friends in this debate. The Office is at least -900 on the ML here.

Oh and if this is just for some reason a basketball thing, The Office might be favored even more. Kevin can get buckets. They have the depth. They'd be favored by 14.5. Those jerseys are kind of fire though.