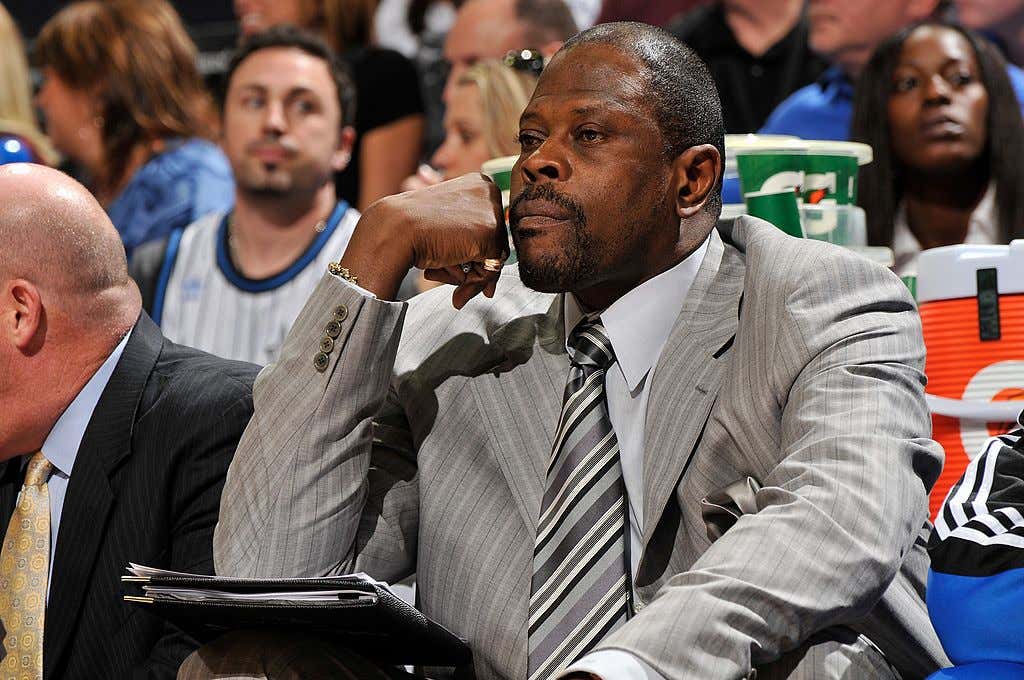 ESPN- Basketball Hall of Famer Patrick Ewing revealed Tuesday that his two Olympic gold medals and NCAA championship ring were stolen. Ewing discussed the loss of his 1984 and 1992 medals on "The Dan Patrick Show."

"My house got broken into in New York, and at one point they stole my medals," Ewing said. "So I called Jerry Colangelo [former USA Basketball chairman], and he was great to be able to get me two replacement medals."

Ewing, 57, said the 1984 national championship ring he won with Georgetown was also taken. "They did take my college championship ring, but someone tried to sell it on eBay and I was able to get that back," said Ewing, who is now the head coach at his alma mater.

What the fuck man? I get that most crooks aren't robbing from the rich to give to the poor like Robin Hood (I only recognize Kevin Costner, the Disney fox, or the Men In Tights Robin Hoods as the true Princes of Thieves). But can't Patrick Ewing's three biggest achievements in his athletic life be left alone? Every Sunday night from 9-11 pm ET, the entire world collectively jerks off to the guy that ruined Big Pat's life in both college and the pros followed by aftershocks of sucking that guy's dick during the week. Taking away the stuff he actually won either with Michael Jordan or when Michael Jordan wasn't around to take it from him just seems like piling on. The robber might as well just turned up Ewing's heat all the way up on his way out so Patrick could sweat himself to death.

There's always this sad black cloud seemingly hovering around Patrick Ewing whenever he's on TV, like a 7 foot Eeyore with bad knees. He doesn't need anymore bummers in his life that aren't being broadcasted to millions of people locked inside during quarantine. If you want to steal championship rings, take whatever ones Michael Jordan didn't pawn off to pay gambling debts and leave the Big Fella alone!