For those of you who don't know, Altoona is in the middle of nowhere Pennsylvania. I am incredibly pleased to announce that it is much closer to Pittsburgh than it is to Philly. Which would make sense considering Pittsburgh thinks they're culinary geniuses just because they threw a handful of french fries onto a sandwich. Next thing you know, Pittsburgh will think they're the next Paris because they put some potato chips on their ham & cheese. But I digress.

The fact of the matter is that Altoona, PA could very much go on to secede from the United States of America and nobody would ever notice. And after seeing this pizza, I think it's time for America to kick them out of the club ourselves. Because the longer we allow Altoona to keep being a part of the US of A, the closer we get into having to go to war with Italy.

Now I'd imagine that under any other circumstances, you give us a 1-on-1 fight against Italy and that war is over within a couple of hours. But if it's over pizza? And not just any pizza, but this absolute abomination? 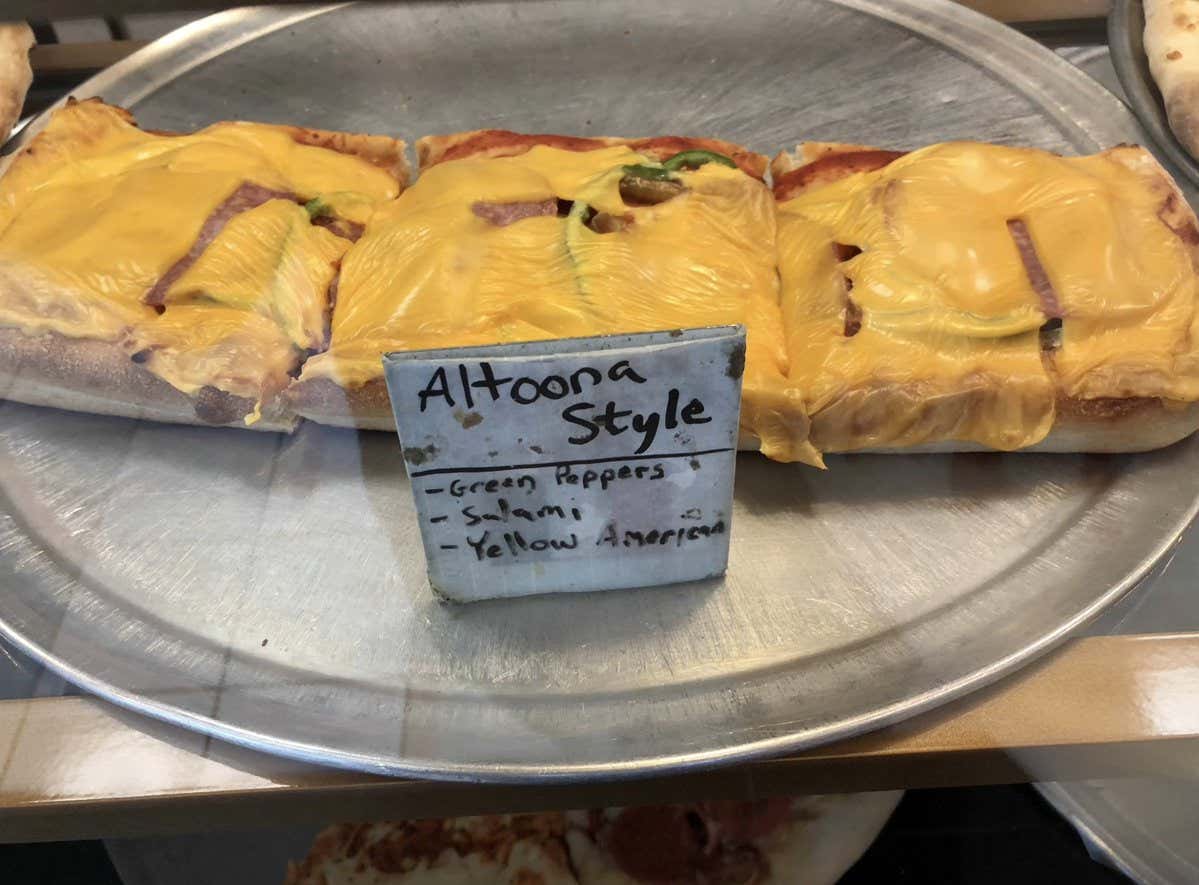 That's motivation enough to pull off a miracle. Especially when you consider that all of the other world powers would have no other option but to take their side. This is a war crime and until we do something about Altoona, we're all on the hook for it.