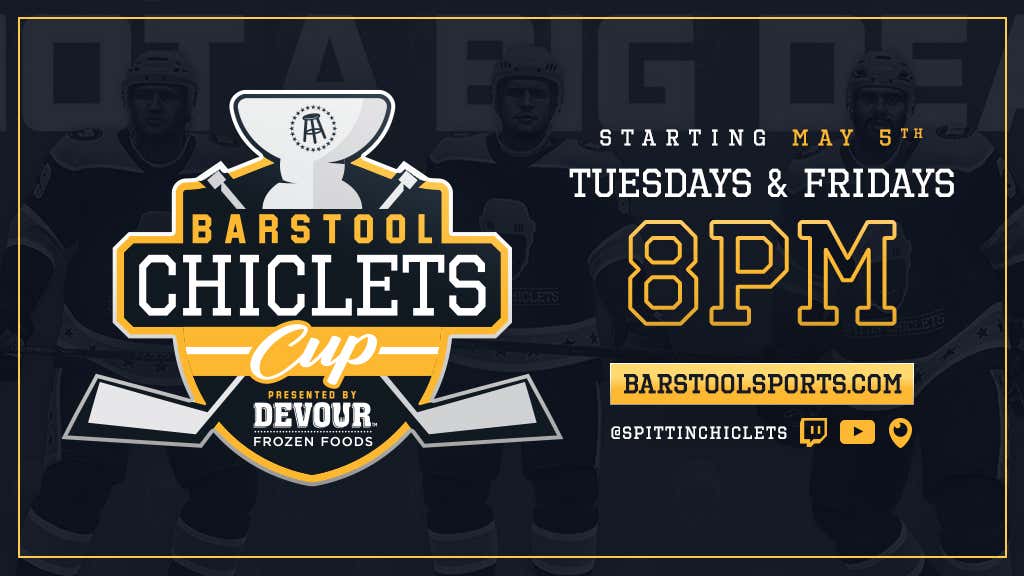 We at Spittin' Chiclets have dove into the world of esports and hockey gaming and are launching The Barstool Chiclets Cup, an NHL20 tournament brought to you by DEVOUR Frozen Foods. The tournament will air on the Spittin' Chiclets Twitch, Youtube, Twitter and Facebook as well as barstoolsports.com. The games will be hosted by former NHLers and the current hosts of the Spittin' Chiclets podcast, Ryan Whitney and Paul Bissonnette. The Tournament will feature current NHL players, Twitch Streamers and Barstool Sports Personalities and will run every Tuesday and Friday night starting at 8pm EST until we crown a champion.

- Winner advances to next round

- Must play as team you play for

While normally we will announce the matchup at 2pm EST on Game Day, We spilled the beans on this weeks episode of Spittin' Chiclets. The first matchup will feature Stanley Cup Champion Jordan Binnington vs Colin Blackwell of the Nashville Predators. 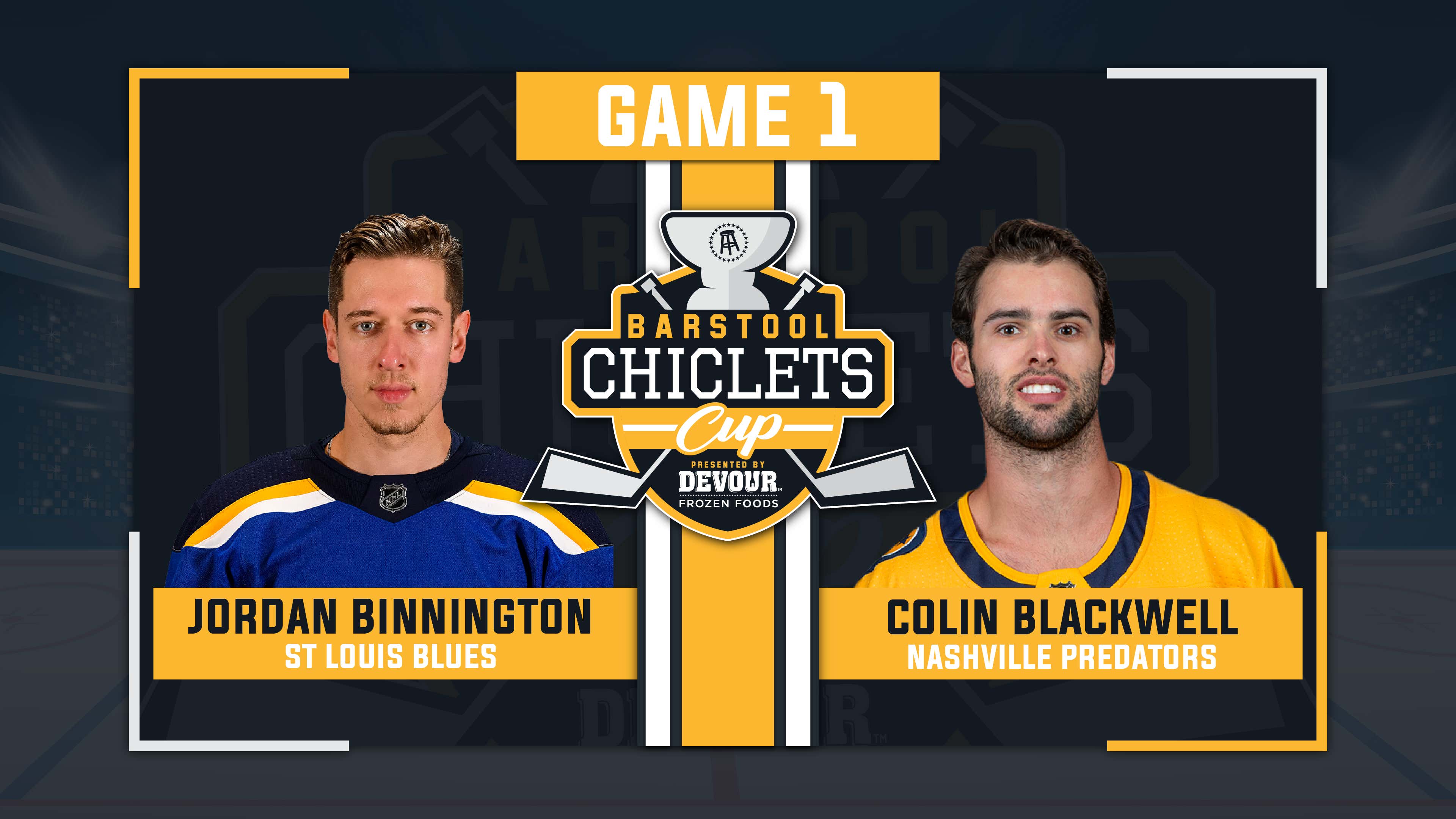