I heard this song for the first time this weekend and was blown away. I knew German speaking people were the kings of classical music (Mozart, Beethoven, Bach) but had zero idea they could get this funky. Then I learned that this is the same guy who made the song "Rock Me Amadeus" so I guess I shouldn't have been so shocked.

However, I was still astonished to learn that Falco, is considered by some to be the first white rapper!

(HISTORY.COM) In the United States, where the original version of “Der Kommissar” barely dented the Hot 100, Falco would accomplish the same historic feat four years later, when “Rock Me Amadeus,” a German-language tribute to that other famous Austrian, shot all the way to #1 on the Billboard pop charts in the spring of 1986. And what exactly was Falco’s history-making achievement? Well, not only did “Rock Me Amadeus” make him the first Austrian to top the U.S. pop charts, but it also earned Falco the unlikely distinction of scoring the first American #1 pop hit by a male rap artist. Yes, that’s right—it wasn’t Doug E. Fresh or Kool Moe Dee or Kurtis Blow or Run-D.M.C. but an Austrian in a powdered wig who first brought hip hop—of a sort—to the top of the pops

I haven't done enough research to determine whether he actually was the first white rapper, but if people want to classify "Der Kommissar" and "Rock Me Amadeus" as rap I'm perfectly fine with that, even if my guess was "German Coke Disco"

I looked at the english lyrics of the song and their interpretation  tho and found out I was at least right about the "coke" part.

(SONG FACTS) The song is about cocaine--meeting up with others in public places, using cocaine, and looking out for the police. That is, "Don't look now, a cop's over there." Unfortunately, most lyric sites (as usual) mess up the biggest lyrical clue to the meaning of the song: where the ATF lyrics are "that her nose had told the story", the sites say "that I know she told the story." Listen for other references to cocaine: 'snow' and 'sugar' are slang for cocaine, along with lines such as "the more you live the faster you will die" and "every night is bright she got…" 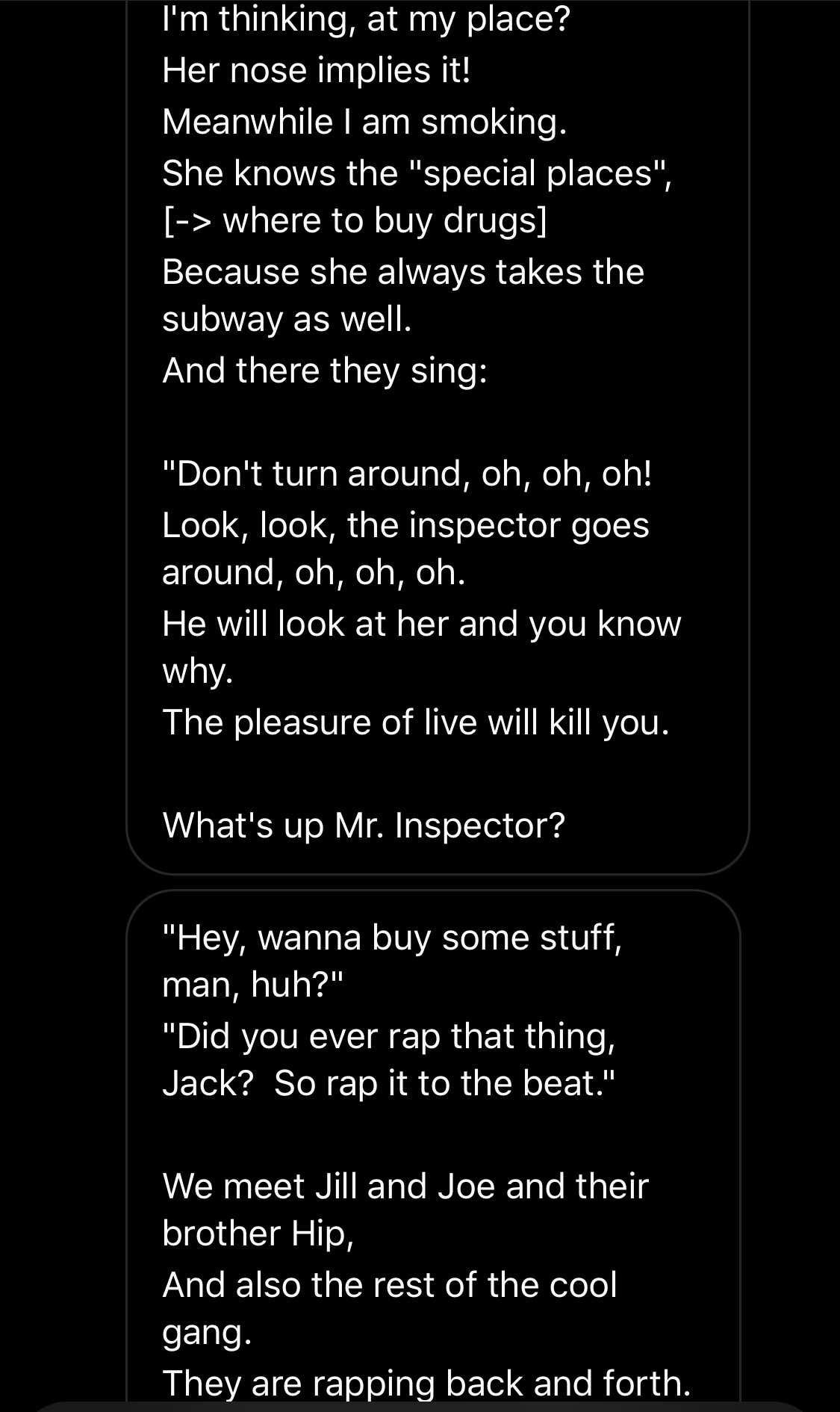 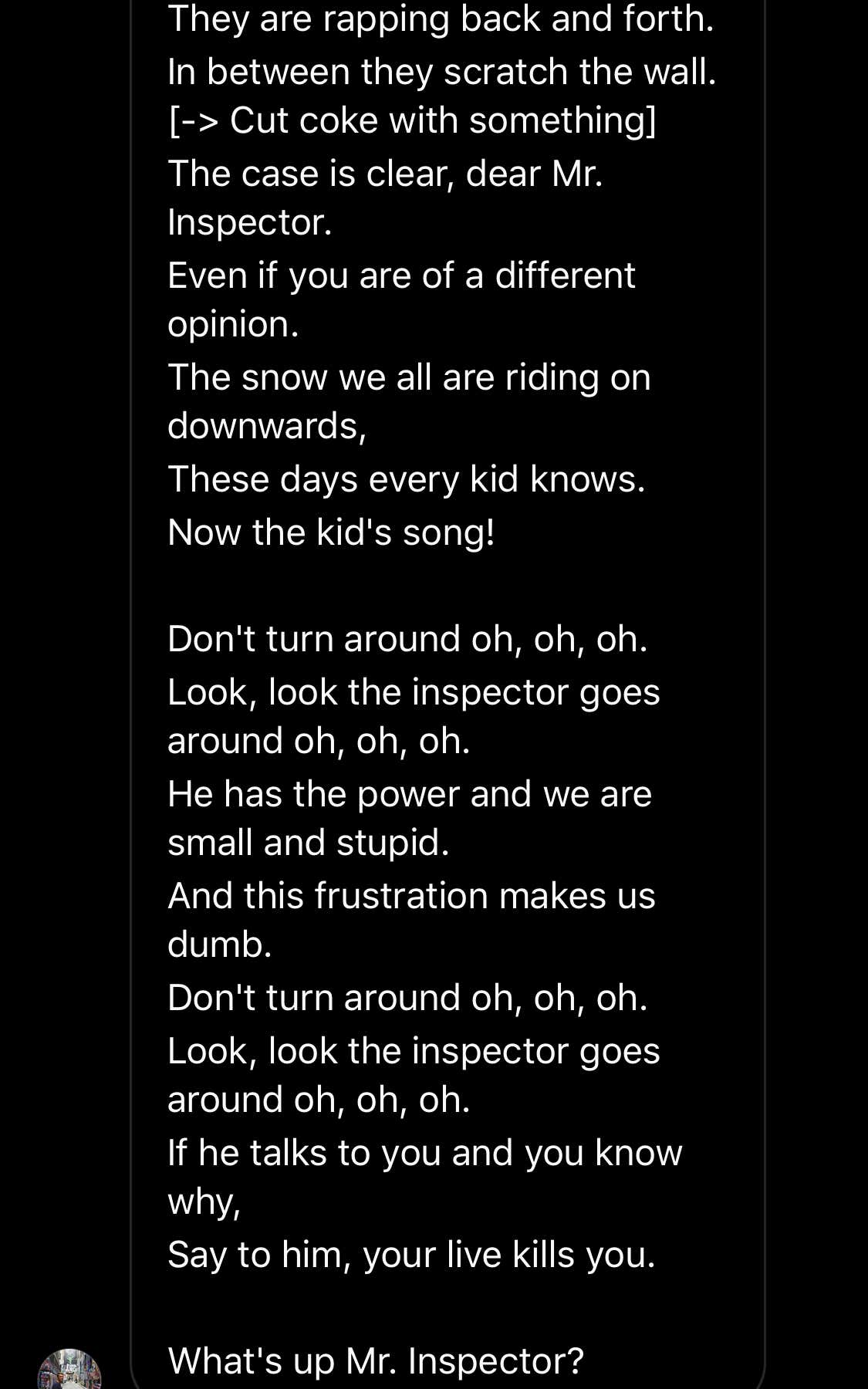 Anyways, the song slaps and I highly recommend jamming out to it this quarantine.