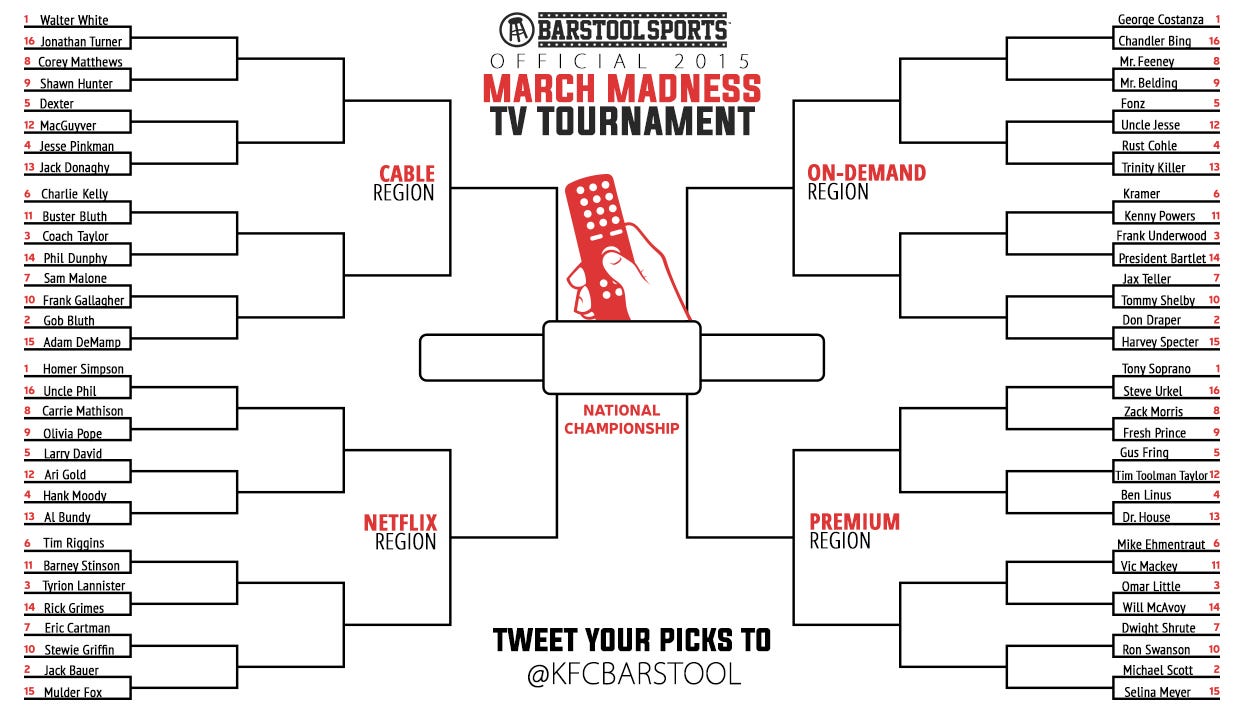 So this is a project I’ve been working on for a couple weeks. Its my largest undertaking since the Cartoon Smokeshow Tournament on FSN back in 2009. It took so long because I’ll be honest, its flat out impossible to fit all the best TV characters ever into a bracket of 64. This could easily be a 128 character tournament. You look at casts like Breaking Bad and Always Sunny and Game of Thrones and Arrested Development and that could be 64 characters right there alone. Truly impossible to just rank characters 1-64 while trying to balance old vs. new, drama vs. comedy. At one point I legit had conferences and automatic bids and at large bids. It was getting way too complicated.

So I stopped complicating the situation and just put together 64 of the best TV characters of all time. Funniest, the most badass, the best villains, on and on. I tried to limit the number of characters from each show, and older shows and chick shows didnt get much love because like I said, cuts needed to be made somewhere. This thing is skewed more towards modern dramas and comedies. I’ll be breaking down my picks region by region over the course of a few blogs. As you make your picks, tweet at me with your Final Four, your biggest snubs, and any other commentary on the tournament. 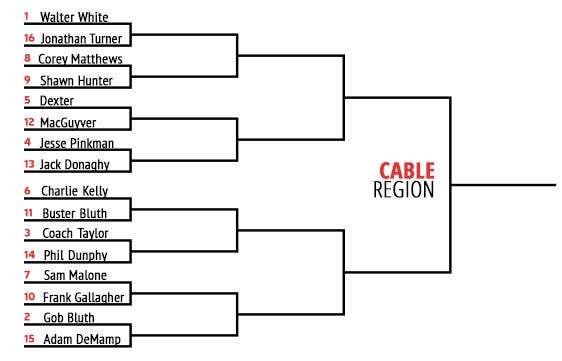 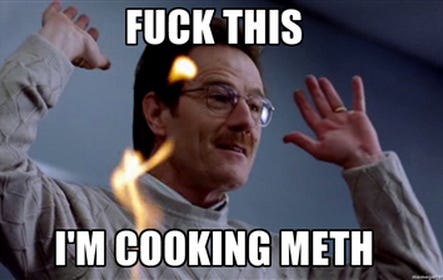 8. Corey Matthews vs. 9. Shawn Hunter – Our second Boy Meets World appearance in as many games. Corey facing his Brother From Another Mother Shawn. A true Sophies Choice for anybody who grew up on this show. Ultimately Shawn Hunter was just light years cooler than Corey. Sure, he was trailer park white trash, but by the end of Boy Meets World, Corey had devolved into like a small child incapable of anything but goofy voices and baby talk with Topanga. Winner. Mista Hunter *Georgy Feeney Voice*

5. Dexter Morgan vs 12. MacGuyver – two of the most creative, unrealistic, ingenius TV characters of all time. Dexter a serial killer police officer who commits hundreds of flawless unsolved murders meticulously avoiding his police chief sister and all of his coworkers while inexplicably keeps blood samples as his trophies. MacGuyver the secret agent working for the Phoenix Foundation using every day household items and only his surroundings to create bombs, booby traps and equipment to foil crime. Inexplicably refuses to use guns and just uses a Swiss Army Knife and duct tape to accomplish the task. This is our first 12 v 5 upset alert…MacGuyver is a fucking CLASSIC TV character. His feud with Murdock was A+ TV. Plus Dexter’s final 4 seasons and transformation into a lumberjack had him on the verge of defeat. But ultimately his experience with the Ice Truck Killer and Trinity and MacGuyver being too much of a pussy with guns proves too much. Dexter wraps him in plastic and plunges a knife into his chest. Winner: Dexter Morgan 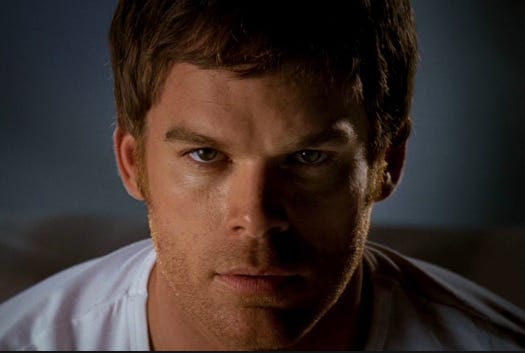 6. Charlie Kelly vs 11. Buster Bluth – Two of the dumbest, least capable TV characters of all time. Charlie cant read, Buster can’t leave his mothers side. Charlie in boiled denim armed with a mop and bucket vs. Buster in his Motherboy costume and his hook hand. Upset alert all over this one, but eventually, a master of karate, the Nightman Cometh. Winner: Charlie Kelly 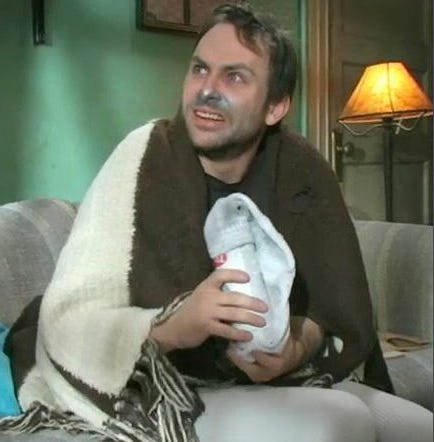 7. Sam Malone vs. 10 Frank Gallagher – The Booze Showdown. Sam on one side of the bar, Frank on the other. Frank’s cirrhosis weighs him down too much against the former Major League ballplayer. Sam kicks Frank out of the bar and leaves him in a pool of his own excrement. Winner: Sam Malone 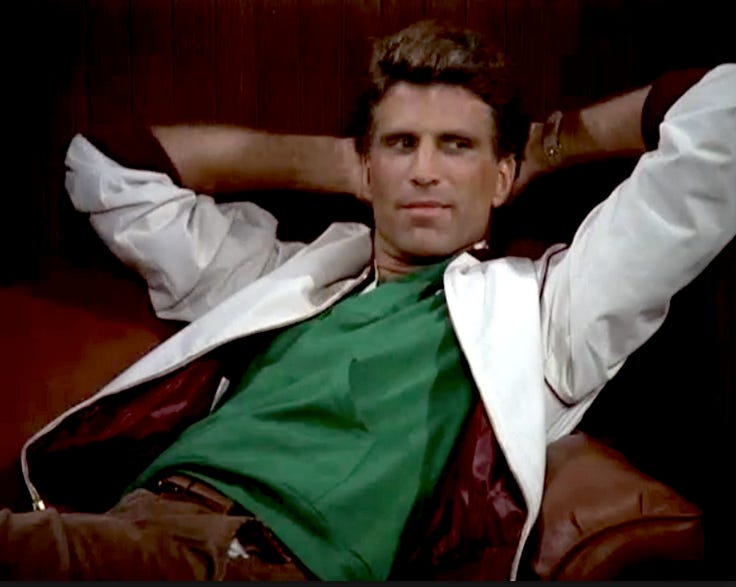 2. Gob Bluth vs. 15 Adam from Alcoholics – Two of the least smooth guys on television. Each always exaggerating how much they get laid. But do you really think the guy in the $3,500 pants is gonna lose to a 15 seed?? COME ON! Winner: Gob Bluth 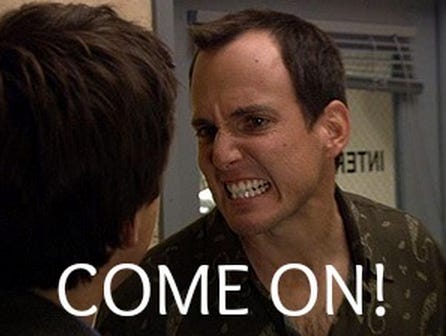 4. Jesse Pinkman vs. 5. Dexter – Jesse has a conscience, Dexter does not. One can kill with precision, one cannot. But Jesse always finds a way. Back him into a corner and he does what it takes. If he can survive Nazi enslavement, he can dispose of lumberjack Dexter. Winner: Jesse Pinkman

3. Coach Taylor vs. 6. Charlie Kelly – This is a sad matchup. If Charlie were ever to fall under the tutelage of Coach, his entire life could have been different. He could have been the Dennis Reynolds of the Gang. He would be able to read and The Waitress would fuck him. But alas he’s borderline homeless and retarded and will never thrive at anything other than Charlie Work. Winner: Coach Taylor

2. Gob Bluth vs. 7. Sam Malone – Sam needed a “I just fucked Diane and Rebecca, and Woody, Cliff and Norm all have my back” to win this matchup. Instead we got more of a gray haired Becker performance. Gob rolls on to the sweet 16 on the segway. Winner: Gob Bluth

1. Walter White vs. 4 Jesse Pinkman – The conclusion of Breaking Bad saw Jesse ride off to freedom while Walter died in a pool of his own blood. But this is a whole new matchup. This is Heisenberg-with-the-ricin vs. a broken Jesse Pinkman. At any moment Heisenberg could kill his long time sidekick. And he advances to the Elite 8 doing just that

2. GOB Bluth vs. 3. Coach Taylor – GOD has a few tricks up his sleeve and leaves Coach Taylor with a look of Howdy Doo Dat. Coach Taylor up against the ropes like when Dillon fired his ass. But there is no more resilient manin this entire tournament than Eric Taylor. Coach with the upset! Winner: Coach Taylor

1. Walter White vs. 3. Coach Taylor – Clear Eyes vs. Blue Meth. Right vs Wrong. Conscience, principles, and scruples up against selfish greed and pure evil. Coach Taylor may have been able to take out Walter White, but by the Elite 8 Walter has gone Heisenberg. He’s in the Empire Business. He hatches a plan that gets Coach arrested for that random fucking dude that Landry murdered in Season 2. In classic Heisenberg fashion he outsmarts his competition.

Your Final Four Rep from the Cable Region: Walter White/Heisenberg 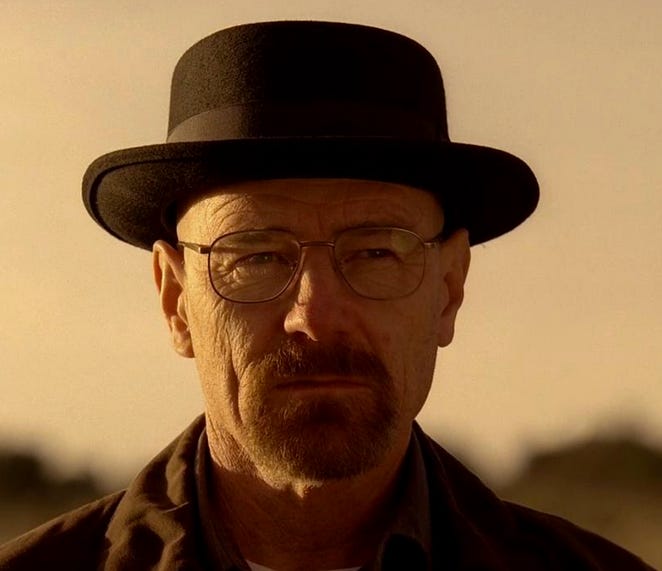 Vote For Your Winners: