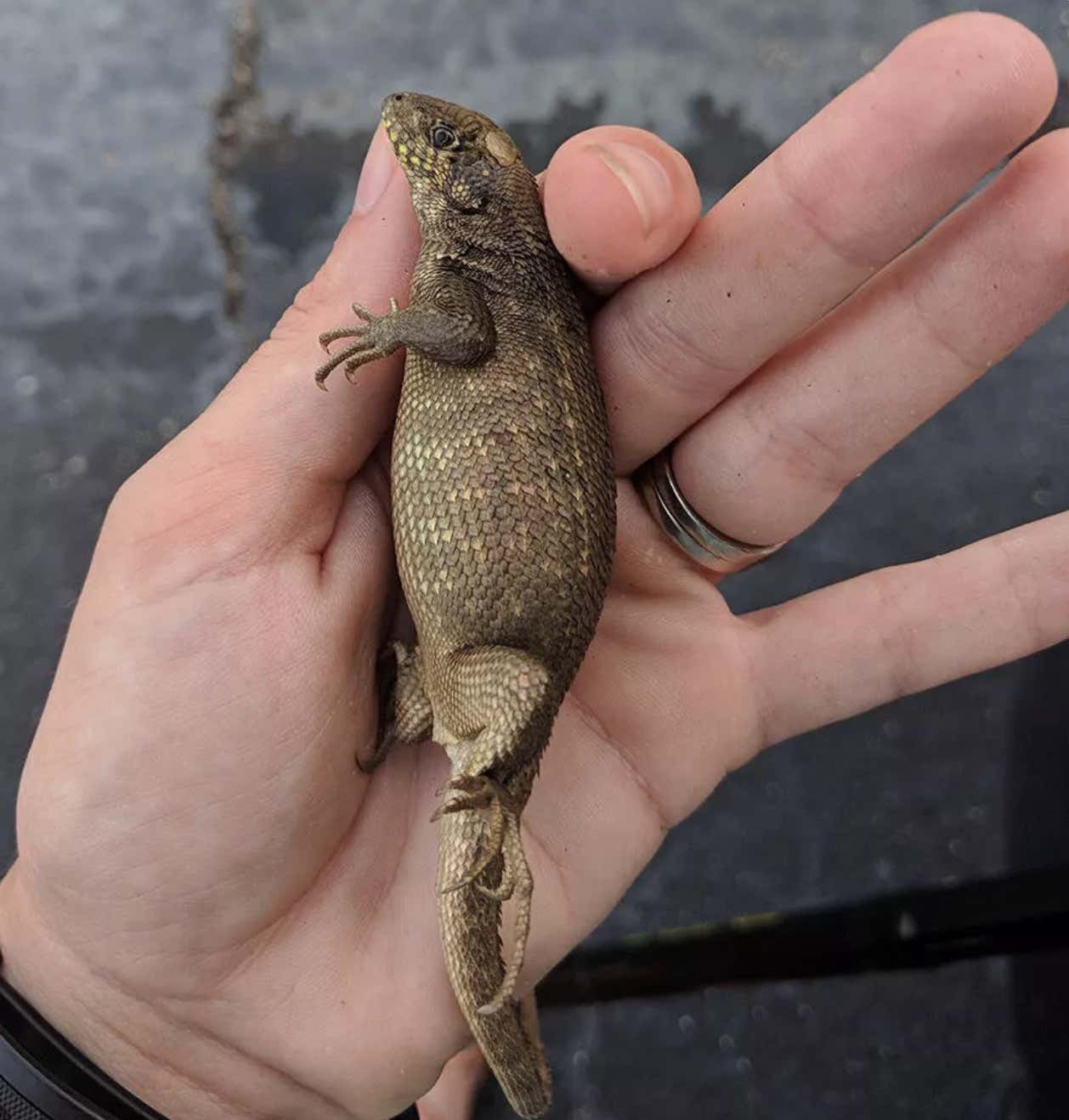 CNET - Researchers at the University of Florida and the Florida Museum found a record-setting lizard in Cocoa Beach. The northern curly-tailed lizard had been feeding near a grease bin at a pizza restaurant.

"Mouthfuls of insects, an anole and greasy sand congealed into an unpassable glob of poop nearly 80% of the animal's total body mass -- the largest known feces-to-body-mass ratio recorded in a living animal," the Florida Museum said in a sobering release this week.

At first, the scientists thought the lizard was pregnant, but the body didn't feel right. A CT scan revealed the awful truth. The lizard was humanely euthanized and the researchers created a 3D model of its body for study.

First and foremost, RIP to this legend. Gone way too soon. I mean imagine being so constipated that the only option is euthanization. And what sucks the most is it seems like these scientists didn't even let this poor lizard feel the sense of relief after finally getting that turd out before they flipped the off switch on him. They couldn't just give him a dozen hot wings and some light beer just to see if they could finally make him unleash hell on the toilet the next morning? I'm sure it was a quick and painless procedure but you could have given this lizard the most satisfying moment of his life before you put him down for the big sleep. He could die happy after that moment.

80% of its total body mass, but that butthole was just playing Dennis Rodman level defense. Really puts things into perspective, though. You'll never take another bowel movement for granted again. This lizard died so we all could deuce. Make sure to pay your respects the next time you're rocking a number two. We lost a great one and it's up to us to carry on his legacy. Sharts and prayers.