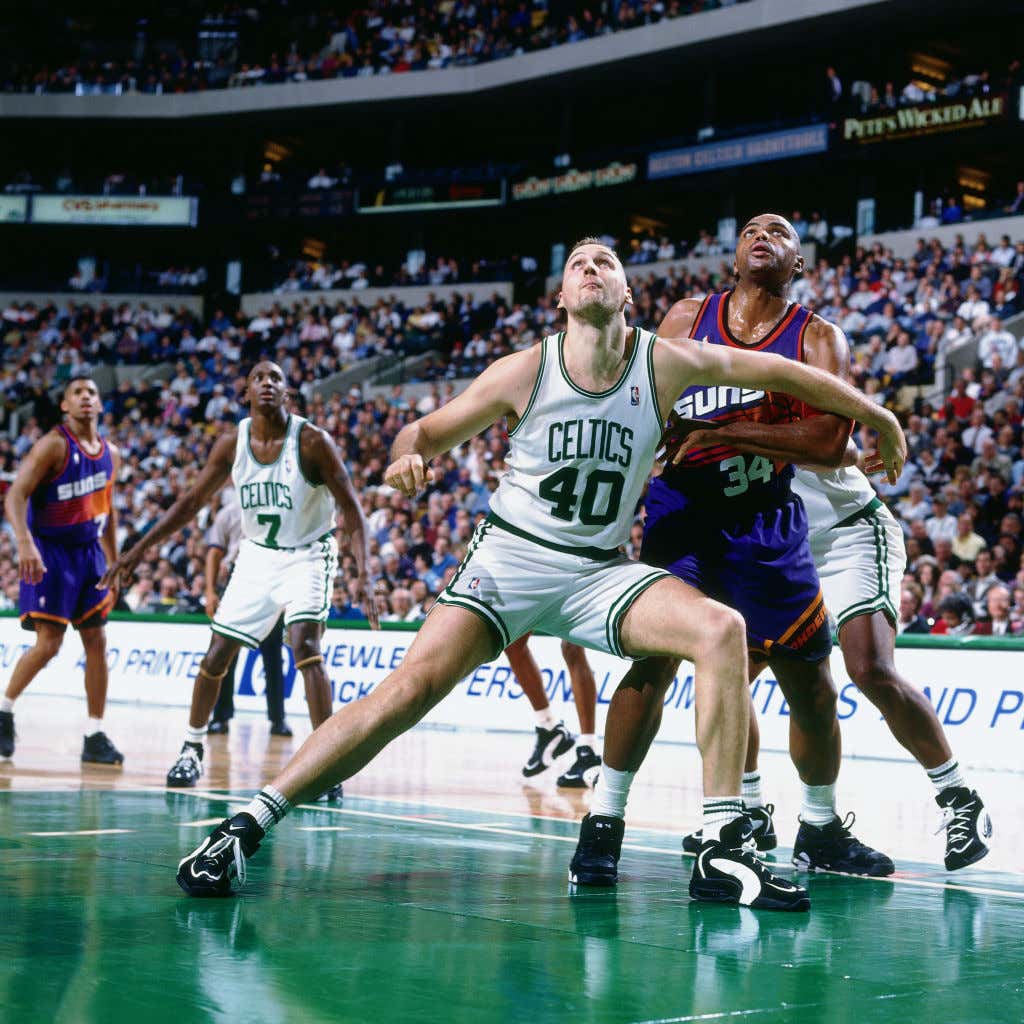 (Sportando) - Crotian Hall of Famer Dino Radja talked about the end of his Boston Celtics experience with contra.gr:

"Υοu cannot work with a person who has lied to you. When he came to the Celtics i had heard rumors that he wants to get rid of everybody. For 4 years i was among the best players of the team. I felt i have the right to ask him directly about his plan. I went to see him to ask him if he wanted to trade me. I told him ‘i m 30 years old and i have the feeling that i have gain every right to ask you if you want to trade me. And i want you to give me an honest answer. If you don’t like me it is fine by me. It is your prerogative to trade me. it’s just business. Just say so and if you trade me i would like to go to a competitive team. Don’t send to me any whorehouse. This is something i deserve, after everything i have done for the Celtics and in my career’. He told me ‘no, i don’t have the slightest interest to trade you. I want to build the team around you”. After few days i found out he trade me to the worst organization there was back then: the Sixers. I could have react in many different ways. The Balkans are smarter than the Americans. So i decide to don’t lose my right. I didn’t ask him to trade me to the champions. I just wanted to play in a good team. But he didn’t want to do that. I wasn’t trade  because of my knee. If i would, i could finalize the trade. But that was something i didn’t want to do. So, we agreed on letting me go back to Europe"

For any Celtics fan that had to endure the disaster that was the 90s era there are a lot of reasons to hate Rick Pitino. You know it's not a good sign when the best thing he ever did in his 3.5 years leading the Celts was beating the Bulls in the season opener in 1997-98. Literally everything went to shit the moment that final buzzer went off. Well now after hearing this story from Celtics legend Dino Radja I find myself hating Rick Pitino even more.

We as fans didn't really have a lot to cheer for in the 90s when it came to this team, and that was even more true during the Radja years. From 1993 to 1997 the Celts made the playoffs once (lost in the first round), and were incapable of winning more than 35 games in any of those seasons. But at the same time with a roster that was mostly dogshit, Dino Radja ruled

He was absolutely their best player, put up solid production during his time in Boston

and was just entering his prime when this all went down.

Enter that slimeball Rick Pitino in the 1997-98 season.

If there's one thing we would soon learn about Pitino it's that he was hell bend on gutting all the good players from this roster. Those weren't just rumors. So to hear this story from Dino about how Pitino just straight up lied to his face and then sent him to the worst team in the league isn't all that surprising. I don't care if there was maybe a little bit lost in translation in that quote, Dino asking to not be sent to just any whorehouse is pretty damn funny. I would be pissed if I got traded to Philly too, who would want to go to that dogshit franchise? I mean I guess Al Horford, but how's that working out for him?

I can't help but think of all the "what ifs" that might have followed if Pitino wasn't such a lying piece of shit. Maybe Dino stays in Boston and plays with Chauncey/Ron Mercer. Maybe they actually are good and Pitino doesn't make that in season trade with Chauncey and then a few years later with Mercer. I'll remind you the Celts won 36, 19, 35 and 36 games during the Pitino era. He clearly had no idea what he was doing and him being the driving force that led to Dino Radja dipping and heading back to Europe is some bullshit. What an asshole. There was one good player on those early 90s teams that you simply didn't have to be a lying scumbag towards and Pitino couldn't do it.

Instead, we as Celtics fans weren't just robbed of a team that potentially wouldn't have sucked, we were robbed of more years of the HOF talent that was Dino Radja. At a time when we didn't really have a lot to look forward to. I dunno about you, but I never heard that story from Dino and I find myself getting mad at Pitino all over again. I didn't think it could get much worse in terms of how I viewed that era of Celtics basketball, the era that molded me as a fan, but here we are.