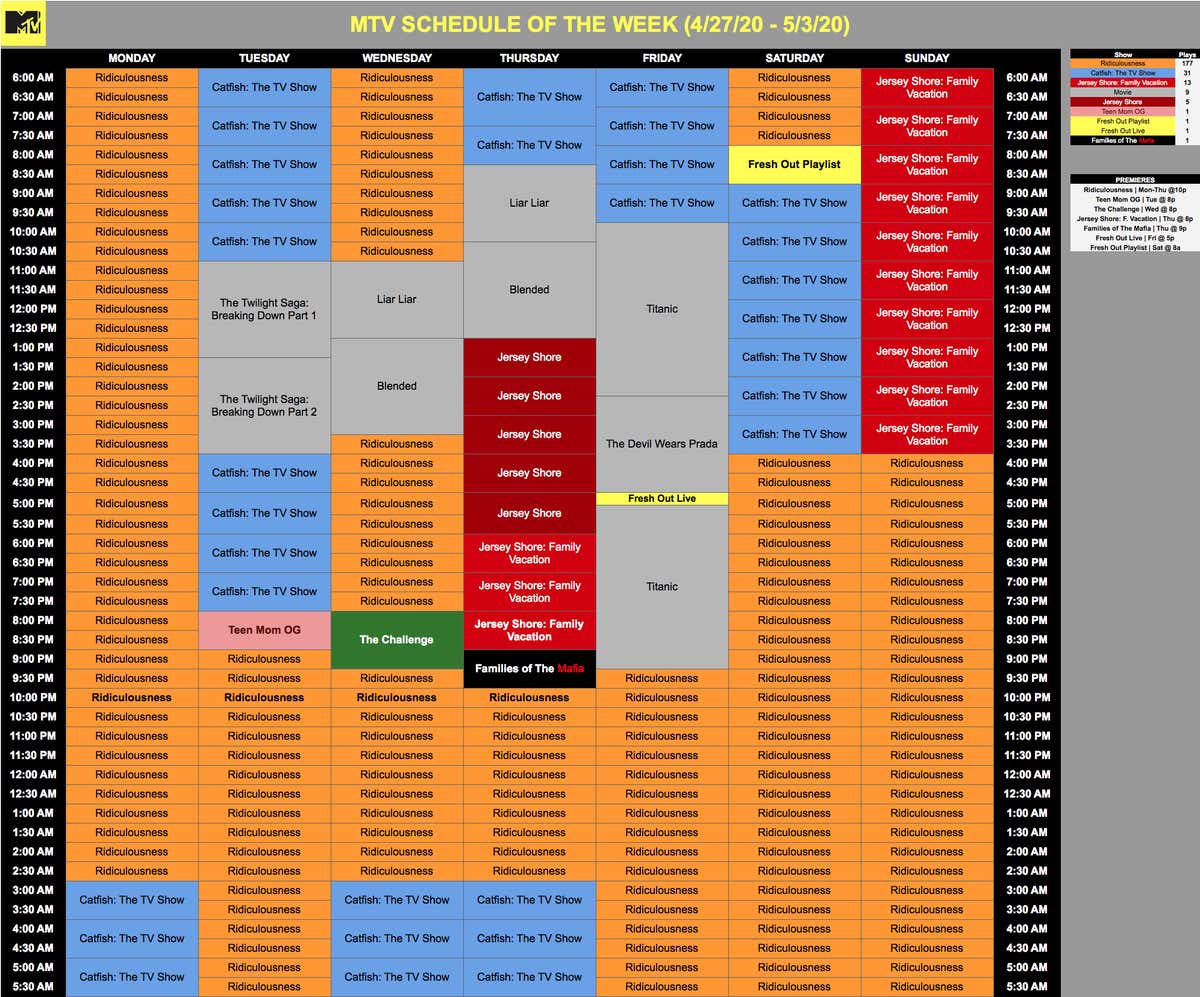 This is some of the most psychotic shit I've ever seen.

Who in the world needs that much Ridiculousness?! I don't even hate Dyrdek or the show, but having it on that much is insane and I bet they even agree. Someone even broke it down in a poll: 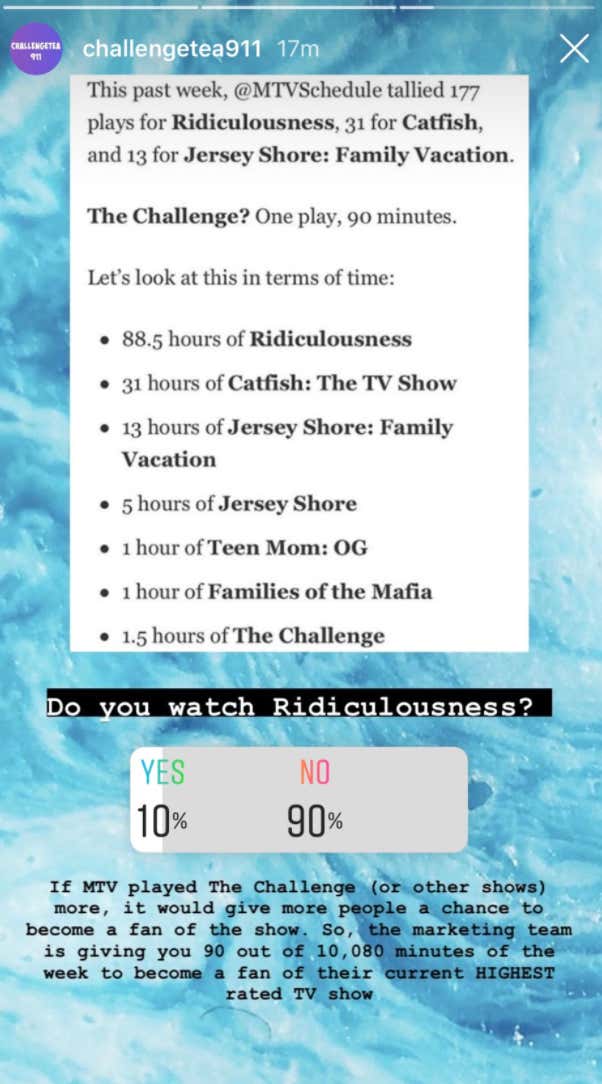 88.5 hours! Over 3 whole fucking days! I'm a Challenge guy, but I'm not even just being biased toward that. MTV had a shit ton of good shows that they could be rolling like True Life, Two-A-Days, Room Raiders, Next, etc., but they still just trot that line up out week after week.

It's the ultimate Mailtime and I need to know more about why the hell they do it.