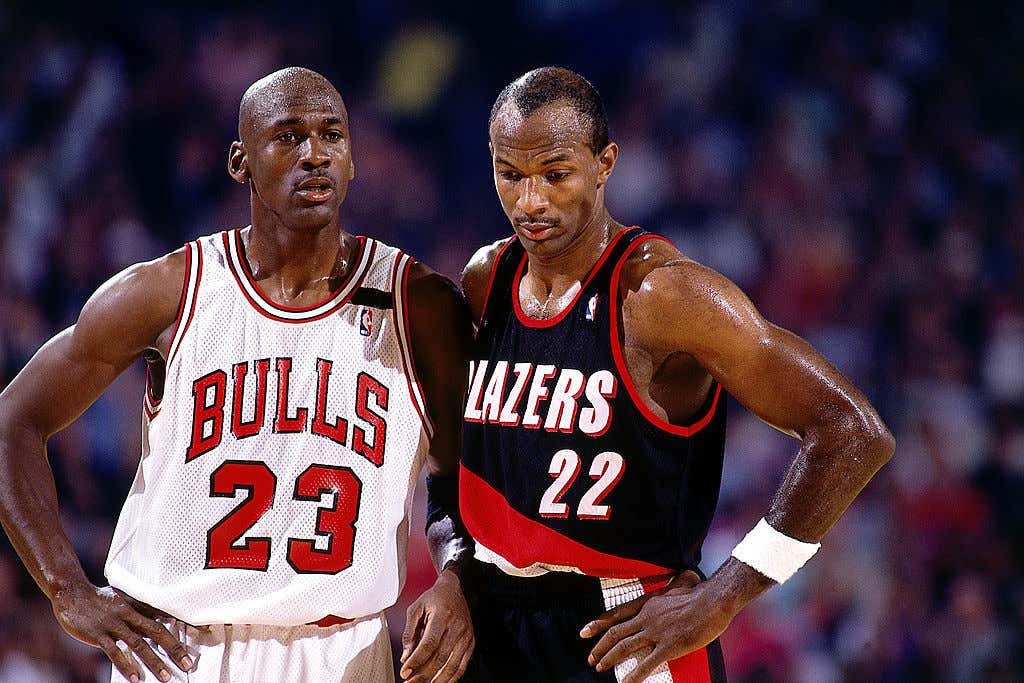 There have been a ton of enjoyable moments so far in The Last Dance, but something I've particularly enjoyed is our inside look at the psyche of Jordan. Yeah we knew he was this badass competitor that was essentially a basketball psycho, but I feel like for people around my age that weren't really functioning humans during his first three peat, hearing about what made Jordan tick is pretty cool. For example I had no idea that all it took for Jordan to get to another level competitive wise was hearing that Jerry Krause liked a different player. Didn't matter if it was Toni Kukoc or Thunder Dan Majerle, the simple fact that Jordan knew Krause liked you was enough for Jordan to destroy you.

It's also pretty awesome to hear how slighted he felt whenever he was compared to another active player. Down right disgusted that anyone would even suggest that there could potentially be another player in the league on his level. Now while that may be true, it didn't matter if it was some scrub or a guy that was ya know, a Hall Of Fame player and one of the best offensive weapons in league history.

Was he Michael Jordan? No, but let's not pretend like Clyde wasn't an absolute stud during that same era

In the late 80s and early 90s, Drexler was a certified beast. Putting up 27.2/7.9/5.8/2.7 on 49.6% shooting like it was nothing, he may not have been Jordan but he was for sure the closest thing mere mortals had. For almost anyone else on the planet, being compared to Clyde Drexler would be a pretty good compliment. For Jordan? Couldn't have been more of an insult.

The year they faced off in the Finals, Drexler was coming off a terrific season. I'm talking  25/6.6/6.7/1.8 on 47/33% splits with a career high 1.5 3PM a night. He would obviously make the All Star Team and finished a member of the First Team All NBA squad while coming in second in the MVP race. Shit, in that Finals he averaged 24.8/7.8/5.3 so it's not like he didn't show up. The problem was Jordan made his life a living hell and his efficiency wasn't there at all. He had just one game that series in which he shot over 42% from the floor. You could say Jordan took that comparison personally and straight up broke one of the best players in the entire league. Drexler came back the next year and averaged under 20 points a game in 42 appearances, his lowest total since his third year in the league back in 1985-86.

Then the next year Jordan basically did the same thing with Chuck in their Finals battle. I think that's what really stands out to me so far and helps paint a picture of just how different Jordan was. Any time he was challenged by generational talents, some of the best players the league has ever seen, he made them essentially irrelevant. That's some God shit. It's one thing to get pissed that people may think Dan Majerle is on your level, it's another thing to get so mad that future Hall Of Fame players are being compared to you that you go up a level and destroy every single one of them in your path.

It's why I feel like it's a damn shame that Kobe wasn't born a little earlier. Imagine if Kobe was 19 in like 1992 compared to 1998 and they had all of the 90s to battle it out. He's really the only player we've seen Jordan not have a problem being talked about in the same breath, so I wonder if that would have been the case had they been given the opportunity to compete against each other when Jordan was in his prime.

Probably not, Jordan probably would have taken his soul too.