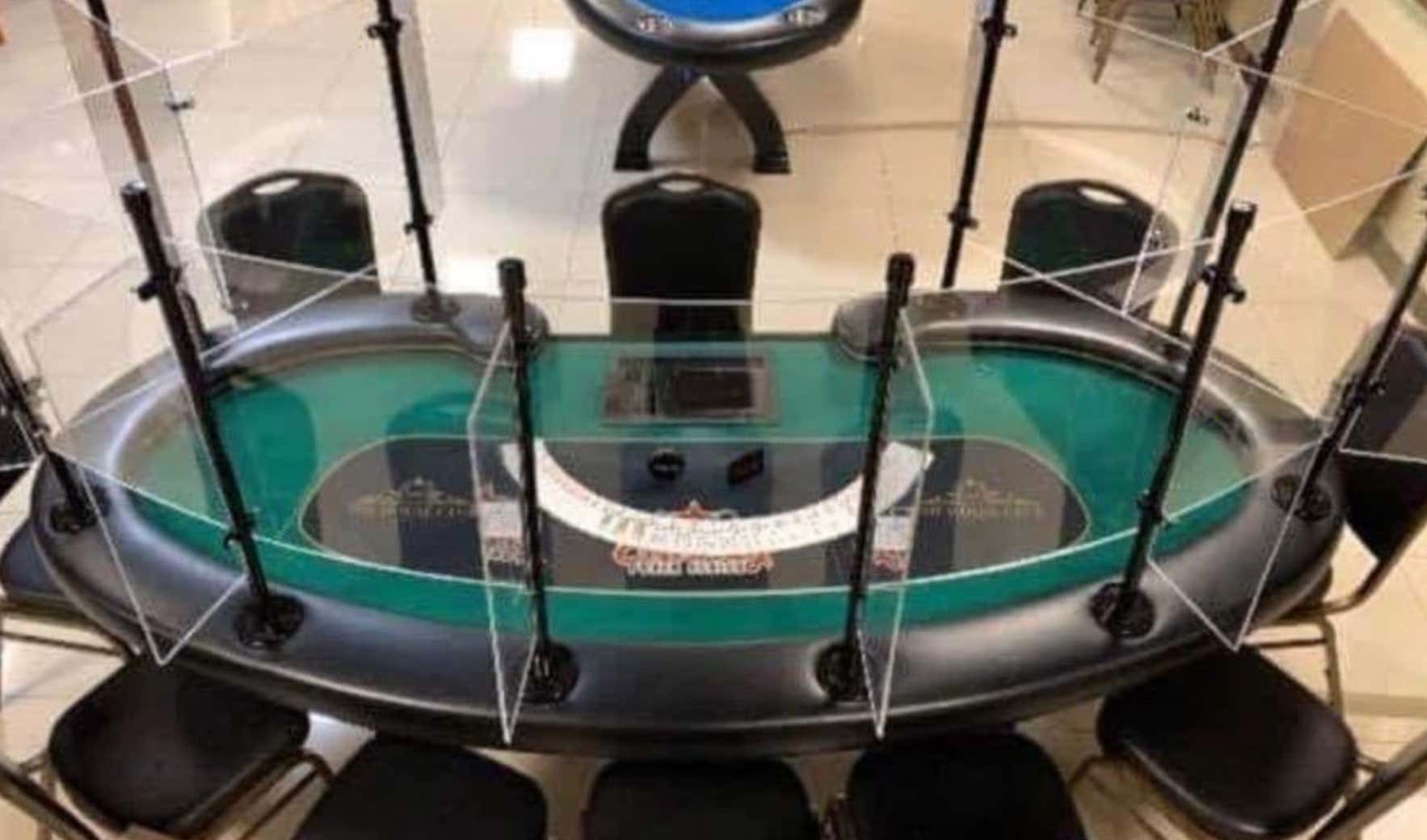 All these "new" solutions to getting table games back in casinos are logically dumb when you really think about it. The way the germs spread, the fact everyone would still be touching the same chips and cards,the fact that everyone is still 3 inches away from each other and are obviously still going to sit back in their chairs and talk, all of it. Plus the logistics of people in casinos still walking down the hallways, standing in lines, using the bathrooms, etc. These sneeze guards are reminiscent of taking your shoes off at the airport, maybe it looks like you're safer, but you aren't really in reality.

Daniel Negreanu said it best. How are they deciding how many people can stand at a roulette table or craps table?

Well, they take a dart and throw it and that's the number. They aren't using much more than that.

So Phil Galfon, one of the brighter people not just in poker but in the world, came up with a solution. Something that could solve all of our problems when it comes to playing poker. So just what is Phil Galfond's solution?

The fact online poker still isn't even close to regulated across the country is the biggest joke. Especially now more than ever. When we are forced to stay home and stay distant. When more people will want to play at home than ever. And there is a safe and viable way to do it, but for some reason our lawmakers refuse to get it done. If there was ever a time to push harder than ever, now is the time, and I've heard very little about any states taking the initiative. It sucks. Volume has never been higher on the regulated sites in NV, NJ, DE, and PA, but yet we can't get it going anywhere else. Imagine how much money New York would be making right now? It's insane.

Just do it, Trump. Smash that legalize online poker button.

PS: We had a really good episode of Cracking Aces last week so check that out if you would.