My thumb hurt when I woke up this morning. My throbbing finger made me think of the HOU vs NE game where the weight of a planet that is Vince Willfork landed on Jacoby Brissett's throwing thumb. Brissett couldn't even attempt a pass ...

My brain then led me to the time Vince Wilfork LAID OUT Donald Jones in a game vs the Bills. I'm not sure how many times Belichick had Wilfork dropping back in coverage, but I know it wasn't enough.

THEN I remembered the play most people probably think of when they think Vince Wilfork highlight reel. The 320 lb + brick shit house barreling into Patriot's territory after picking off Phillip Rivers in Week 2 of the 2011 season.

Wilfork was even the catalyst for the infamous Butt Fumble. The Patriots defensive line is moved backwards, while Wilfork takes his man one on one, without budging an inch. Nothing like watching a Patriots DT do exactly what Belichick wants them to do. Eat space and hold the line.

And of course who could forget on HBO Hard-knocks he played a classic game of 15 vs 15 with and showed the world Air Wilfork.

The Patriots lost a great one when Wilfork went to Houston, but at least he bookended his Patriot's career with Championships in 2004 & 2014. 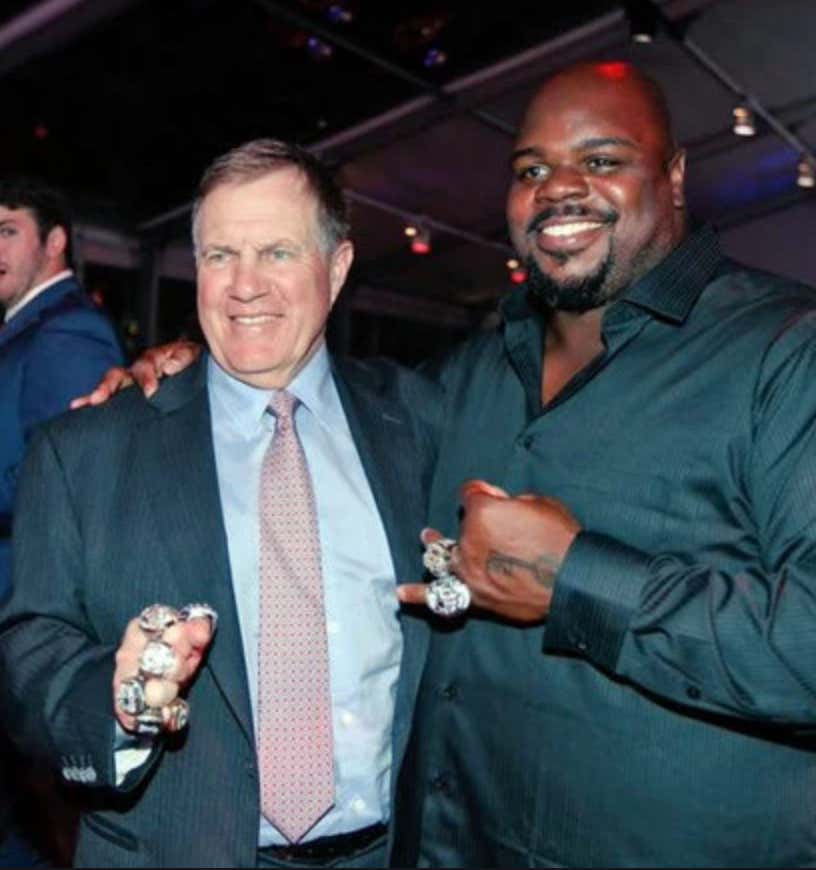