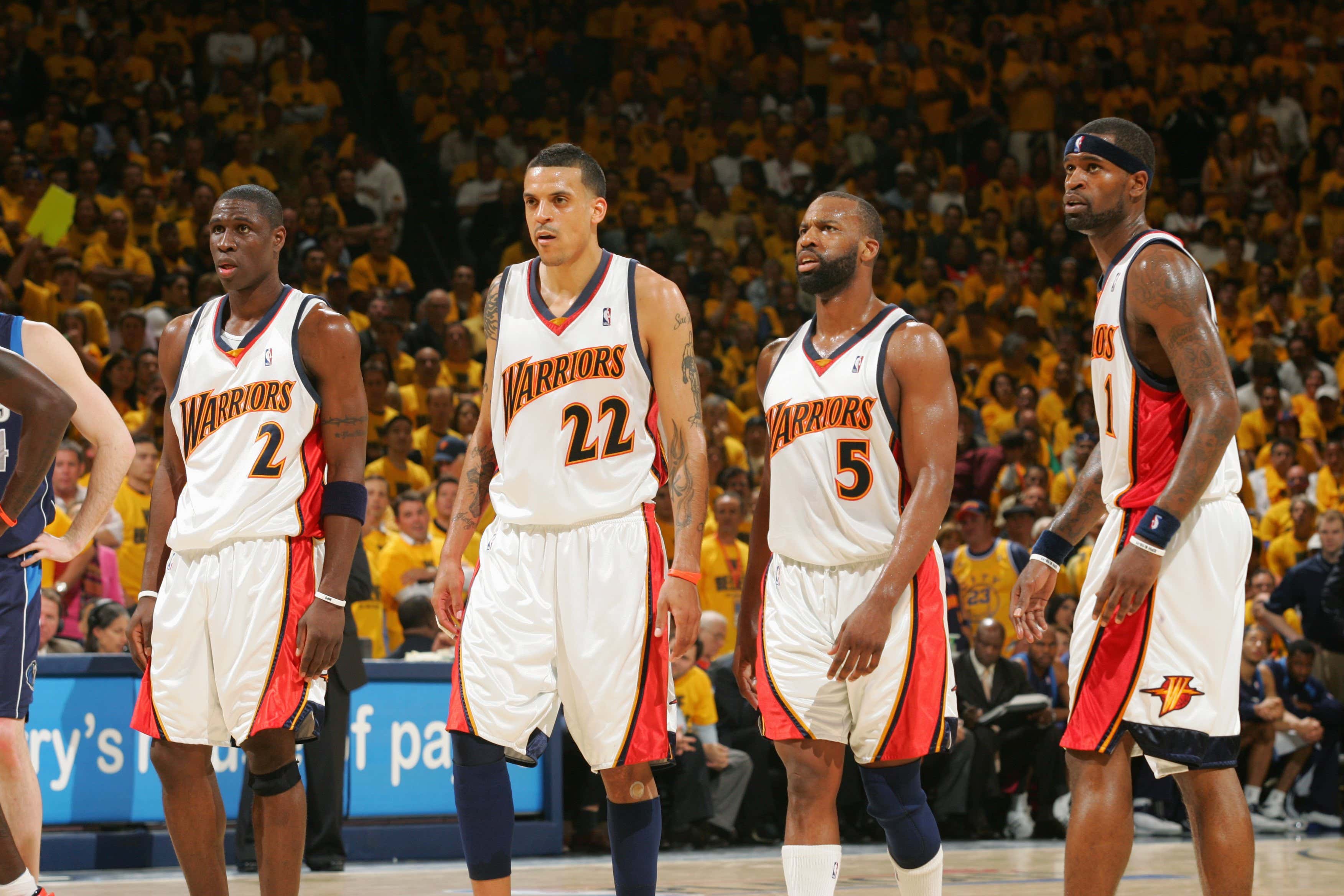 If you can believe it, there was a time in the NBA when the entire world didn't hate the Warriors. I know that seems hard to imagine in 2020, but it's true. In fact, I'd go so far to say the We Believe Warriors were one of the most fun teams of that early 2000s era. I'll always remember that run in 2007 mostly because while I was in college a lot of my buddies were from the Bay (shout out Moraga) and allllll they would do was chant

despite finishing with a win total somewhere in the 30s year after year. But then 2007 happened. They somehow found a way to win 42 games and snag the 8 seed, finally making the playoffs for the first time in 13 years. Naturally my friends we insufferable and even though they were matched up with the 67 win Mavericks who had the league MVP, they believed.

Well, we know what happened. Only one of the greatest upsets in NBA playoff history. Those teams were so goddamn fun with Baron Davis, Jason Richardson, Al Harrington, Stephen Jackson, Monta Ellis, Ike Diogu (shoutout ASU), Mickael Pietrus, all led by the legend that is Donnie Nelson. Oracle Arena during that run was the loudest arena I'd ever seen. Remember, this was years before they all became annoying as shit due to all that winning, so at the time I think everyone outside of Mavs fans were rooting for this underdog Warriors team.

While the Warriors ultimately fell in the next round in 5 games to the Jazz, that series had its moments as well like the time Baron Davis absolutely murdered Andre Kirilenko

But nothing will top that first round series against the Mavs. You don't see 8 seeds upsets all that often in the NBA, especially nowadays, but that's just what made those We Believe Warriors so special. Man, I can only imagine how much fun they had that night after Game 6