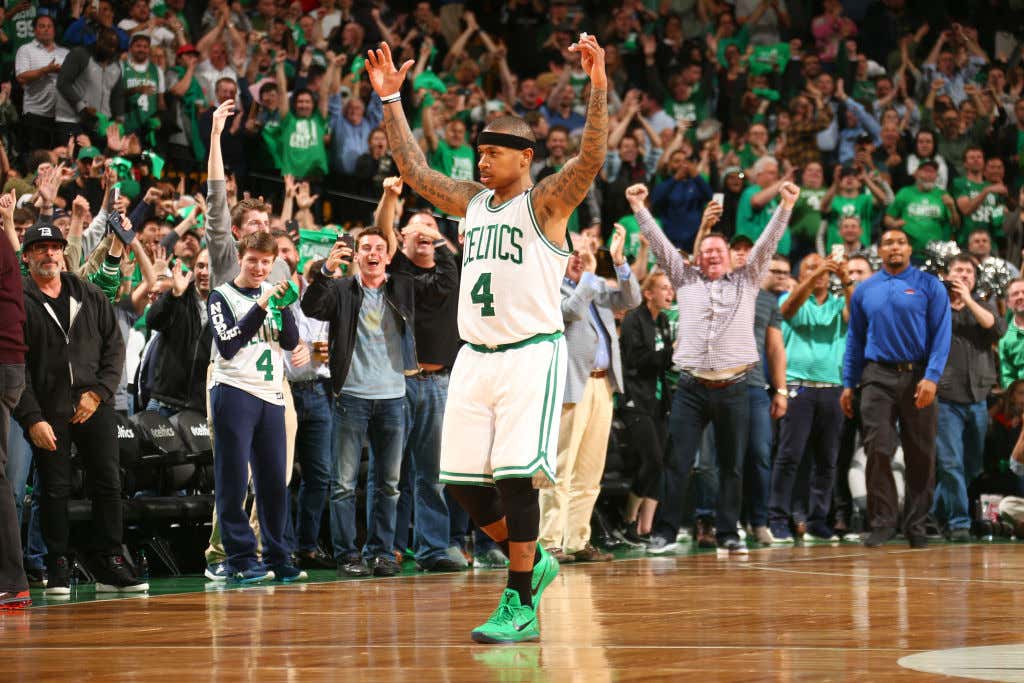 May 2, 2017. Feels like forever ago but in reality it was just three years ago that Isaiah took the floor for Game 2 against the Wizards. You may remember earlier in the playoffs he tragically lost his sister and still went out and played amazing against the Bulls. Well this was another special moment that will live forever in Celtics history.

The all time playoff record for points in a single game is 54 by John Havlicek who did it against the Atlanta Hawks on April 4th, 1972. Maybe you've heard of Hondo before, he's only one of the greatest Celtics of all time. In all of Celtics history there have only been five 50+ point playoff performances and after what Isaiah did on this day back in 2017, only Hondo has scored more points. In NBA playoff history it was the 14th highest scoring performance, which seems good. Not only was the game a 129-119 OT thriller that the Celts pulled out, but Isaiah's legendary performance came on his sister Chyna's birthday. Even to this day that still gives me chills. I feel confident in saying it's just as incredible to watch now than it was live. What an all time performance

It was like something out of a movie. That's the only way I can describe it. You'll never be able to convince me his sister wasn't looking down on him and blessed him for that game. That 2016-17 Isaiah season will forever be one of the best offensive seasons we will ever see a Celtic player have, and how he was able to find the strength to go on that playoff run the way he did still makes no sense. Just an absolute beast by every definition of the word.