Mens Health - World heavyweight boxing champion Mike Tyson says he is in the best shape of his life as he prepares to make his return to the ring. Speaking with rapper T.I. on Instagram Live from quarantine this week, the retired fighter revealed that he's been training hard ahead of his comeback, which will involve taking part in matches for charity.

"I've been hitting the mitts for the last week," he said. "That's been tough, my body is really jacked up and really sore from hitting the mitts. I've been working out, I've been trying to get in the ring, I think I'm going to box some exhibitions and get in shape. I want to go to the gym and get in shape to be able to box three or four-round exhibitions for some charities and stuff. Some charity exhibitions, make some money, help some homeless and drug-affected motherfucker like me."

Choo Choo. Get off the tracks. The baddest 53-year-old man on the planet, Iron Mike Tyson, is coming through. 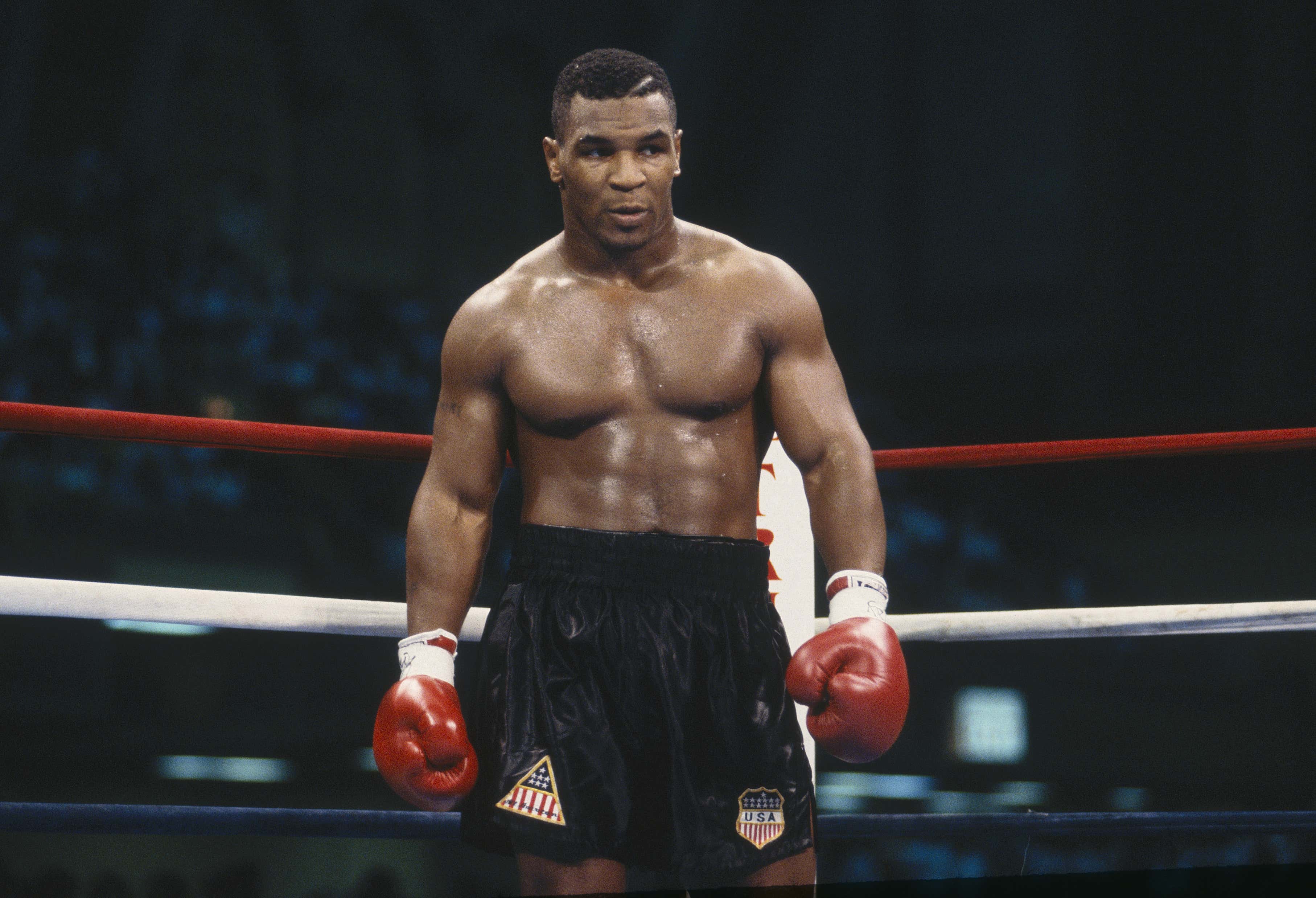 Laugh it up. Doubt away. He looked like shit in his last two fights at the end of his career (a 2004 KO in which he quit laying down against the UK's Danny Williams (who?) and throwing in the towel before the start of the 7th against Ireland's Kevin McBride in 2005) but that was because he wasn't training properly, if at all. Which he openly admitted.

These won't be title fights he's training for obviously. Just exhibitions for charity. Even so, look at the video that hit the twitter this afternoon and tell me this doesn't get your balls tingling a little bit.

Does that look like a 53-year-old man to you? Besides the salt & pepper beard. Before you make a know-it-all assumption that it does, be honest with yourself and click play on that video and watch. Sure he's probably lost a step or two, but considering he was yards in front of anybody else in his prime it means the man is still electrifying to watch.

He then talked T.I. through his rigorous new training regimen, and explained how the intense activity hits different now he's in his 50s than it did when he secured his first heavyweight title at the age of 20.

"I do two hours on cardio, I do the bike and the treadmill for an hour, then I do some light weights, 300, 250 reps," he said. "Then I start my day with the boxing thing, I go in there and hit the mitts, 30 minutes, 25 minutes, start getting in better condition. I'm starting to put those combinations together… I'm in pain, I feel like three guys kicked the shit out of me."

That's a daily workout for Tyson right now. You could take the 20-somethings at Barstool HQ, give them the rest of the year to train to accomplish this in one day, and nobody is sniffing even money. But I digress.

As impressive as Mike looks, and as great as he says he feels, of course, he already has his detractors.

World Boxing News - George Foreman says ‘no more is needed’ from Mike Tyson as he urges former heavyweight champion to call off comeback.

Foreman needs to give it a rest. Despite not boxing in 10 years he himself made a famous comeback, granted he was 15 years younger when he did (38), but he was hard up for cash, the preacher thing wasn't working out for him so well, and he had yet to luck into the whole grill informercial deal. He'd go on to be the oldest to ever win the heavyweight title at 45 which is all the more reason he shouldn't be telling Tyson "he's already accomplished all there is to accomplish."

It's not really a secret Tyson's pot ranch hasn't done as well as expected. He could probably use the money. He seems to have it together mentally (which is great) and he's clearly back in incredible shape, so why not let him box for charity? He'll still be a huge draw pay-per-view wise.

Maybe even round up "Hurricane" Peter McNeely for the rematch to the fight that never was.

People forget how big an event a Mike Tyson bout was. Didn't matter if it was pre or post-incarceration. People planned around his fights like they were the Superbowl. Huge watch party blowouts, crazy hype leading up to it and week-long discussion about it after. The who's who of the entertainment and financial world's in attendance. (Don't forget Tupac died, or didn't die, after his fight against Bruce Seldon in 1996). The most recent fight I can remember coming close to the same kind of hype and world's focus was the McGregor v Mayweather fight. Boxing was in a league of its own in Tyson's heyday.

ps- Tyson wouldn't be the oldest guy to make a serious comeback. The UK's 55-year-old "Dark Destroyer" Nigel Benn was actually sanctioned by British and Irish Boxing Authority for a fight that was supposed to take place last November in Birmingham. He had to pull out because he messed his shoulder up training.

pps - If you feel like going down a really awesome rabbit hole check out the videos of the greatest trainer of all time Cus D'Amato on youtube and the videos of Tyson talking about D'Amato. My generation knows Freddy Atlas as a household name, and that he and Tyson aren't fond of each other, but many don't realize that Atlas was D'Amoto's protegé.

Everybody knows D'Amato discovered Tyson but most don't know just how much he molded the youngster, or attempted to.

and the videos of Tyson talking about D'Amato

Tyson used to get so nervous before fights he would throw up. Every fight, throughout his entire career. Didn't matter if he was fighting the real deal or some bum.