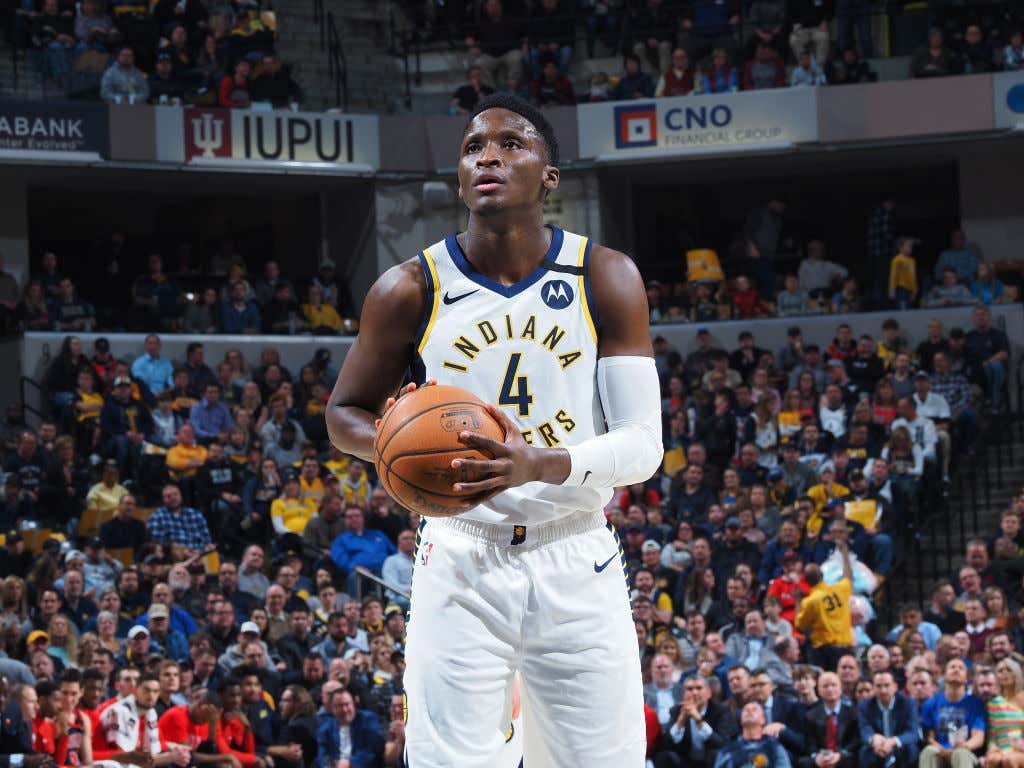 Now this is a pretty interesting situation. Before Oladipo's injury getting him at a 4/80M extension would be considered a big time steal given today's market for elite young guards. That all changed when he suffered that brutal injury and why the Pacers are probably being careful about this decision based on how he looked once he got back. In terms of his current contract situation Oladipo has one more year at $21M next season and then is a UFA. Without an extension this summer the Pacers find themselves in a spot you sort of don't want to be in. They need to decide what player they think is he going to be moving forward, the pre injury All Star or the guy who didn't quite look right these last few months. It's not really fair to him, guys take a while to get back. Shit, look at the difference in Gordon Hayward between his first season back and this year. Totally different player.

That could very well be the case with Oladipo, in which the Pacers will for sure pay him. The backcourt duo of him and Malcolm Brogdon is pretty damn good. But if they don't reach an extension this summer, do they pull the trigger and move him? What if they hold onto him heading into the year and he doesn't look like the same guy by the trade deadline, his trade value isn't going to be all that great. Now maybe that means he'd be willing to come back on a more team friendly deal given what his market might look like, but that's a risky situation for an UFA. Doesn't matter if you offer him the most money, he could decide there is a better situation out there for him and you're left with nothing.

That's why I think if they have no plans on extending him, you have to trade him this summer while his value is highest. It's no different than the AD situation. The longer you wait, the more you risk your return taking a hit. Teams aren't going to give you all that much if they can instead wait until the summer and just pay cash. Teams like BKN or NYK could use the upgrade. What about someone like MIA who is looking to add even more talent since Riley has been open about building another super team and title contender.

The whole thing definitely sucks for Pacers fans because this wouldn't even be a discussion if Oladipo didn't get hurt. Plus he's so beloved in Indiana it would suck if this was how things ended. But it's also the reality of the NBA. If you have a star player going into his last year and you don't have him in your future plans, you have to trade him early.

Gun to my head, I think he's going to be a Pacer moving forward. If the playoffs come back and he looks great, this is a non issue. But that's a big "if" and it wouldn't be the first time we've seen an All Star caliber player be on the move a year early.