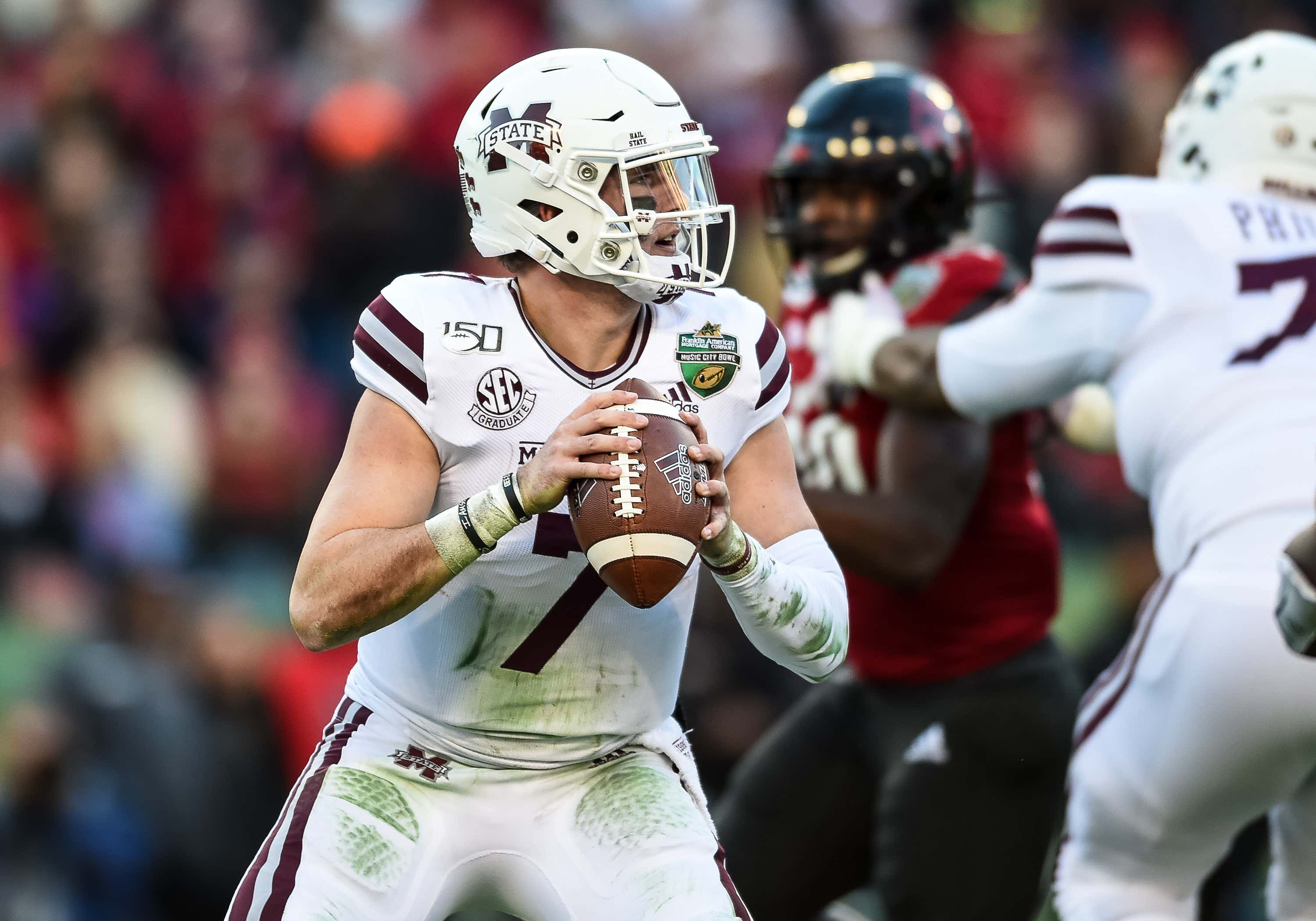 New York Post — Sean Payton saw a lot of Taysom Hill in Tommy Stevens, the former Mississippi State and Penn State quarterback. Even with Hill on his roster, the Saints’ coach made sure to sign him, outmaneuvering the rival Panthers for him.

After learning the Panthers had agreed to sign Stevens if he went undrafted, the Saints traded for a seventh-round pick, which they used to draft Stevens.

For whatever reason, Sean Payton apparently thinks he can strike gold twice and turn former Mississippi State quarterback Tommy Stevens into another once-in-a-generation, multi-use talent like Taysom Hill. Regardless of whether or not that happens, that's what he thinks, so the Saints obviously really wanted Stevens, who is coming off a season in which he logged 1,155 passing yards, 11 touchdowns and five interceptions in nine games.

However, Stevens had talked to the Carolina Panthers, who had told him he was their top priority undrafted free agent and made him a couple guarantees as to salary. Payton found out Stevens had essentially committed to the Panthers and tried to make a better offer, but Stevens said he had given Carolina his word.

So, Payton used a sixth round pick in next year's NFL Draft to trade back into the seventh round and drafted Stevens so he wouldn't even have the chance to hit the market.

“There’s a little bit of competitive juices flying between me and Sean about, ‘We want this player. And we’re not gonna let anybody take him from us. We’re gonna take him from them,'” Saints assistant general manager/college scouting director Jeff Ireland said on the team’s podcast.

“I said, ‘Honestly, I was having some fun,'” Payton said. “‘You had given your word and I respect that. But we weren’t going to lose you. You were going to become a Saint.'”

Payton then texted Carolina offensive coordinator Joe Brady — who coached Stevens at Penn State — "Not so fast." What an asshole.

I would generally love a move like this if it came from anyone other than that snake Sean Payton. Poor Tommy Stevens had a chance to go play for a coach in Matt Rhule who, by all accounts, seems like a great guy and then instead gets caught in an NFC South pissing contest and winds up with the guy who makes choking gestures at opposing players.

I hope this works out terribly for the Saints but that Stevens is able to move on and have a fine career elsewhere. Nobody deserves the hell that is playing for Sean Payton.