This is one of the most underrated Kobe videos on the internet. I believe he was at a camp, for some reason Jermaine Dupri was there, and his buddy decided to challenge Kobe by saying he could score five points on him in a 1 on 1 game. Spoiler alert: he could not. Instead he hacked the shit out of Kobe for five straight minutes as Kobe put on a clinic. I'm talking headlock-in-the-paint type fouls. 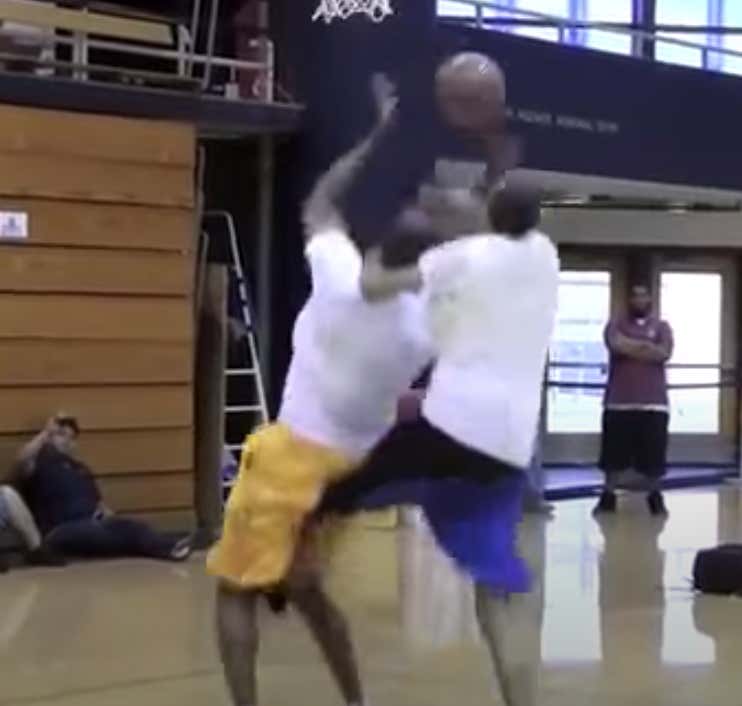 Keep in mind Kobe was the best player in the world at the time so to wrap him up like that took balls. The best part is Kobe didn't back down. He loved it. And that's why we loved him.  Miss you, Kobe. Have a great Friday.