NBC Sports aired the Flyers winning the Cup in '74 last night. As you may recall, the Flyers went on to win the Cup again in 1975 and then haven't won another since. So feel free to get all of those 1975 jokes out of your system now.

Now at this point in world history, I'd be happy with just anybody winning the Stanley Cup at all even if the game had to be played in an empty arena. It would suck but beggars can't be choosers. And if empty arenas are the only way to get hockey back as soon as possible, then empty arenas it is.

However, I think it's only fair that if we have to watch a team take Lord Stanley's Cup out for a few laps in an empty barn that we get to bring back crowd celebrations from the 70s once we're finally allowed to stand next to each other again. 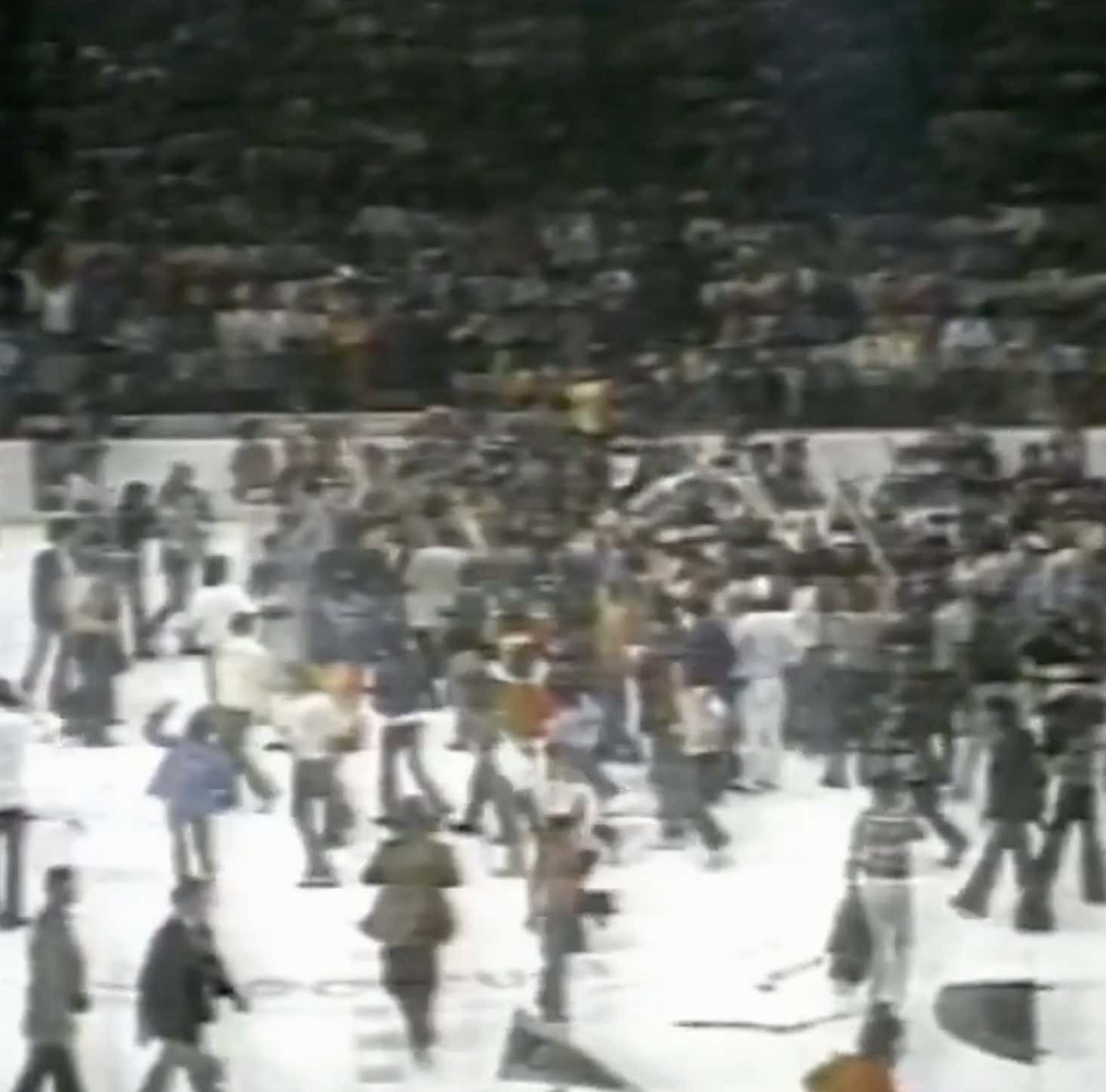 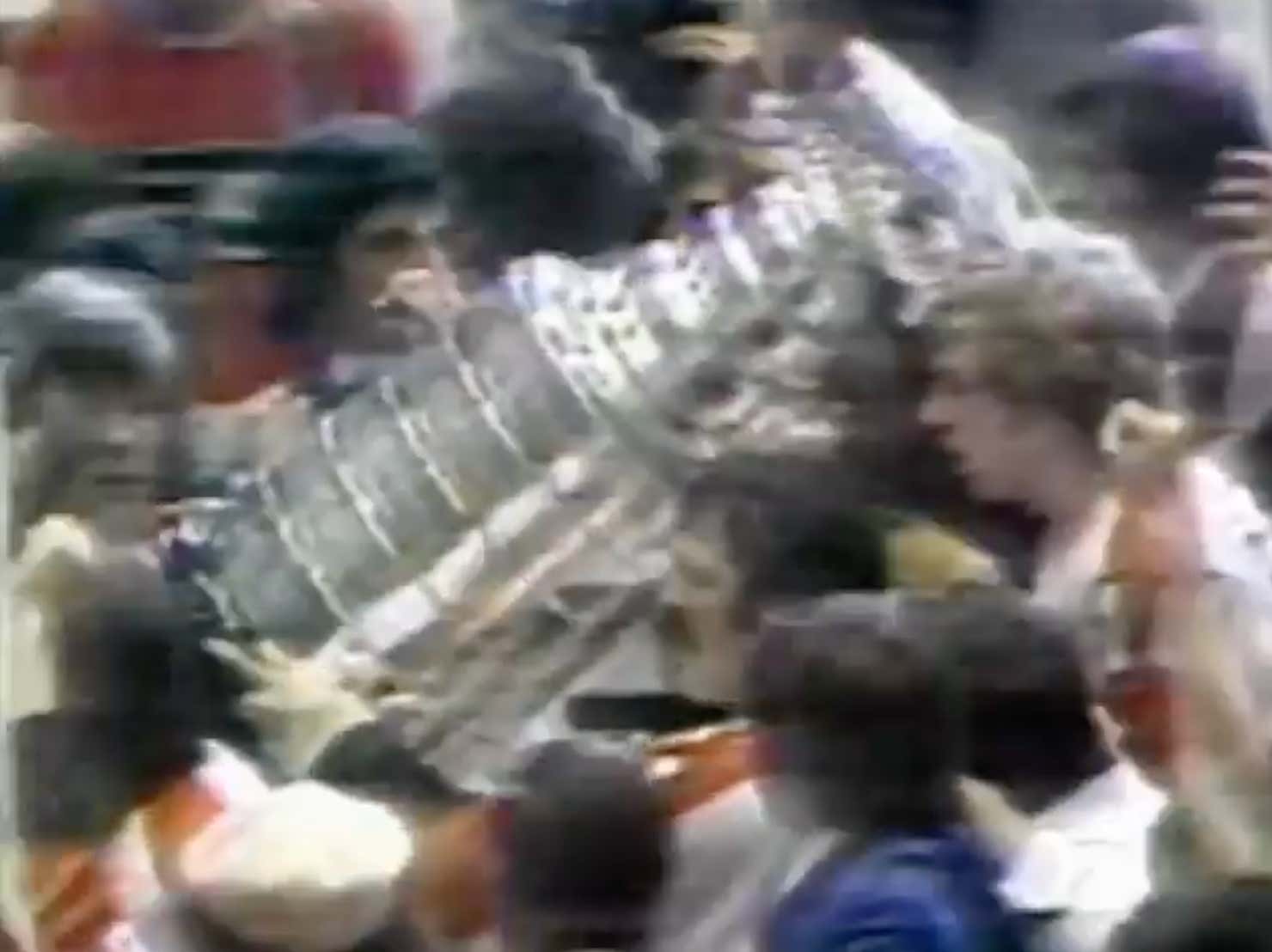 It's the greatest trophy in sports and it's the hardest one to win, so it deserves the biggest celebration. Now I'm willing to admit that there's a bit of a security concern here when it comes to allowing thousands of fans hop over the glass and party on the ice once the series is over. But I think as long as we limit to letting fans on the ice when a team wins the Cup at home, we really shouldn't have much of an issue. Because just like hockey players, hockey fans are the classiest fans in all of sports. They're not going to do anything to harm the opposing team. Instead, they'll be pure class and carry on the greatest tradition in all of sports--the hockey handshake.

Just imagine. It's June 2021. Game 7 of the Stanley Cup Final at the Wells Fargo Center. The game goes to overtime after Carter Hart makes a miraculous save with under a minute to go in regulation to hold on to the tie. Kevin Hayes hops over the boards in overtime just as Ivan Provorov snaps off a tape-to-tape breakout pass that hits him in stride as he's coming across the blueline. He winds up for a clap bomb for the ages from the top of the circles and goes bar down so hard you could hear the ping of the crossbar all the way to the Jersey Shore. You jump onto the ice with a bottle of Pink Whitney in hand. You go through the handshake line and there is Connor McDavid who whispers into your ear, "I wish I could be just half as nasty as Hayes one day. That man is one sick bastard and clearly the best player in the world. It's not even close".