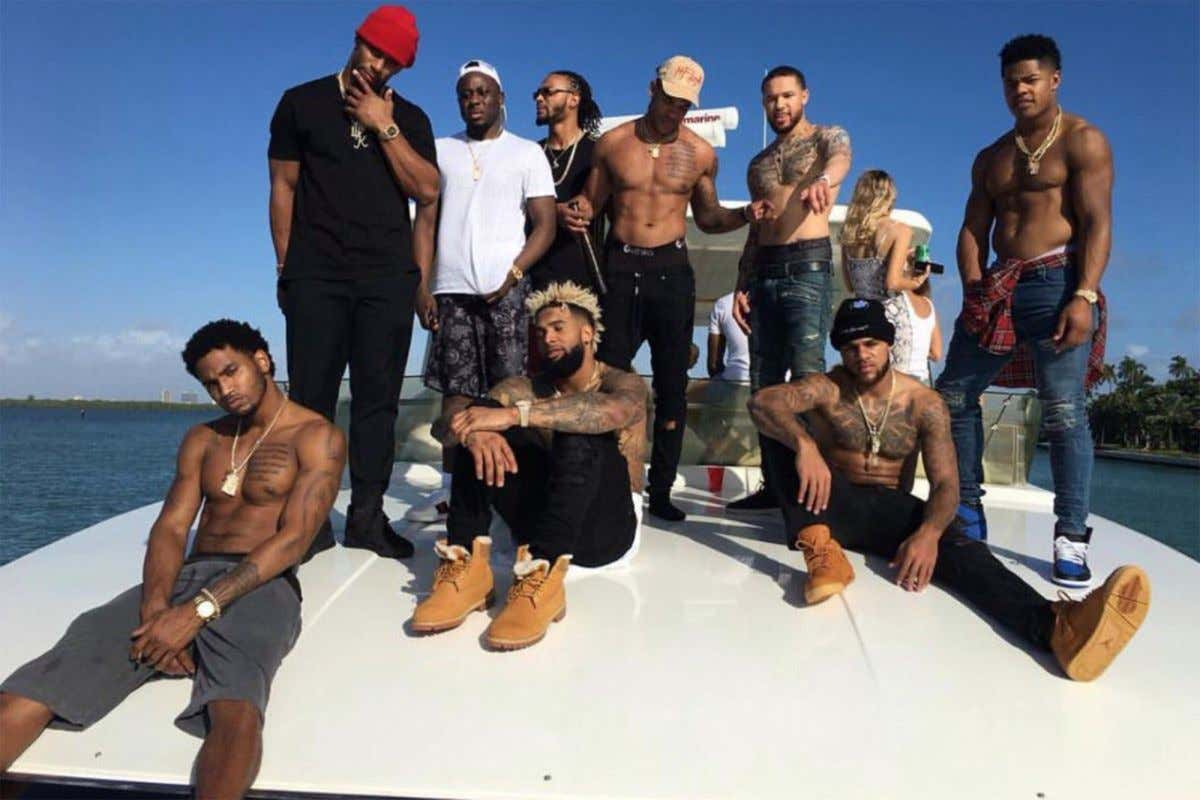 SNY- Former Giant Victor Cruz, who was among a group of Big Blue wide receivers on the now-infamous boat trip in Miami, opened up about the trip that he says will continue to haunt him. "We came back the next day, we didn't break any rules. This photo will haunt me for the rest of my life," Cruz said on E! News.

Samesies, Victor! Fucking samesies! That picture haunted me the instant it came out which led to every talking head sports show crushing it because that's what they are paid to do about to fun things on the internet and everyone on the open mic app known as Twitter roasting the Giants receivers for looking like an album cover of the worst New York R&B group with Timbs, no shirts, and PaRappa The Rapper as their manager.

That picture haunted me after the Giants lost that playoff game to the Packers. That picture has haunted me every time a story involving a boat and an NFL player comes out and all the Twitter hyenas choose to make fun of that picture instead of the obvious Vikings Sex Boat scandal. That picture haunted me every season afterwards when the Giants are officially eliminated from the playoffs, which leads to people bringing up they haven't made it to the postseason since the picture like some stupid Curse of the Bambino bullshit. And most importantly, that picture will haunt me even after the Giants make the playoffs, win a playoff game, or even win a Super Bowl because that was Playoff Eli Manning's last postseason run. Even though Eli had an up and down regular season, he showed up for that playoff game in Lambeau like he always did but his receivers who were filmed shirtless in both Miami and Green Bay let him down.

Welp, now I'm fucking furious again because all those receivers dropping balls robbed us of at least a chance of Elisha Nelson Manning dropping his giant balls on the rest of the playoff field one last time, which would have ended with a third matchup against the Patriots in the Super Bowl, as the Football Gods seemed to have written in the stars. God dammit, now I'm crying.

Thanks for not only bringing up that picture during a time when millions of sports fans have nothing better to talk or think about but for also giving this quote:

"I didn't feel like I was sneaking. It was moreso the feeling of 'Man, when am I gonna get to do this again? When am I gonna get to be an athlete, win a football game, be on a private jet, go to Miami the same night?' It was like one of those things where I was just like, 'I think I'm just gonna feed our ego tonight.' And we're just gonna have fun, we're not breaking any rules. We have a day off the next day, we got back in time.

I guess I have a hard time criticizing this one since technically that Packers game was Victor's last game as an NFL player and I said the day it happened that the Giants receivers could fly to the moon the night before the game and all that would matter on Monday is if they balled out and won or not. But come on Vic, couldn't you have just PRETENDED you were living that crazy pro athlete life on an episode of Ballers? I feel like I've seen more videos of Victor Cruz in Miami than every other city combined since he retired.

I can give Cruz a pass for that last quote because we can all agree that living that celeb life would be cool, no matter how dumb the decision is. But this one was flat out crazy.

"But the fact that there was a photo and it leaked out to Twitter, someone posted it and it started to circulate and make its rounds, that's what amplified it. But Dennis Rodman went to Vegas in the middle of (the Bulls) chasing their sixth championship. Like, what? I can't even fathom."

I don't know who leaked that photo on Twitter, but I do know where I saw it for the first time. ON VICTOR CRUZ'S INSTAGRAM PAGE before he deleted it. And no offense to Cruz, who does have a Super Bowl ring of his own. But Dennis Rodman taking off a few days to party in Vegas and blow out Carmen Electra's back for a couple of nights during the regular season on his way to a threepeat and fifth title of his career is not equal to an entire position group that has barely won anything going to Miami less than a week before going on the road for a playoff game where they are underdogs during the Crying Jordan Meme era.

What is dead will never die. 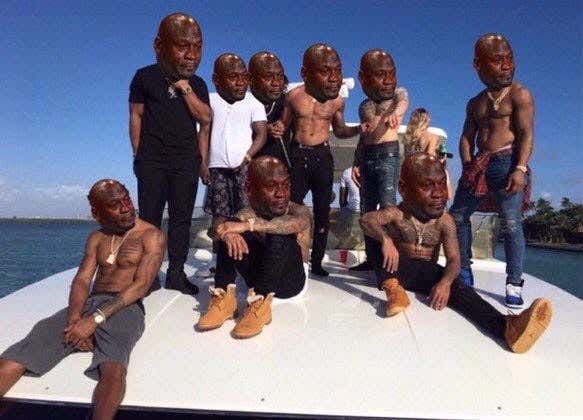