HAWTHORNE, Calif. -- Harrison Ford was piloting a plane that wrongly crossed a runway where another plane was landing, and federal authorities are investigating, officials and a representative for the actor said Wednesday.

Ford was at the controls of a small plane Friday at Hawthorne Airport in the Los Angeles area when, according to a statement released by Ford's publicist, he crossed the runway after mishearing an instruction from air traffic control.

"He immediately acknowledged the mistake and apologized to ATC for the error," according to the statement from publicist Ina Treciokas. "No one was injured and there was never any danger of a collision."

It was the latest of several similar incidents over the years for the 77-year-old actor, who collects and frequently flies planes and helicopters. (via ABC7NY)

The acting legend had gone a few years without an incident, but, alas, he hopped in a plane recently and said fuck it... 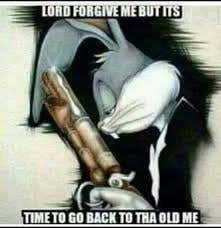 The report states that Ford wasn't that close to an accident, but, nevertheless, it was a mistake on his part. His past experiences? Slightly more intense…

I've seen a lot of people commenting that he should stop flying or get his license taken away, but call me a softy, I think everyone is being harsh. Sure, he may get his license taken away, I don't know how those rules and regulations work. What I do know is that anytime Harrison Ford talks about flying, he seems happy. Which is a stark contrast to when he discusses any of the massive tentpole movie characters he plays, from Indiana Jones to Han Solo.

I don't care if he's almost 80-years-old if he likes flying and is allowed to have a license, let him fly!

Not every pilot can be as perfect as Han Solo.