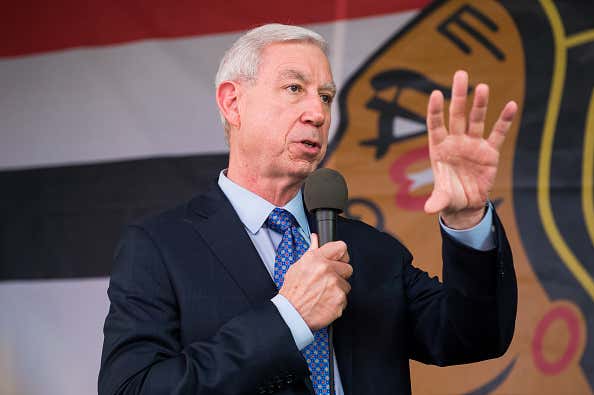 On Redline Radio this week, we went into the John McDonough firing in great detail, BUT...I forgot one thing. When the Blackhawks fired Joel Quenneville I went after the organization HARD. John McDonough included. Someone in the organization reached out to me and asked me to chill a bit on the McDonough stuff and I didn't...I doubled down. In hindsight, I may have handled that poorly. I don't know. I was mad. I wanted to clarify that because it was an important detail. In summer of 2018 I met John McDonough and Jay Blunk at prospects camp and we had a nice conversation and I was very hopeful of a more formal relationship with the Hawks. In November they fired Joel, and I basically burned everything down and I decided I would tell the truth as much as I could. I published the Legend Of John McDonough blogs and got myself blacklisted

I am hoping for a new dawn with the Blackhawks. A clean slate. I love the team. I want them to do well. I am not in the business of trashing the organization or making people's lives more difficult. Hopefully a lot things that were banned can make a comeback like...the Black alternate jerseys 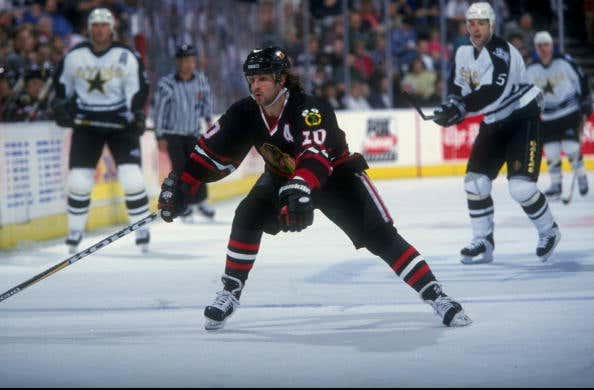 It could be my nostalgia talking, but these were a GREAT look for the Hawks. The jersey we were raised on. Home whites were never seen on TV when we were kids so we got to see the black alternate jerseys a lot. The story goes that John McDonough didn't like them and threw them in the trash forever. Well, it's time to dig them back out. Have Amonte, Chelios, Daze, Steve Sullivan, Thibault, and Zhamnov all take one more shift, but in the black unis. Need them back in my life.

You can listen to the full podcast here. We had Michael Jordan's son and Bears top draft pick, Cole Kmet on. Honestly thought those were two of our better interviews ever. Interviews start at about the 30 minute mark.