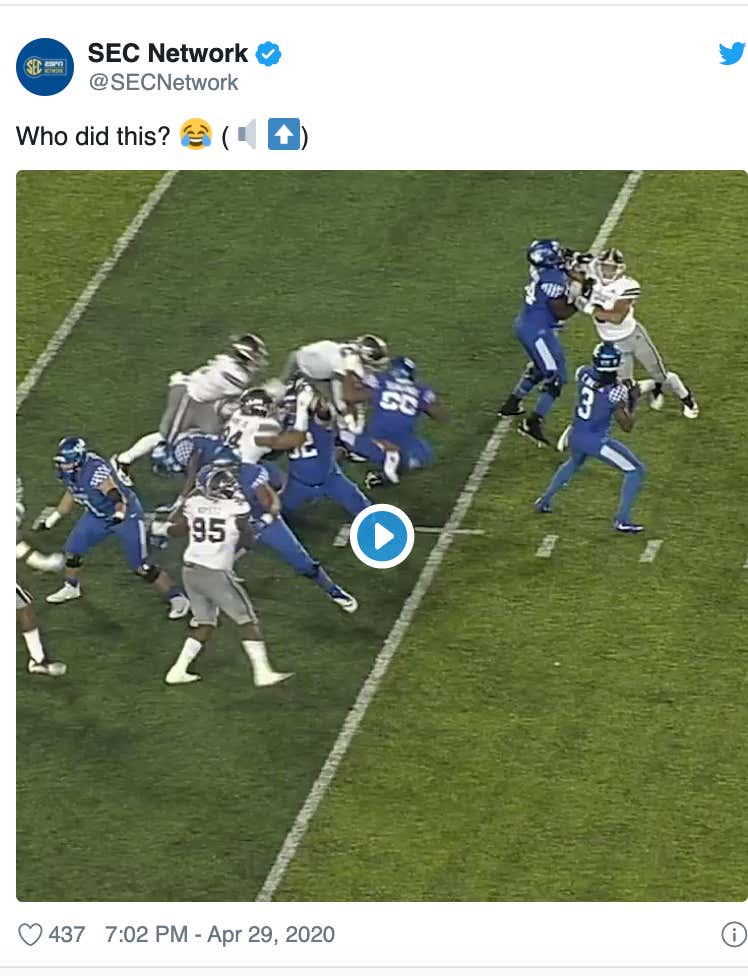 Besides the fact this feels like a Bleacher Report tweet with the emoji and who did this, just what the fuck is this tweet? Some reference - Terry Wilson is coming off an absolutely brutal season-ending injury. He tore his entire damn knee apart. And before you do the Kentucky plays football bullshit, Terry Wilson was the starting QB on a 10-win team that beat Penn State in the Citrus Bowl. Pretty good guy to have under center!

Need to know where this social media person went to. Did they go to South Carolina? Feels like that's the leader in the clubhouse. Was it Missouri and they are pissed that they can't beat Kentucky? Was it Tennes....nah, not even gonna finish that, they aren't relevant. Just know I'm going to get to the bottom of this.

I get that we're in quarantine and you gotta find new content, but this tweet? Ehhhh I don't know about that one, Jim. Not shockingly they deleted it just an hour after posting. I had the under though. Also know that I now hate and I mean I HATE this person running the SEC Network social media. That's unless Terry Wilson uses this for inspiration and another 10 win season happens. Then I still hate you but I'll thank you.