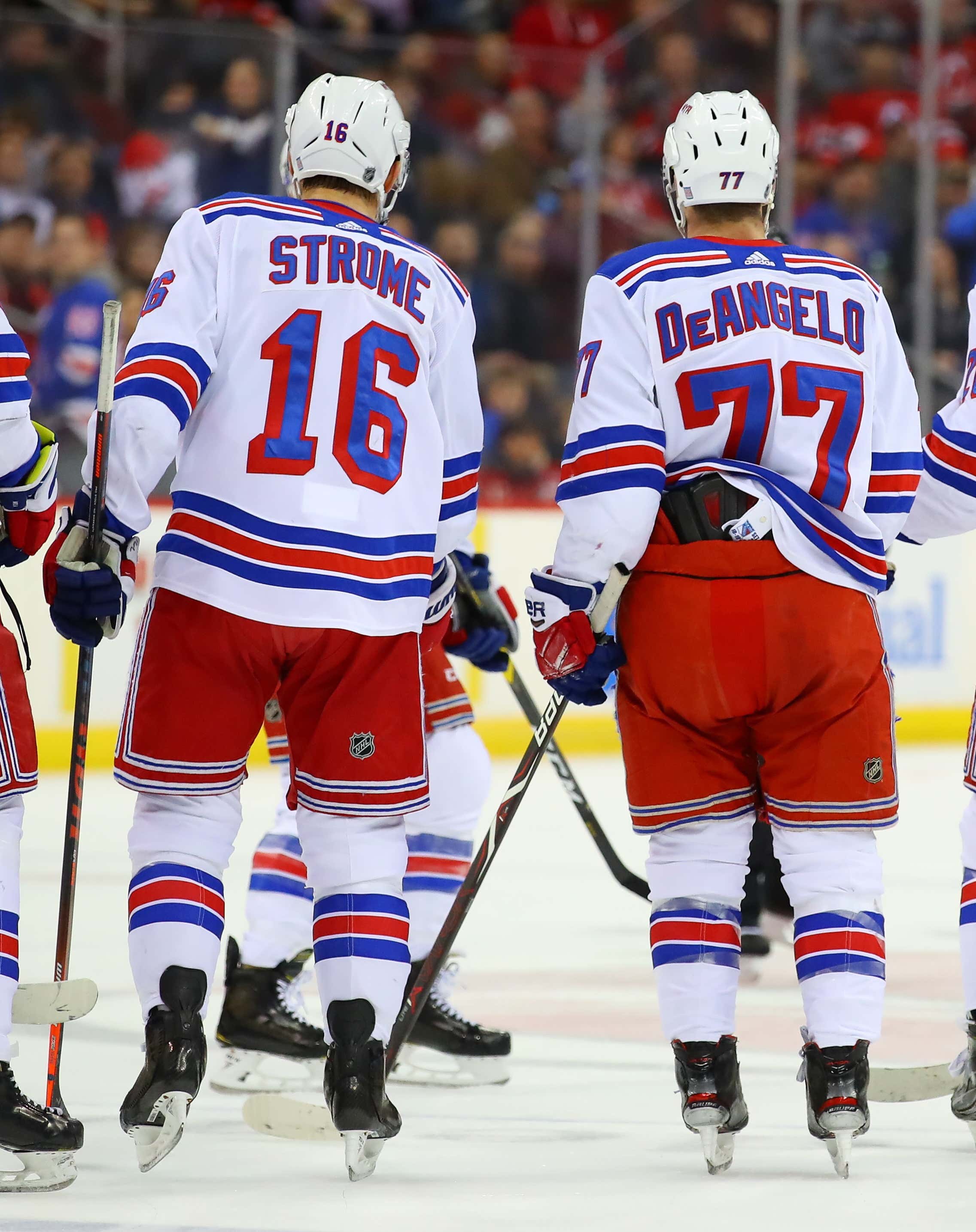 James Mirtle put together an interesting read yesterday, ranking teams based on their prospective salary cap situations for the 2020-21 NHL season...whenever that happens. His structure was fairly simple. Keep the cap flat at $81.5M since Covid has all but erased any expected cap increase & project upcoming RFA contracts. Whatever is left after taking away players under contract + RFA projections (+ LTIR for a handful of teams) = the amount teams will have to spend on UFAs. If you're interested on how other NHL teams shape up & you're a member of The Athletic it puts a lot into perspective. I'm obviously going to focus on the Rangers here, who Mirtle ranks 22nd of 31 teams. Here's what he had to say:

The huge question weighing over everything with the Rangers is what happens with Henrik Lundqvist?

There’s legitimate talk he could be bought out to make way for young netminders Igor Shesterkin and Alexandar Georgiev, which would free up an additional $3 million over what I’ve listed. Brendan Smith is another plausible buyout candidate given he’s making $4.35 million and barely played last season; that would add another $1.57 million to the projected space figure above.

Suddenly, the Rangers could have an exciting young team – and $9 million to further bolster the lineup. They also own one of the most promising prospect pools in the game.

New York became one of the highest-scoring teams almost overnight last season (from 24th in goals per game to fifth) thanks to the additions of Artemi Panarin and Adam Fox and the progression of Mika Zibanejad. They could be even more dangerous if youngsters like Kaapo Kakko and Filip Chytil take another step forward on their entry-level deals in 2020-21.

GM Jeff Gorton has done a nice job turning things around quickly for this franchise. They could be a model for other rebuilding franchises to follow if they continue to pull this off. Just imagine if they didn’t have $13 million in dead space (assuming the buyouts mentioned above go through)?

To start, I've said for a while I'm highly confident Hank & Rangers brass will agree to a buyout that'll break down to a $3M savings for 20-21 and a $1.5M hit the following year. Yes, $13M in dead money next season is a shit ton (16% of the cap) but if there's ever a time it's "OK" it's when you've got a potential of TEN rostered players on their ELC's. I don't think Smith or Staal are buyout realities - they'll both be fully off the books after one more season and whether you wanna believe it or not, both still serve a purpose in the lineup. Smith is a flex guy DQ can plug in at forward or defense in a pinch. Staal is a veteran presence and, quite frankly, the only sure thing they've got on the left side right now after Lindgren. One more year with #18 covers one more crucial year of development for Miller, Jones, Robertson, etc. before someone steps up for that vacancy.

Assuming I'm right, that leaves between $14-$15M left to handle an RFA list made up of Strome, Deangelo, Lemieux & Georgiev. I dunno what planet all four are inked for $10.5M total so I'll try to be a little more realistic. I'd say $13M is the absolute floor but, if signed, they're most likely gonna eat up pretty much every penny available - and that's perfectly fine (although it leaves Fast on the outside looking in). The Blueshirts don't need to be diving into free agency now anyway. They've got plenty of talent that simply needs to grow. Kids like Kakko, Kravtsov, Chytil & Gauthier will (hopefully) have ample opportunity next season to do so before JD, Gorton & Co. assess any long-term free agent needs.

With forward depth seemingly their one glaring question mark for the immediate future, money isn't the issue. It'll come down to whether or not the Rangers start getting legitimate production from their aforementioned crop of first-round talent. Kakko & Kravtsov are young but highly skilled. Chytil & Gauthier are late-rounders with three years each of North American pro hockey under their belts. If even half blossom into top-sixers soon, this squad is primed to climb back into contention - regardless of their immediate cap situation - real quick.