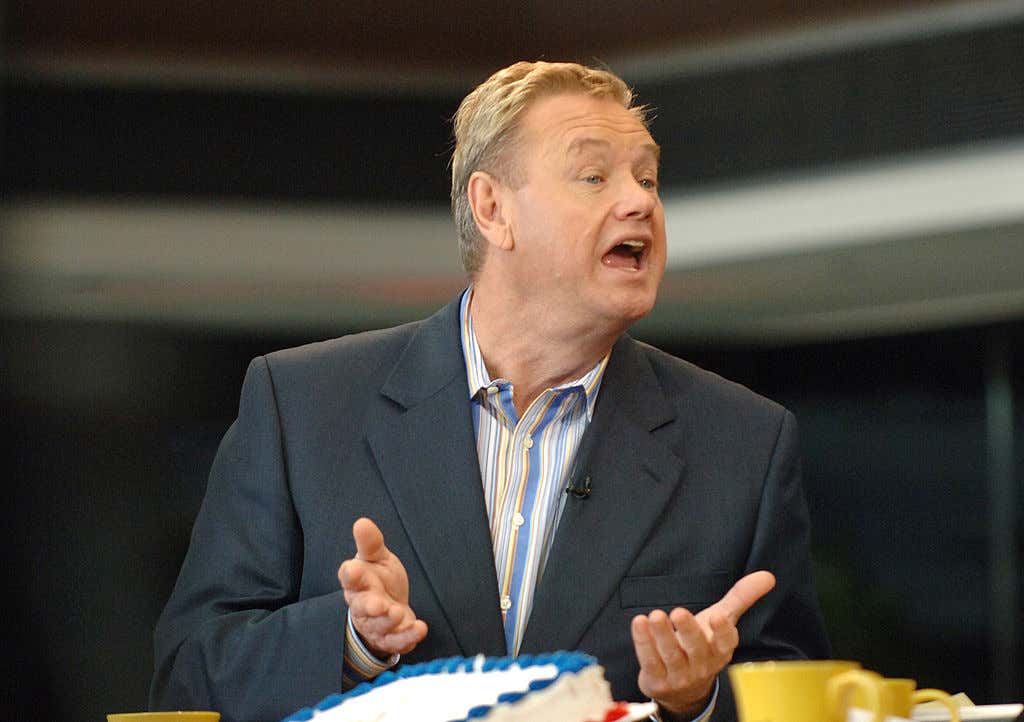 Welcome to Pardon My Take, Woody Paige. The longtime Around The Horn panelist joined Mr. Cat and Mr. Commenter to discuss his journalism career, Hall-of-Fame voting, his chalkboard, and his GOAT status on one of ESPN's top shows. He also gave us a behind the scenes look at what goes into the show, as he breaks it down for those who aren't familiar with the concept as well:

Mr. Cat: You are the winningest and losingest Around The Horn panelist of all-time. You're also the longest tenured. You're basically Brett Favre of Around The Horn, you throw the most touchdowns, the most interceptions. Is there a certain level of like, you actually do want to win these arguments? And is there a rival that you're like, "Man, I wish I could go back against this person, because they really put it on."

Woody Paige: You guys are competitive. Now, I don't see Hank, wherever Hank is. That's who I really want to talk to, is Hank. When you guys talk and do your podcast, you're competitive. You want to win the argument, right? If you haven't argued about the Washington football club, or the Patriots, or Chicago, you want to win the argument. I don't think there's anyone on the show, and I've been doing it for 18 years now, everybody wants to win. And people say, well, it must be fixed. it's not fake. You don't really know. You got 30 seconds to talk about whatever you want to. Well, I don't even think about what I'm going to talk about. I just blurt it out. Everybody wants to win the show because you're competitive. We don't know who's going to win, Tony [Reali] doesn't know who's going to win until the last second. But I laughed when you said that because people say, gosh, you've lost more than anybody. I think there's a famous plaque about Babe Ruth striking out.

Mr. Cat: So, are you going to keep going so your win number becomes untouchable and you have the true record in sports that can never be, you know, someone's got to be on this show for 18 more years and you're still going? You are Brett Favre. You're like, "I'm going to keep throwing TD passes hoping nobody can catch me."

Woody Paige: Well, I always speak the truth. I expected I would go away like 7-8 years ago and never thought about the wins. I have a trophy that the governor of Colorado gave me that fell apart when he gave it to me: "600 wins on Around the Horn." But I think it's untouchable because the closest person is Tim Cowlishaw and he's like 150 away, or something like that.

I wonder what would happen if Pardon My Take tested out the Around The Horn format for just one show. The competitive sides of Mr. Cat, Mr. Commenter, and Hank would come out swinging. The pandering would be at an all-time high. Imagine instead of a "Who won today's Mt. Rushmore?" poll, it's just a "Who won today's Pardon My Take?" poll. If I had to guess, there will be blood.