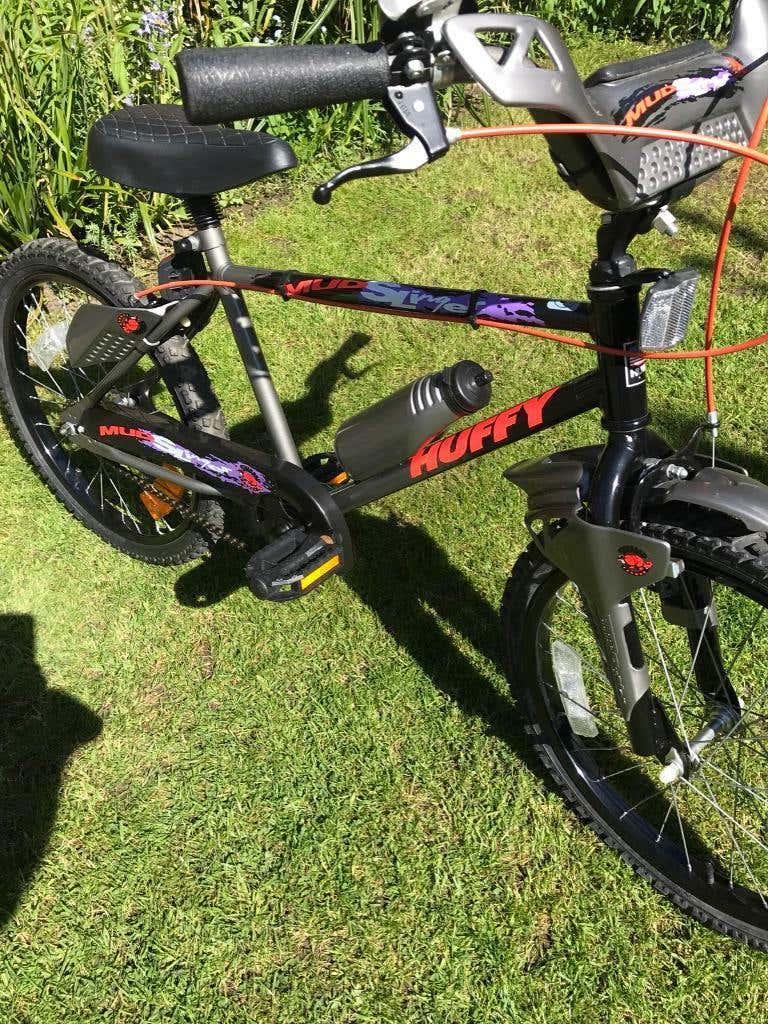 I'm normally the type of fella who goes asleep pretty early. Typically, it'd be a toss-up who is zonked out first between the VinDogg and me. Last night was a different story, though. Last night I was tossing and turning beneath my wonderfully luxurious high-thread-count sheets. The cause of my restlessness? A decision like no other.

When I was younger, I remember getting the bike you see pictured above. It was a huffy mudslinger and to this day, it is my most valued and prized possession that I've ever had, no disrespect to my stolen F250. I remember scurrying down the stairs in base housing on NAS Pax River on a cold Christmas morning to see my beloved Mudslinger sitting slanted on its kickstand beneath the artificial tree. They had done it. Those sons of bitches had done it. My parents had gotten me my number one requested gift. The fact that my parents secured the season's most sought-after gift was a Christmas miracle that rivaled only Jesus himself being born in a manger in the terms of international surprise status.

Over the years, I rode that fucking bike everywhere. In the woods. In the neighborhood. Down by the Chesapeake Bay catching jellyfish with my bare hands. All of those prepositional clauses are sentence fragments yet they convey an entire idea. Independently fragmented. Incredible use of the English language by me. I would ride that bike down the stairs at a local park while playing cards slapped against the spokes. The noise was annoying to some but, in my imagination, it was the roaring motor of a crotch rocket and it gassed me the fuck up. Endless energy.

Having my first big boy bike being memorable is something that I've always loved about my childhood. There's something that just exudes nostalgia when it comes to a messy-haired kid with a bike as their steed. A bike keeps you relatively close but still allows you to explore the vastness of your closeness.

I want that same memory for my kid. McCartney is a different kid. McCartney is a complete individual not bound to a television screen like most of their peers. McCartney learned how to ride a bike a few weeks ago and has been cruising all over creation since. But, the bike on which the adventures should be made is a hand-me-down from a friend. Poor people shit. Ham bike. It has rainbows and frills, not McCartney's style in the slightest which is why I was tossing and turning in the aforementioned high-thread-count sheets. The luxury simply wasn't enough to overcome my parental-induced mental anguish.

I was cruising eBay, Amazon, Walmart, Dicks, Academy, Google Buy, and even the possible communism-connected Alibaba. Not sure why google recommends Alibaba now. Buying anything from there feels like you are giving your baby away if your baby was your data and encrypted information. That might be conjecture. I'm not sure. I'm not some cyber nerd like ZBT's social media guy Kyle. Ole wont even connect to public wifi head ass.

I tried to find the same bike that I enjoyed as a child. How fucking sick would that be? McCartney rolling out in the same digs as good ole dad. Man. My heart would overflow as they pedal until exhaustion. I went back and forth during my quest for the perfect bike. Vintage bikes. Banana seats. BMX. Huffy. I just couldn't find the perfect fit until this morning.

Ultimately, I decided on one of the newfangled fat-tire bikes. What a delight this will be! In the words of longtime stoolies Birdman and Mannie Fresh. 20 inches. Nothing better. Time to get our roll on. 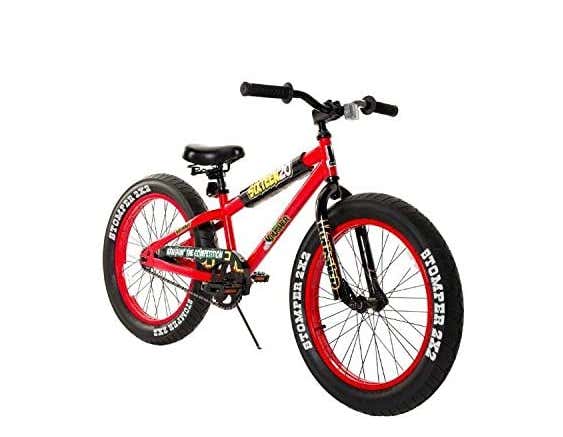 I can see McCartney cruising down the hills in our neighborhood with some sidewalk chalk, geodes, and a ping pong ball firmly tucked in the pocket of their blue jeans making memories that will become the fodder in a blog when they take over the family business at the blogging factory. The mudslinger and the Stomper. Two peas in a pod that is childhood memories made and those memories still in the making. That's what summer is gonna look like here and honestly, it's what summer should always look like.