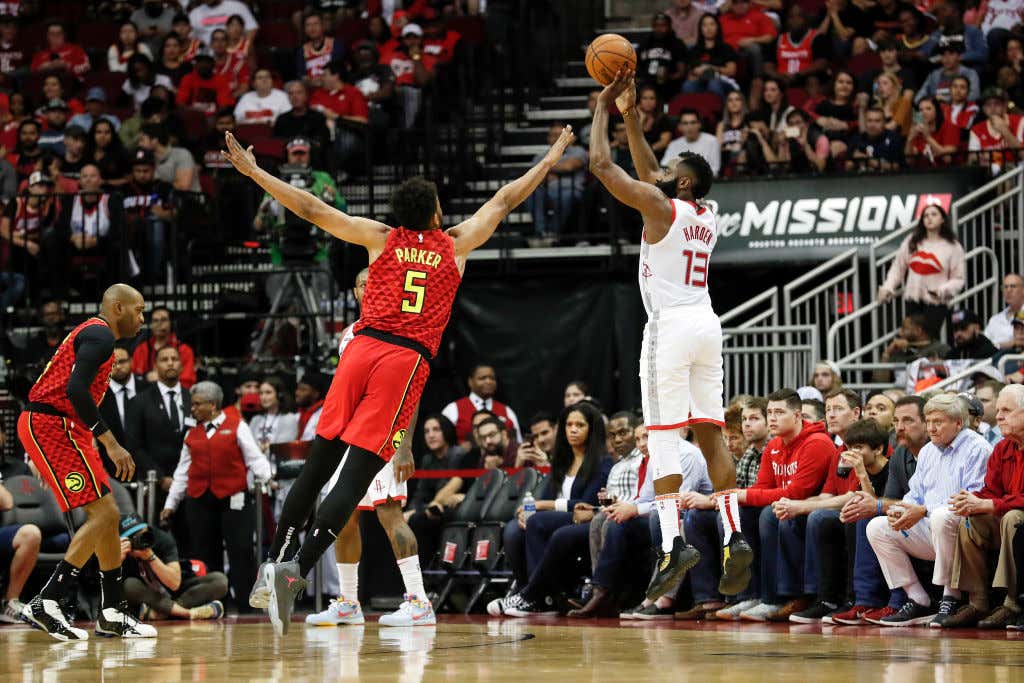 Not sure how this crossed my brain, but I was sitting here looking for things to blog and this question popped into my head.

This doesn't mean who had the best season, but rather the best game. For example, there have been a total of 20 50+ point outings this season. There have been 90 triple doubles with a total of 20 of them being at least 30/10/10. That's part of the beauty of the league and why I miss watching it so much. Every night we were blessed with some sort of outrageous performance.

Now I understand that part of this exercise is a bit subjective. But fortunately there are some scientific formulas that rate and calculate all this shit so that's what I used to help sort through it all. For me, it comes down to two performances

First, let's head to the tape

Can you really argue with dropping 60 points in 3 quarters? I'm not sure I even understand how that was possible. He backed that performance up in their next game with a 50 point game while taking a combined 44 FTs in the two games. Maybe you think that hurts Harden's case, but the dude shot 66% from the floor and went 8-14 from deep. Don't be silly.

Dame may have played more minutes in his 61 point outburst, but he also made more threes (11 vs 8) and took fewer FTs. The efficiency wasn't there, but the production sure as shit was.

So which was better?

Again, not a math guy so that shit may as well be hieroglyphics to me but it's the best we have. Here's how each of those performances scored

Basketball Reference actually says Dame's performance on 1/26 where he dropped 50/6/13 on 60/66% splits was his best game of the season which I found interesting. They also had AD's monster night on 12/8 where he had 50/7/6/4 as a higher scored game.

Putting my ASU bias aside, looking at the tape and the math I think the answer here has to be Harden. Dame may have filled more of the stat sheet, but Harden doing what he did in just three quarters while also having that type of efficiency is the best individual performance we saw this year. I get it, you may hate how he plays and blah blah blah but there's no denying the guy is an offensive monster and when he's locked in and feeling it there's basically no stopping him.

Disagree? That's fine. What would it be for you?