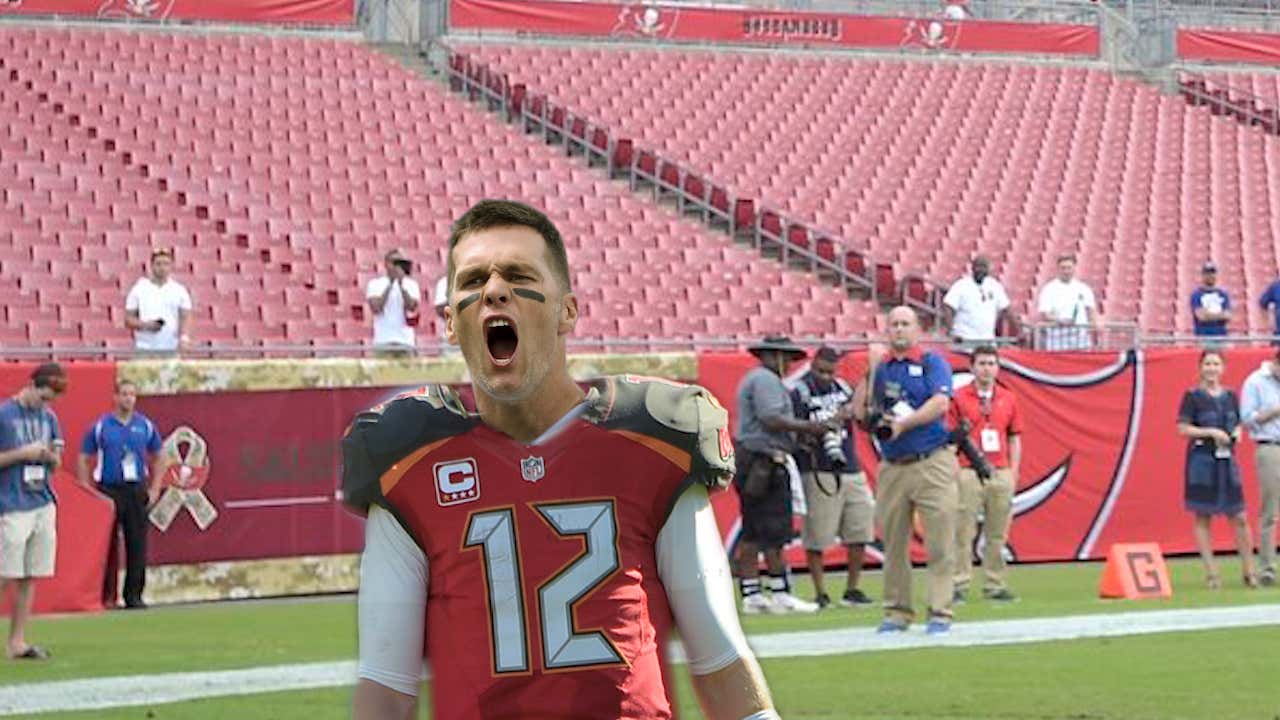 It's just as I expected. The NFL has two forms of justice. One for New England Tom Brady and an entirely different standard for Tompa Bay Brady.

As a reminder, let us revisit what an NFL insider told Pro Football Talk after the incident in question.

As one source explained it to PFT, players cannot meet with coaches at any time prior to the start of the offseason program. Meetings outside the building are even more problematic, because in many cases those meetings can happen without detection.

“Totally illegal,” the source said. “They should be fined. Plus, I bet those duffel bags had footballs in them.”

In other words, the source suspects that Brady fully intended not only to meet with Leftwich but also to participate in some sort of workout in which Leftwich would have been directly involved.

But now we're expected to believe that he wasn't violating any rules. That he was just popping by to pick up his playbook. Because this isn't 2020. Playbooks aren't like digital or anything. They're still printed out and stuck into three-ring binders by George Halas' secretary or somebody. And there's simply no other means to get your plays and formations and calls into your quarterback's hands without him swinging by his coordinator's house, even in a pandemic. I mean, what other choice does Byron Leftwich have? What's he, supposed to just invent a package delivery company? Say, some united parcel service that federally expresses items to other addresses? That's crazy talk. Brady had no recourse but to stop by his coordinator's house in violation of league rules and Florida's health laws.  And coincidentally just happened to be taking his two duffel bags filled with footballs out for a stroll. Could happen to anybody.

So I for one am glad the NFL did the right thing and cleared up this whole crazy, goofball misunderstanding. I guess I just could've used this same brand of benefit-of-the-doubt, fatherly, empathetic justice back when Brady was signing merchandise for locker room attendants and upgrading his phone when he was in Foxboro. For that, he was the Prince of Darkness. For this, he's the wacky neighbor on a Tim Allen sitcom and bygones are bygones. It must be nice to be a Bucs fan and not have to deal with all the bullshit. Aside from all the losing, I mean.

P.S. Don't take anything I just said to mean I hate Brady now. I'm glad cooler heads prevailed on this, I truly am. I'm just going through a tough time with all this:

… just like I knew I would. I'll get through this difficult time. But until I do, just don't hold me accountable for any of the things I say. Thanks in advance.