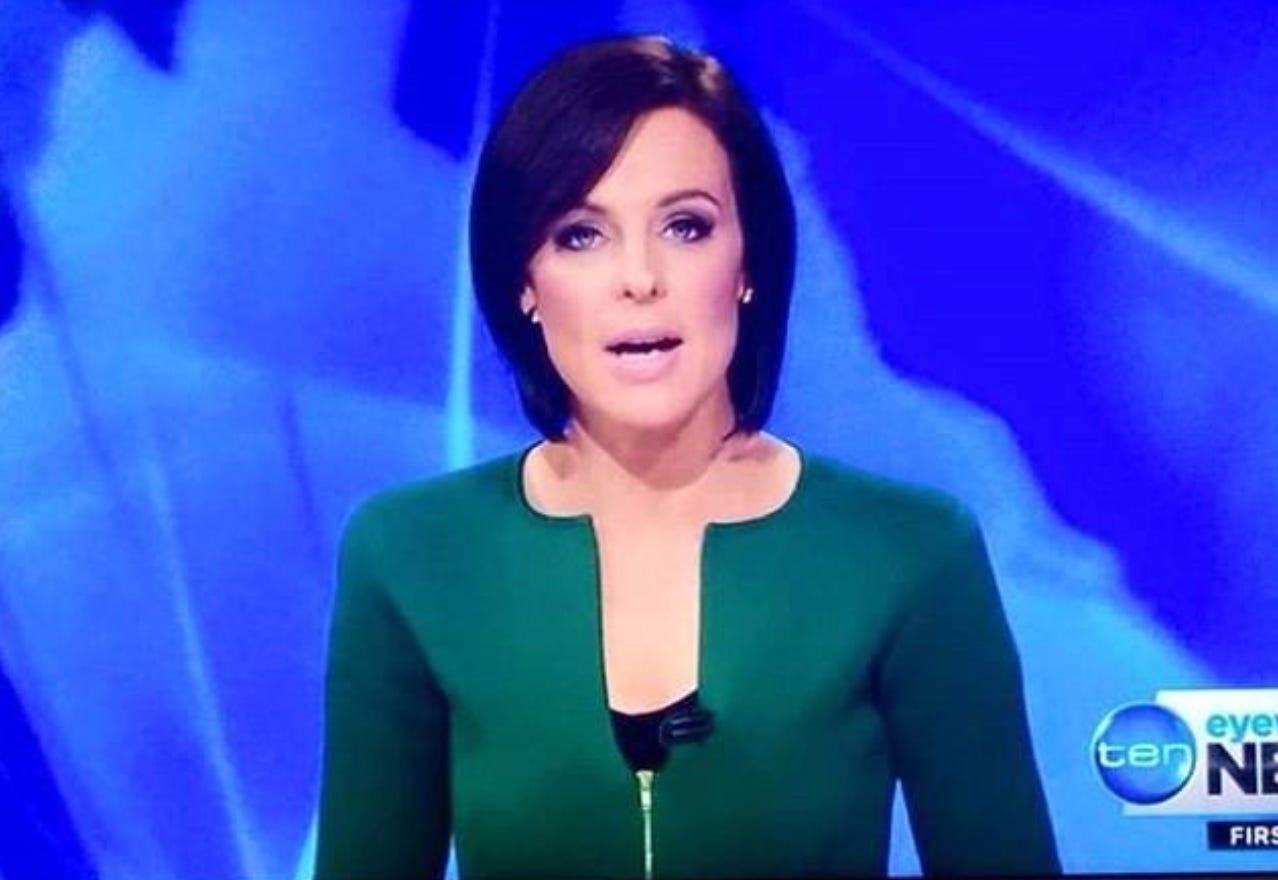 Metro- As wardrobe malfunctions go, this one from Australian news anchor Natarsha Belling is unlikely to be forgotten in a hurry. The Network Ten reporter took to the airwaves to present the channel’s current affair show Eyewitness News over the weekend, wearing this fetching green jacket over her black top. Except the garment didn’t take long to bring out the childish sense of humour in many of those watching as they noticed its – how shall we put this politely? – somewhat phallic neckline. It all started with Facebook user Ruben Haywood, and from there the comments just kept on coming…Unsurprisingly social media was quick to respond after Facebook user Ruben Haywood posted a snap of the newsreader online – with some pointing out it was hard to ‘unsee’ Natarsha’s top once you’d had a look.

Noooooooooooooo.  Poor lady. She just wanted to look nice.  The green jacket does look good.  She’s a good looking lady in general.  It’s just kind of hard to notice how good looking she is when there’s the outline of a giant dick on her chest.  That zipper isn’t doing her any favors either.  Makes it look like a giant ejaculating dick on her chest . Not exactly the look you wanna put out to the world when you’re on TV doing news reports.  It’s like when Rob Riggle’s character in Step Brothers keeps telling Will Ferrell to change his face.  That’s how I bet people felt watching the news that night while she had on the penis jacket. They didn’t even hear what she was saying that night cause that giant penis outline on her chest is incredibly distracting.  It is one of those things where you might not see it at first but once you do, it’s all you see.  First glance, nice looking lady in a nice green jacket.  Second glance, penis penis penis penis penis penis.