Isiah Thomas believes if the Pistons could do it all over again, they would have made a different decision and shook hands with the Bulls following the 1991 Eastern Conference Finals sweep, as re-visited for a sports-starved country in the documentary series, “The Last Dance.”

Thomas’ teammate Bill Laimbeer disagrees, even adding fuel to the fire by calling Michael Jordan and the Bulls “whiners.”

I have to say, I agree with Bill here. I don't really get why everyone was up in a tissy over a few fucking handshakes. I think we've just grown so accustomed to everyone in the NBA being all buddy-buddy that the idea of actually hating someone is foreign at this point. The move was so perfect from the Pistons team that I feel like it's hard to get mad at. Like sure, if you were on the Bulls or you're a Bulls fan, you have every right to be mad. If not, go fuck yourself. You have to appreciate art and the Pistons just walking right past the Bulls bench... was art.

It brings a smile on my face just think about it. Then again, I spent the majority of my teenage years idolizing Bill Laimbeer. Why Bill Laimbeer, of all people?

Basketball was never my thing growing up. My family always had some subliminal hatred towards it and my brief trials in gym class were too poor to explore outside of class. Third grade Ethan could not dribble the basketball for the life of him. It would just turn into me running with the ball like I was fucking Barry Sanders on the hardwood.

Naturally, everyone shamed me and made fun of me for my lack of athletic capabilities. Things like:

"Ethan please never sit with us at lunch again, you're an embarrassment"

You know, things that kids say.

Little would those fucks know, I was simply honing all of my necessary skills to one day become a varsity bench player on the soccer team. I know, thinking about the long term was the best option.

"Ethan, what does have to do with anything"

Well, I had accomplished my goals, it was now time to ruin the goals of the people who wronged me back in the third grade. My friends love basketball. They always talked about some rec league they were playing in like it was the fucking NBA. You would've thought every Saturday in my town was some sort of NBA on TNT extravaganza.

The idea machine in my brain started churning. I still held a grudge for that fateful day in third grade, it was time for payback. I knew I had to ruin their twilight years in that league. The only problem was that my skillset was very limited on the court. I pretty much looked like the make-a-wish kid who just happened to wander onto the court and get up a few shots before the game started. Something had to change if I wanted to rip titles away from my friends who had played basketball their entire life.

That's when I found the "Bad Boys" 30 for 30. It changed my entire approach. I was gonna sit outside all day - like a sucker - just throwing balls at the rim until they started to go in. This documentary made me realize that I had to work smarter, not harder. The main man behind that was...

He became my role model, my idol. He was everything I wanted to be and more.

“Why would I regret it now, today? I don’t care what the media says about me. I never did,” Laimbeer, the face of the Pistons’ physical style, said on ESPN on Monday. “If I did, I’d be a basket case, especially back then.

“I was about winning basketball games and winning championships and did whatever I had to do to get the most out of my ability and our team — and we did. At the end of the day, we’re called world champions.”

This mindset is exactly what I adored. I don't care about you, I care about winning. You gotta get down and dirty if you really want it that bad. I pretty much modeled my life after him. One could argue that I was obsessed with the big man, but I tend to disagree. Just because I watched the Bad Boys documentary before every rec league game that makes me obsessed? For sure not.

That's exactly* why, in my senior year, I beat a team of all of my friends in the championship. Effectively ruining what should've been their night. I even took a charge and fouled out, just like Bill taught me.

Revenge accomplished, all thanks to Bill Laimbeer and the bad boy Pistons. Sadly, my days of being a rat on the court are long past me as I didn't necessarily enjoy most opponents trying to fight me. Nowadays I'm just a pass-first guy who doesn't want any sort of confrontation what so ever.

So without Bill Laimbeer, I don't know where I'd be. If I had lost that championship and suffered a SECOND embarrassment on the hardwood with my friends, I probably would've just withered away like I was Spiderman in Infinity War.

This is why I want to be like Bill Laimbeer when I grow up. He wins ugly.

PS - My jersey from that ultimate triumph hangs from my ceiling so I never forget that I had the last laugh. 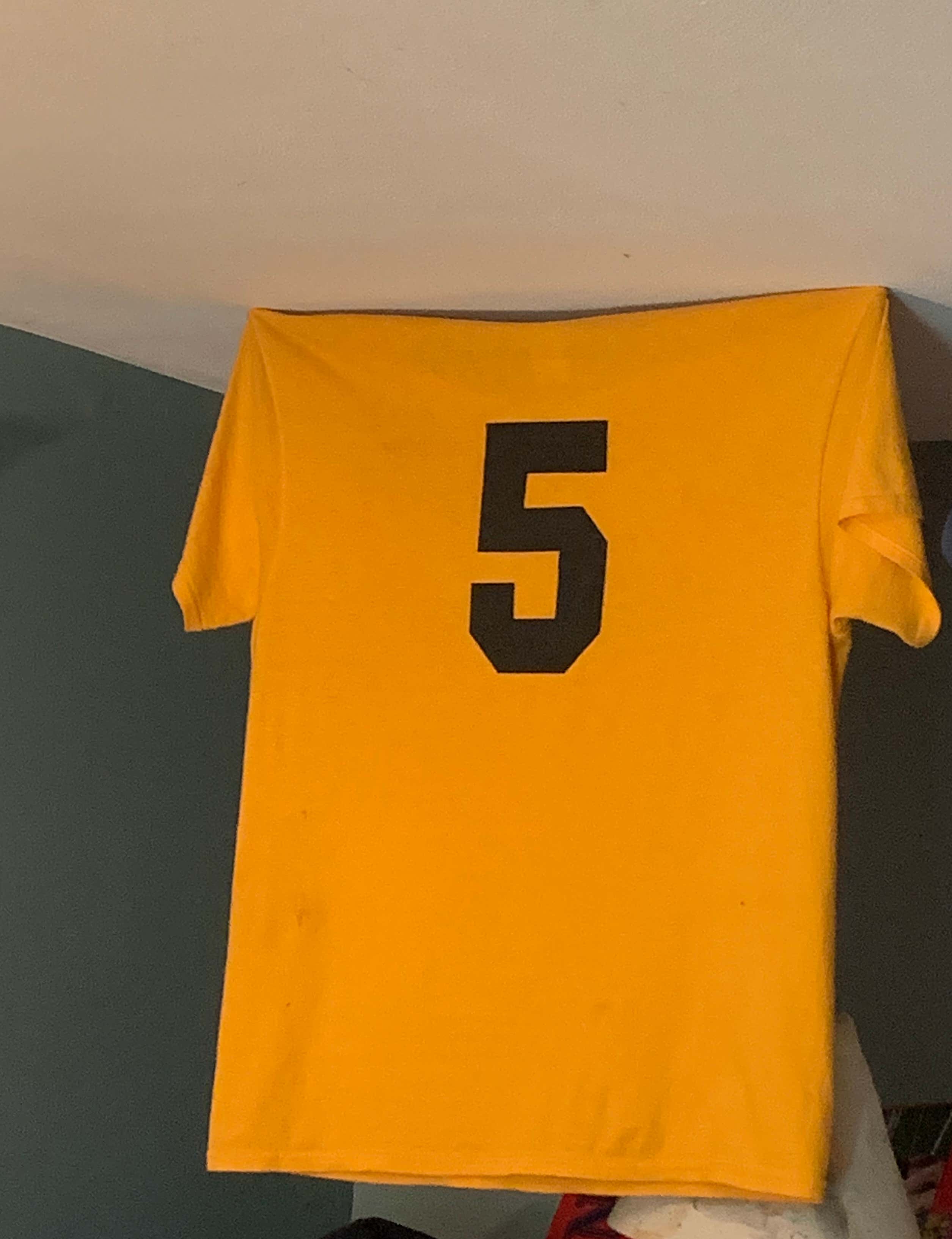